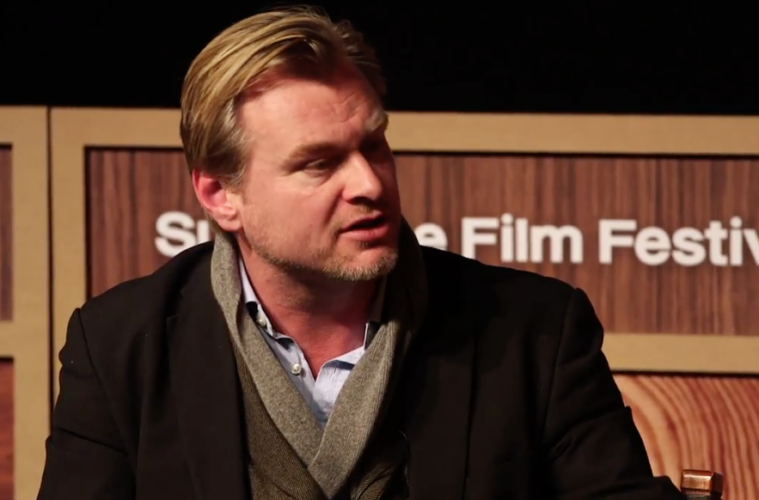 Watch: 1.5-Hour Talk With Christopher Nolan, Alex Ross Perry, and More on the Future of Film

They may be on different sides of the budgetary spectrum, but Christopher Nolan and Alex Ross Perry (Listen Up Phillip, Queen of Earth) share a mutual deep appreciation for film, opting to use it over digital in their features. Joined by fellow celluloid enthusiasts Jurassic World director Colin Trevorrow and cinematographer Rachel Morrison (Dope, Fruitvale Station), they all sat down for a 1.5-hour talk at the 2016 Sundance Film Festival today to discuss the art of film, and it’s now online in full.

Touching on a wide range of topics within the over-arching subject, they discuss film schools, piracy, the future of exhibition, conspiracies to kill film, the importance of having children grow up seeing movies shot on film, the horrors of motion smoothing, and much more, it’s a great chat with some added humor from Perry. Nolan even calls out the press who jumped on a botched press screening for The Hateful Eight, saying there are just as many problems with digital, and both are out of the filmmaker’s hands.

Check out the full talk below, beginning around the 30-minute mark, in which Trevorrow also confirms that, following in the footsteps of J.J. Abrams and Rian Johnson, Star Wars: Episode IX will also be shot on film.

Kicking off “Art of Film” Weekend, in this celebration of celluloid, we look at film aesthetics, its intrinsic qualities and its appeal to filmmakers who have made the artistic choice to employ film as a shooting format. Since the birth of cinema, artists have found within a thin strip of celluloid film myriad forms of expression and a magical medium through which to tell stories. Join Christopher Nolan, Colin Trevorrow, and moderator Alex Ross Perry.

What did you take away from the conversation?