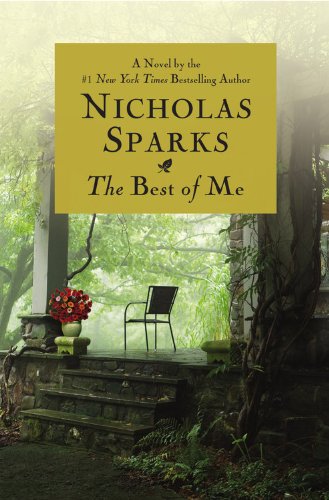 Warner Bros. Sets Writer For Nicholas Sparks’ ‘The Best of Me’ Adaptation It is becoming increasingly apparent if you want to make bucket loads of money and don’t have a good idea for a script in Hollywood, Nicholas Sparks is the go-to resource. According to Deadline, Warner Bros. has hired J. Mills Goodloe (Pride) to adapt Sparks‘ latest bestseller, The Best of Me. The studio obtained the film rights to the book last June, even though the novel wasn’t even released until October.

The novel tells the story of “two former small-town high school sweethearts from opposite sides of the tracks. Now middle-aged, they’ve taken wildly divergent paths. Neither has forgotten their first love affair, and when they return to their hometown for a funeral, they meet and confront the past and a possible future.” I can’t help but feel that this story sounds almost identical to Sparks‘ huge hit The Notebook, but I can guarantee that this one will make millions all the same.

Since beginning his writing career in 1996, Sparks has had seven novels adapted for the screen, which is pretty good considering the repetitive and seemingly mundane nature of his novel’s plots. His most recent adaptations were Dear John, The Last Song, with the Zac Efron-led The Lucky One, hitting theaters April 20th. His 2010 novel, Safe Haven, is also in pre-production with Lasse Hallstrom set to direct and Keira Knightley circling. Goodloe is set to begin his adaptation of The Best of Me immediately.

What do you think of another Nicholas Sparks novel hitting the big screen?