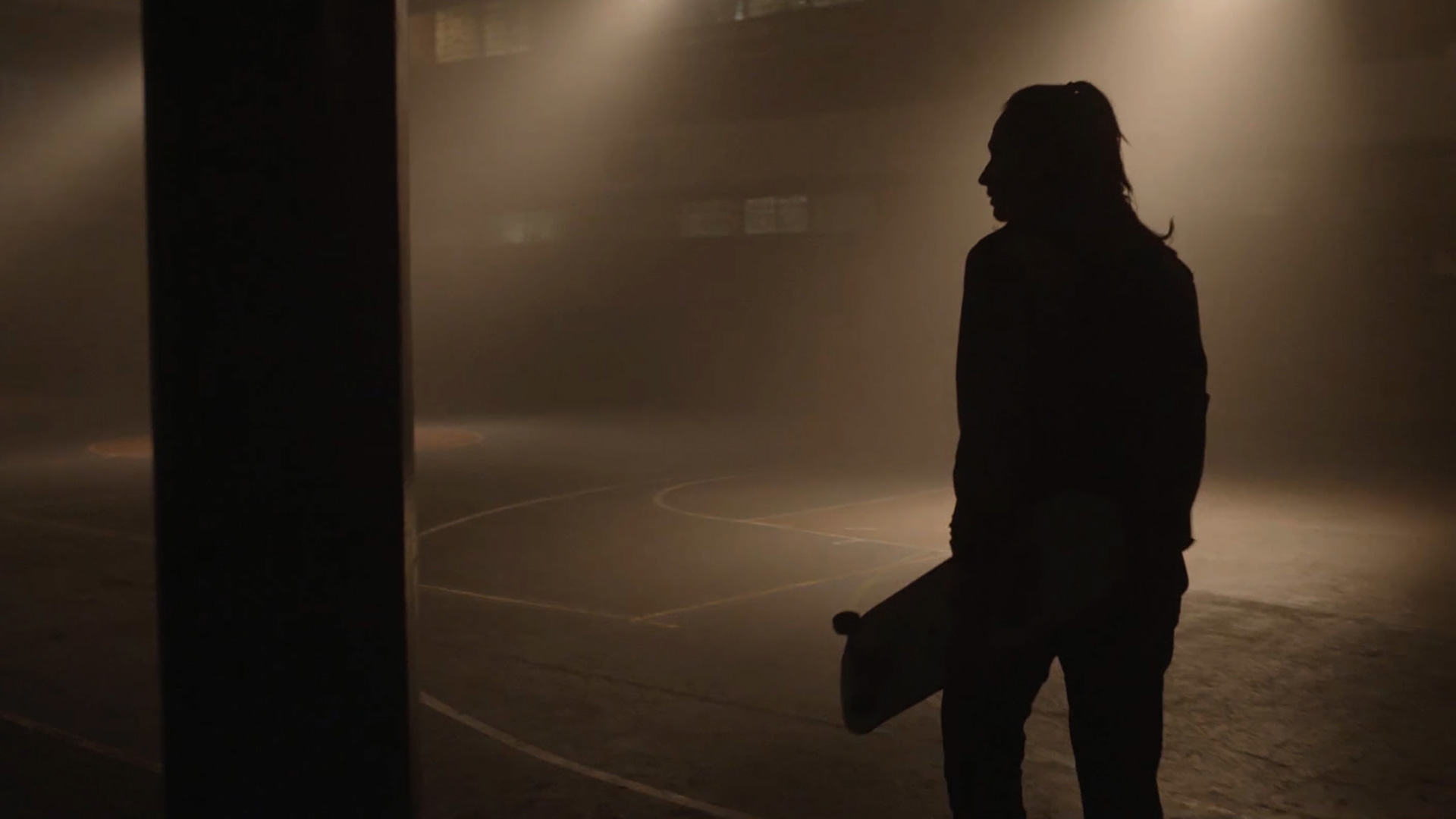 An unknown virus has spread through Montevideo, causing a zombie-like apocalypse. No one knows what it is or where it came from, but signs of aggression leading up to the all-out carnage were there for anyone looking. Iris (Paula Silva) wasn’t. Her existence of late has epitomized not paying attention as a means of survival. She’s retreated from loved ones (Franco Rilla as her husband Javi and Pilar Garcia as their daughter Tata) in order to numb her pain with alcohol and revel in zero-responsibility living. So if Iris can’t remember a promise to watch Tata while Javi takes an exam, there’s no way she has noticed her city gradually falling apart. Unfortunately for everyone, however, the day has arrived when ignoring it has become impossible.

Director Gustavo Hernandez Ibañez and screenwriter Juma Fodde Roma’s Virus :32 is thus very similar to most zombie films of its ilk. It focuses on an unsuspecting character trying to protect her family at a time when doing so had stopped being a priority, introduces a secondary character (Daniel Hendler’s Luis) with the ability to provide mutually beneficial assistance in return for a favor, and places them both inside a central, supposedly empty setting wherein its fortress-like safety becomes a prison-like liability the moment walls are breached. Where it looks to set itself apart is the added wrinkle of a gimmick. Whenever an infected person beats a healthy living being (human or animal) to a bloody pulp, they freeze for 32 seconds before rising to hunt again.

That sounds random because it is. So is every new device attempting to shake up a ubiquitous genre that has oversaturated the film / television market. The question is whether the filmmakers manipulating this tried-and-true formula have successfully allowed their random alteration to provide the necessary jolt of freshness they’ve hoped. I’d argue that Hernandez and Fodde have. By understanding that the role of something different is about entertainment value, they’ve been able to create a few legitimately intriguing sequences built around this phenomenon. Without wasting time to project a meaning upon it or a convoluted mythology no one cares to learn, they make the sensory experience paramount. How can that delay help their heroes? How can it ratchet up suspense? It’s a tool to exploit like any other.

And while the filmmakers do exploit it in the two most obvious ways—sacrificing oneself to give one’s ward a 32-second escape window and rendering a large group inert long enough to move through them unharmed—there’s another I can’t imagine anyone would guess until the scene begins. Are three instances enough to make Virus :32 a worthy product of the time and justify the effort to create it? Sure. If effective, one instance would be enough. How many zombie films don’t bring anything new to the table at all? The simple act of trying to inject that life earns my interest alone, and going too far overboard only makes matters worse by calling attention to the gimmick instead of letting it exist in the background.

Not that these stories are ever really about the zombies. This one is about a mother coming to grips with the guilt that has threatened to destroy her relationships and herself. Iris is being put in these circumstances to force her to confront the personal demons that she has struggled to hold at bay. Because she’s blown-up her life precisely so Javi will stop believing he can trust her to do anything of worth where it comes to raising their daughter, making her Tata’s only means of protection becomes the true nightmare—not the monsters trying to bash their skulls in. No matter what the overall threat was, Iris’ underlying human drive to save her kid will not waver. She’s messed up before. She won’t do it again.

It means she’ll have to step up, though. Whether that’s contacting Tata via security videos and telephones (Iris is working the night shift as a security guard for a public rec center full or gymnasiums, locker rooms, and a pool) or finding makeshift weapons (screwdrivers, stapleguns, etc.) to stop her aggressive antagonists, she’ll dig deep and do what’s necessary at risk to her own wellbeing. Having Luis there is a help, but he has his own family to worry about. So don’t be surprised if their individual survival conflicts with their mutual survival. Good people are prone to doing evil things for love. Both Iris and Luis will inevitably leverage the other’s desperation to preserve what little hope remains of their own success.

The result is a series of thrilling action sequences shrouded in darkness. Every room is a confined space and faulty fuses ensure power outages shrink our vantage further down into the beam of a flashlight. And just as infected maniacs enter the building, so too do healthy people on the run. Sometimes a room asks Iris to sneak past one stranger while others demand more ingenuity for camouflage and distraction. Friends and foes collide and merge until no one really knows who to trust—red scars on hands or not. The only certainty is a parent’s love for their child and those excruciatingly tense 32 seconds post-kill. Add a memorable atmosphere of hazy dread augmented by a couple long-takes and the journey proves itself worthy.