Venice Review: Walter Hill’s Dead for a Dollar is a Sincere, Modest Western 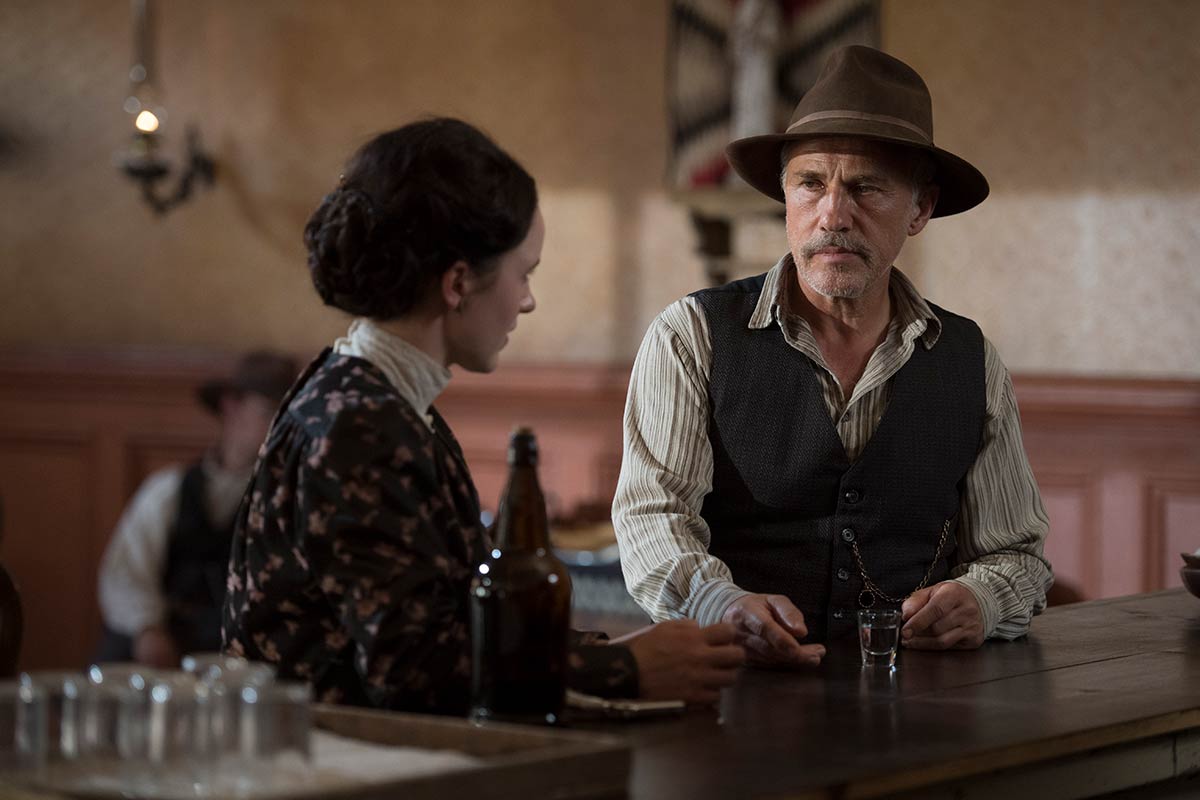 What room is left for an honest gunslinger in a world where their tropes are repackaged ad infinitum? Have meticulous imitators like Red Dead Redemption actually killed their makers? These are the half-truths that Walter Hill must contend with in Dead for a Dollar—as he must with shadows of past glories and, frankly, his film’s aesthetic limitations. Hill rounds up an Aish-list cast for a setup reminiscent of many modern Westerns, but with a few well-worn contemporary revisions thrown into the mix. “It’s an attempt,” Hill recently explained, “to deal with the modern issues of race and gender that we still struggle with today.” Well, no shame in trying.

His film is neither chore nor triumph: mythology is sincere, action slaps in that old Peckinpah way, and its actors, not least Willem Dafoe (hardly one to phone it in), make the appropriate amount of effort. Which is to say: not too much but not too little. We’re in 1897. Christoph Waltz leads the modestly starry ensemble as Max Borlund, a veteran bounty hunter hired to assist a black military man, Alonzo Poe (Warren Burke), in finding and capturing a deserter who abducted a politician’s wife (phew). Waltz’s Borlund is worldly, Burke’s Poe is mildly anachronistic—yes, this is similar to Django Unchained.

Having started in the business as a writer on shows like Gunsmoke and Bonanza, then moving on to direct some of the best mid-budget Westerns of their time, Hill has plenty experience to draw on. Dead for a Dollar is derivative by nature, but not in unpleasing ways. Hill’s appreciation for minimal dialogue—a style he has stuck with for decades, supposedly ever since reading the script for John Boorman’s Point Blank—is also present and accounted for in a film of succinct monologues and quippy one-liners, though quality of delivery varies dramatically from actor to actor. (And didn’t someone already say “I’m the guy with the gun” in a Sam Raimi movie?)

Naturally, it becomes clear the abduction part is fake news and, once the tracking is done, more complications arise: supposed abductee (named Mrs. Kidd and played with impressive intent by Rachel Brosnahan) is in fact fleeing an abusive husband (Hamish Linklater) and it becomes apparent that her relationship with the Civil war deserter Elijah (Brandon Scott) may have a salacious edge. Adding a little more spice to the mix is Joe Cribbens (Dafoe), an ex-con and a card shark out for revenge on Borlund, his sworn enemy. There is a powerful mining guy (Benjamin Bratt) and a wealthy British chap (Guy Burnett). Most characters are given something resembling an arc. All roads lead to a fateful showdown in Mexico. We know the drill.

The building blocks are there and they are, for the most, neatly arranged. Hill’s problem is more to do with tone: Dead for a Dollar is not a pastiche, nor does it fully commit—its territory is somewhere in that barren, dusty middle. Given the standard of some of its production, the casting at times feels less canny, more embarrassment of riches. (Thank Hill’s Rolodex for that one.) Perhaps the money could have been spread out a bit—there are great moments, but aesthetically it would look out-of-place even on a mid-rung streaming service. Yet Hill retains the capacity to deliver a money shot, and there are one or two sequences of widescreen grandeur that briefly threaten to roll back the years.

And what years they were. Hill’s journeyman career—moving from TV to movies in late-60s Hollywood, plugging away as a screenwriter before making the jump to directing—is a kind that doesn’t really exist anymore. He worked with Bogdanovich and Peckinpah. He gave Eddie Murphy his first starring role. He wasn’t even officially acknowledged for his most lasting achievement, adapting the script that became Alien, but he was eventually credited as producer on that film (as he has been on almost every Alien film since) and helped write the 2nd and 3rd installments—that’s gotta pay the bills. Hill will always be most fondly associated with The Warriors, though that movie’s cult status and iconography have long since transcended the work itself.

The director turned 80 this year, and while Dead for a Dollar won’t be troubling the foreword to any future biographies, it does pretty much what it sets out to. In the press notes, Hill’s humility endears: “Getting it financed was a miracle,” he explains, “Working with the cast, a beatitude.” It’s worth a look.

Dead for a Dollar premiered at the Venice Film Festival and opens on September 30.