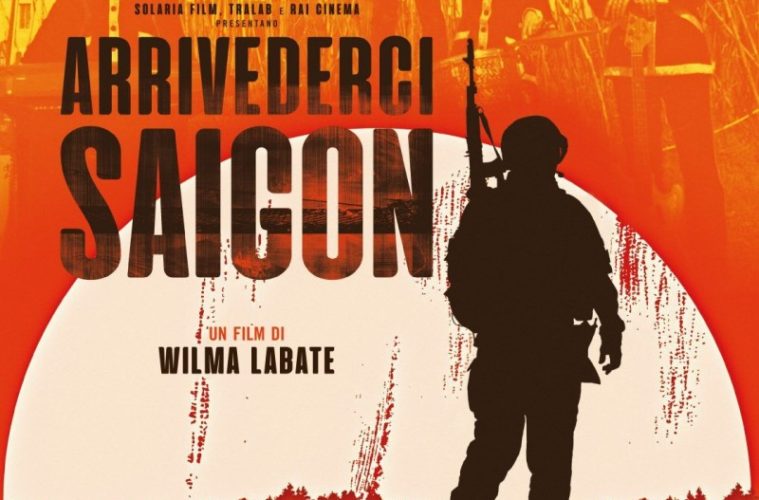 Venice Review: ‘Arrivederci Saigon’ Looks at the Vietnam War Through a Female Perspective

After Ken Burns’ exhaustive, comprehensive documentary series The Vietnam War aired last year there was little in the way of answers to the lingering question of how something as catastrophic as the Vietnam War was allowed to happen. The most common answer is that the United States were afraid of the spread of communism as Mao and his following had seized China. With Russia in lock-step, they feared the rest of Asia falling and considered Vietnam the last stand. Everyone now in hindsight knows that this was not a just war or a civil one, but a battle of a hypothetical fear that hadn’t been proven. President Kennedy and Robert McNamara were going to end things before it got even worse and Vietnam became a chess piece in a long-gestating cold war, but what they hadn’t fully considered was that Vietnam had a right to govern itself, especially after France occupied the land, in much the same way America did in the 1960s and early 1970s after World War II. What followed was nothing short of a nightmare and anyone unfortunate enough to get swept up in the tide of this war was never the same again.

In director Wilma Labate’s Arrivederci Saigon (Goodbye Saigon), we follow four such Italian women who were unknowingly sent to Vietnam for three months to stand alongside American soldiers, performing music for them nightly, under the guise of their manager sending them on a world tour. Labate immediately makes the connection between these women and the American soldiers through the factor of not having a choice in the matter. For the Americans, this was obviously the 18- and 19-year-old boys who were called through the draft to fight a war that some didn’t agree with and none understood. For Viviana, Rosella, Daniela, and Franca this wasn’t their Budokan Hall. It would be a hell they never anticipated.

Arrivederci Saigon has the curious effect of standing out among most documentaries on the Vietnam War simply because this one is about women. The majority of the time devoted to the rather strongly employed talking head segments are comprised of female documentation with the four women in their band, Le Stars, telling their own story. When war documentaries on war are made, the narrative is usually associated on the soldiers, not the collateral damage women experienced, and Goodbye Saigon’s centering of the pain these women went through while staying in the Vietnam capital makes the film markedly different amongst its predecessors.

In addition to it being a contextually interesting story due to the anomalous perspective it has within the genre of war documentary, Labate also uses archival footage to strong effect. She doesn’t have much to show of Le Stars’ original performances at the time but she intersperses brutal, unwavering pictures of war alongside footage of creation. This creates a dissonant effect when these two facets of human good and evil are placed beside one another, which fosters more complicated images. It isn’t rare for Labute to show the American embassy being attacked in one breath and footage of Aretha Franklin performing “Respect” seconds later. This creates a rhythm in the images giving us a full scope of both the culture at the time and our ability to create even in environments of total destruction. The usefulness of art in times of war is a topic that always comes up for debate during great conflict, especially in whatever political resonance it may contain and how that can affect or even mirror society, often times giving later generations a cultural document of what people went through during that time period. It is the implication that sacrifice wasn’t for nothing. It was for children who could later sing freely or walk the streets, who could grow up and later use that gift to enrich further generations telling their stories. Humanity’s greatest accomplishment is the great well of sharing we offer each other in creation, and our greatest evil is the dominance and destruction of people before they have the chance to create. Goodbye Saigon recognizes both sides, and in doing so only makes it that much more powerful to watch these artists develop and attempt to thrive on an individual basis.

This is obviously not a happy ending. These women still carry the trauma of the period very openly in their faces when they discuss the great horror they saw in Saigon. Their eyes well up when talking about dead bodies, they stammer trying to find the right words when talking about bombings, and they smile discussing terror to keep the horror at bay. Some of the women had psychological problems afterward, and others hold their time in Saigon in high regard, with a kind of twisted nostalgia for the period of their lives where they performed. All these women ever wanted was to be in a band, but poor circumstances snuffed that dream out before it had the chance to shine. There are still likely thousands of stories like this one from Vietnam, from those on the fringes of the war, that are worth hearing. This is especially true when made with the care and understanding put forth in a documentary of this caliber, which hears its subjects and gives them the images and stories they need to bring that part of their lives back to the surface.

Arrivederci Saigon premiered at Venice International Film Festival and is streaming on Festival Scope through September 19.