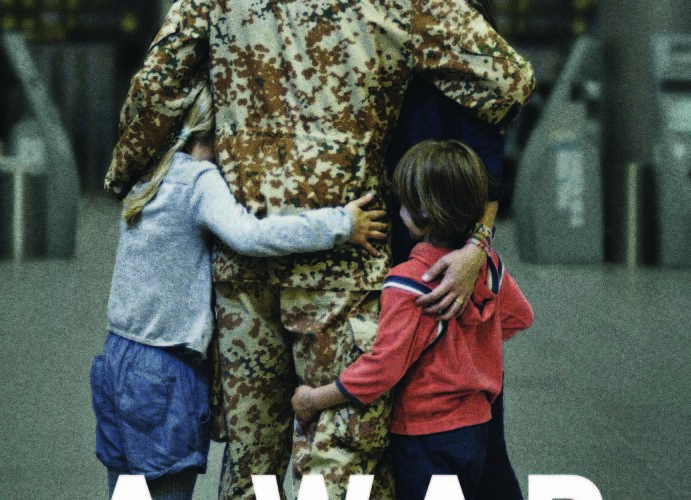 In only his second outing as sole director after 2012’s acclaimed A Hijacking, Tobias Lindholm is commanding unusual levels of respect and anticipation with A War – undoubtedly earned with the establishing of a very personal brand of filmmaking, rooted in observation, deliberate pacing and a terse directing style.

Viewers familiar with his previous film, a hostage drama detailing the hijacking of a Danish cargo ship by Somali pirates, will find the same approach at work in A War: protagonist Pilou Asbæk returns to shoulder much of the dramatic weight, aided by familiar faces like Søren Malling and Dar Salim and a roster of non-professional actors with relevant backgrounds. This time around, Afghan refugees and Danish military personnel add texture and detail to the story of Company Commander Claus Pedersen (Asbæk), stationed in Afghanistan and tasked with patrolling the province to prevent Taliban raids. Claus is an effective, compassionate leader of men, but the situation on the ground is heating up – one early scene is a particularly gruesome, visceral depiction of an IED incident – while back home his wife Maria (Tuva Novotny) and his three children eagerly await his return.

It’s frankly difficult to imagine a more generic setup for a contemporary war movie, but if there’s one director that can make the how more compelling than the what, it is Lindholm. The European perspective on the conflict is certainly an underutilized angle, yet not likely to make a difference by itself – the most recent example, 2014’s German drama Inbetween Worlds by Feo Aladag, is all but forgotten now.

What separates A War from less successful attempts is evident in exactly those situations you’ve seen a million times: a commanding officer trying to comfort a soldier after a tragedy, a husband calling his wife on a sat phone. Lindholm excels at a sort of controlled naturalism – malleable enough to let the scene develop autonomously, and so precise and inquisitive that there’s not even a hint of padding in sight.

When a scene begins, it looks similar but slightly different from the template that’s been drilled into your head by hundreds of other films. By that scene’s end, you feel things have gone in the only possible way they could. It’s a mixture of Lindholm’s screenwriting talent and the respectful distance he keeps from his subject, with the level-headed, refreshing clarity of mind that you can have while approaching ship hijackings or the war in Afghanistan for the first time.

In that regard, the editing by Adam Nielsen is key – never intruding on the intimacy of single scenes while switching fluidly from Claus and his men to Maria and her children back home. It’s a familiar rhythm, calling back to the alternation between the ship and negotiation room in A Hijacking. This time, however, the two worlds suddenly collapse into one in a manner that is as traumatic to the film’s structure as it is to the characters involved.

Without skipping a beat, and only gaining in moral complexity, A War morphs into a courtroom drama that’s not to be spoiled. Suffice to say that it builds on the empathy established in the first part and lets all the actors really shine, in a gripping yet appropriately toned-down confrontation.

A War premiered at the Venice Film Festival and opens on February 12th.