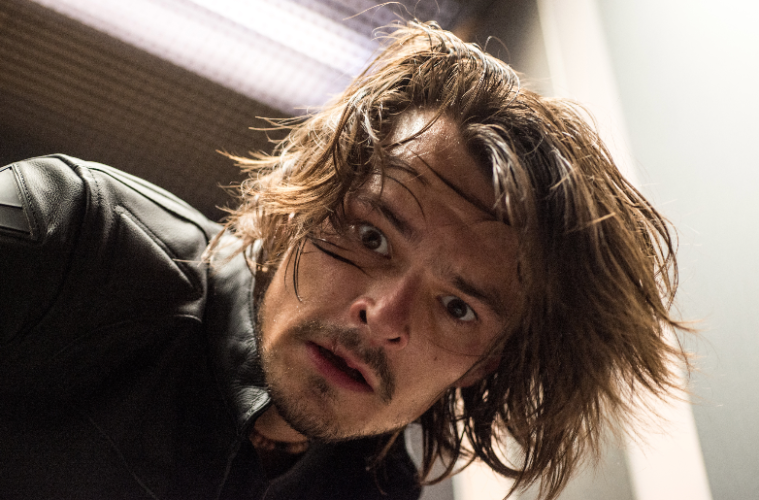 An emperor’s new clothes of technical virtuosity, veteran Polish director Jerzy Skolimowski’s latest is a frenetic, kinetic, but largely insipid speed through the lives of ostensibly random people in modern day Warsaw. Set under the titular 11-minute period, the film’s pitfalls lie in the style-over-substance route that has befallen many films that have such an annoyingly gimmicky framing device at its center.

11 Minutes’ limited time frame might suggest it harks back to the likes of Tom Tykwer’s Run Lola Run, but with its ensemble of bit-part characters, it resembles more a knock-off Amores Perros or Crash without the racism. Skolimowski, who also writes, presents at least 11 separate stories in an 81-minute running time which, even with my elementary maths, gives the film a mere seven minutes per story.

We open with a montage of found-footage shots to introduce our parade of characters – among them a beautiful actress (Paulina Chapko) and her jealous husband (Wojciech Mecwaldowsk), and a convict (Andrzej Chyra) about to be released from prison. Skolimowski is searching for a meta-textual comment about the nature of lives captured by the internet generation – do we realize we’re living it only fleetingly?

The film cuts to 5 p.m. on an apparently arbitrary day in Poland’s capital, its Stalinist Palace of Culture and Science dominating the skyline. The jealous husband is back, sporting a bloodied eye, while the actress is auditioning at an upmarket hotel with a sleazy Hollywood director, hammily played by Northern-Irishman Richard Dormer. The convict is now a hot dog salesman working outside the hotel, while a cross section of reasonably dull Polish urbanites go by: a window cleaner, a drug dealer, a paramedic team and someone walking their dog. We even see the scene from the dog’s point of view, as if to suggest that Skolimowski’s found some innovative new framing style. Perhaps a dot in the sky – photographed by a passerby on their phone – suggests some portent of these characters’ future.

The 11-minute setting means some of the characters have no set up, and seeing them run around isn’t intriguing – since we’re never interested in the first place. Some of the characters, such as a teenager robbing a pawn shop, were empty sideshows. Then again, the most regular story is of an impossibly slimy Hollywood director, one that’s so calamitously scripted it’s hard to take anything else seriously.

Skolimowski has been directing films since the 1960’s, but his latest has the air of youngster’s debut straining to impress. His last, 2010’s Essential Killing, was headed by a mute Vincent Gallo. Where silence led there, here Skolimowski fills with bangs and noisy tricks. A ticking clock occasionally forces home the time frame, while Paweł Mykietyn’s music is oppressively loudmouth. Elsewhere, a plane roars overhead, suggesting some sort of catastrophic crash is about to occur. The finale’s not quite that obvious — in fact, the ending when all these characters are fated to collide is radically bonkers.

11 Minutes premiered at the Venice Film Festival and opens on April 8th.