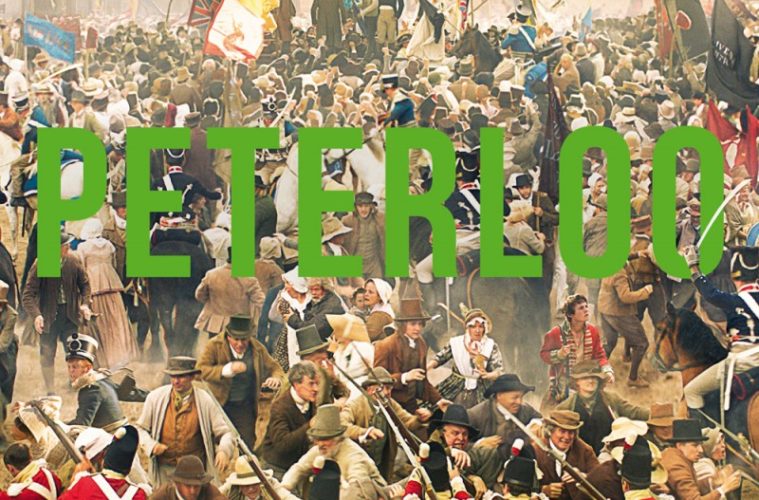 With all the toing and froing over Netflix and Lars von Trier in the lead up to this year’s Cannes Film Festival, Thierry Fremaux’s remarkable decision to reject Mike Leigh’s Peterloo–the director’s dense historical account of a massacre that took place in Manchester in 1819–went slightly overlooked. We say “remarkable” because Cannes is notorious for consistently honoring its old guard, and so the question remained: how exactly could such a prolific, Palme d’Or-winning auteur have fallen through the selection committee’s cracks? The simple answer might be that, for all its merit, Peterloo isn’t all that cinematic, and it’s jarring to say that of a Leigh film, especially one shot by Dick Pope, a collaborator who has worked on every movie the director’s made in the last 30 years.

It’s not that Peterloo looks bad, necessarily, but the digital photography and stagy theatrical acting give off the air of a prestige educational TV drama. Nevertheless, it is certainly a film worth seeing, maybe even one people ought to see. As historically detailed as it is demanding, Peterloo tells the story of the St Peter’s field massacre–and all the soured good intentions and abuses of power that lead to it–during which 15 civilians were killed and hundreds injured when cavalry charged into a peaceful rally for parliamentary representation reform (or the vote, if you will).

Leigh uses the majority of his film to set the scene for the massacre itself, taking a demanding but nonetheless fascinating first hour to show recreations of a large number of the meetings, rallies, and speeches that took place with the various parties involved. We see, amongst many others, a women’s suffrage group; a debate in the houses of Parliament; the board of a local left-leaning paper (who orchestrate the rally); and some regional lawmakers who seem determined to crush it. Chief among these players is a famous orator named Henry Hunt (portrayed in the film by Rory Kinnear) who is invited to speak at the doomed rally by the Manchester Patriotic Union, a group who rightly felt it was high time for the city’s newly created working class to be represented in parliament. This mood, as suggested by Leigh, was fueled by both the birth of the factory workforce and the food shortages that came after the end of the Napoleonic war.

This topic is obviously and evidently something close to the director’s heart and, having grown up just down the road in Salford, also one that is particularly close to home. If it shows in every frame of Peterloo, we should, perhaps, cut the man some slack for portraying this story’s arch-antagonists (who certainly deserve it) in such a cartoonish manner–not least the Prince Regent, who is played by Tim McInnerny but could have just as easily been mistaken for David Hemming’s Cassius from Gladiator. It goes without saying that Leigh portrays the working class in a far more jovial and sympathetic light, which is perfectly fair if, maybe, just a little black-and-white. Indeed, Leigh’s decision to revert to broad strokes having already laid out the incriminating hard facts seems unnecessary to say the least.

Whatever the case, these working class Northerners are exactly the sort of people Leigh has been writing into his films for his entire career and, as with his two previous period dramas (Topsy Turvy, Mr. Turner), it’s easy to spot and relish the simple enjoyment he takes in exploring the lexicon and lilts of that older Albion. The spirit of the rally itself and how Leigh captures it–all civil defiance, socialist camaraderie, and a basic appreciation for small personal sacrifices–shows just how much this all means to him and how affected he is by it. It would take a cold heart to not be affected by it, too.

Leigh translates the defining moment–and those in the immediate lead-up–to the screen with tremendous weight and great clarity, making the sense of tragedy all the more potent. Indeed, if audiences are prepared to sit up straight, take in an opening dialectic, and forgive the understandable shortcomings of some performers, there are many important, fascinating, and devastating truths to be found here.

Peterloo premiered at Venice 2018 and will be released on April 5.