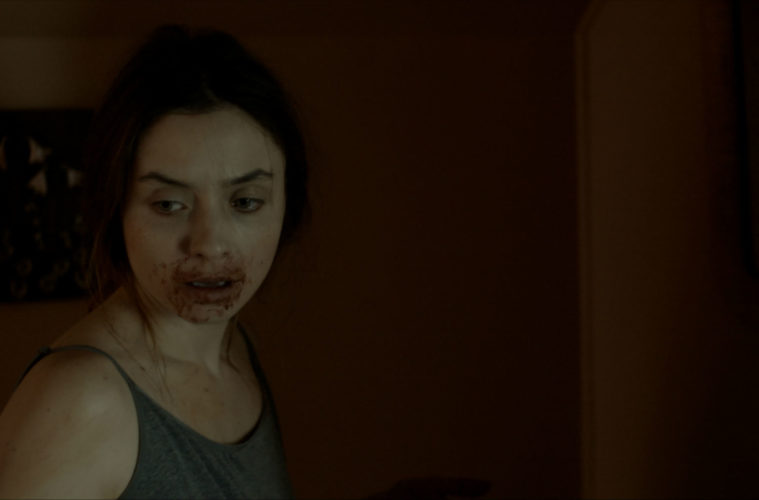 Unnerving First Trailer for ‘Shelley’ Shows the Horror of Child-Rearing

The first trailer has been released for Shelley, the feature directorial debut of Pakistani filmmaker Ali Abbasi and a horror film that looks to be extremely unsettling and unshakeable. It concerns Elena (Cosmina Stratan), a maid who works for an older couple desperate to have a child, but who cannot due to the wife’s (Ellen Dorrit Petersen) inability. As an act of kindness, Elena agrees to bear the child for them. Everything is peachy until things start to go awry for the once-so-seemingly-happy “family.”

Shown at the Berlin International Film Festival, where it was nominated for Best First Feature, Abbasi’s debut has been called “Rosemary’s Baby by way of David Lynch,” an extremely exciting conceptual prospect for fans of true genre fare. The trailer supports this praise, featuring beautiful and disconcerting cinematography with filmic grain and low-light imagery of flickering candles and ominous wood-chopping (never a good sign). Abbasi looks to have a strong sense of aesthetics, coupling oozing locked frames with unnerving, wavering handheld compositions that suggest he has a style of his own — one he will hopefully keep evolving in subsequent features as he sheds any inspirations that could be found lingering on his debut.

See the trailer below, along with a poster (via Apple):

An unholy force takes root in an expectant mother’s womb in this eerie, dread-inducing shocker. Privileged, nouveau-eco-hippies Louise (Ellen Dorrit Petersen) and Kasper (Peter Christoffersen) live off the grid in a remote home in the woods. Unable to conceive, the couple arranges for their immigrant maid, Elena (Cosmina Stratan), to act as a surrogate mother in exchange for payment. But as Elena becomes mysteriously sicker with each passing day, fears mount about what may be growing inside her. The debut feature from director Ali Abbasi is a stylish, atmospheric plunge into primal terror.