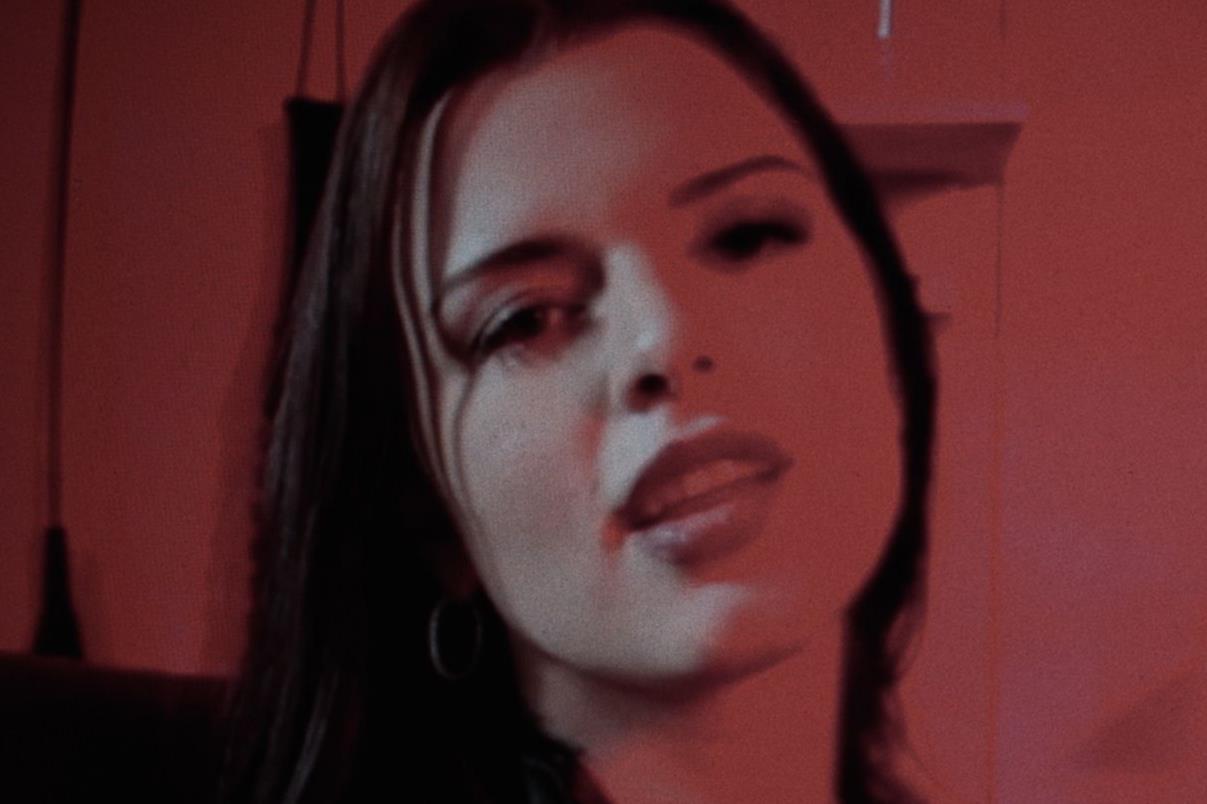 After delivering one of the best breakthrough performances in recent years in the Safdies’ Uncut Gems, Julia Fox is back in her first follow-up role. Ben Hozie’s PVT Chat, which premiered at Fantasia Fest last year, is psychosexual noir following Fox’s character, who plays a cam girl that forms a bond with a client. Now set for an early February release, the first trailer and poster have arrived.

“A complicated and messy film that plays with ideas of eroticism in the digital age, PVT Chat is repulsive, alluring, and darkly comedic,” Mike Mazzanti said in his Fantasia Fest coverage. “The film focuses obsessively on Jack, a self-absorbed, pseudo-intellectual online gambler whose primary means of human connection is with cam models. His self-aggrandizement is where the film gets the bulk of its repulsion. One model, Scarlett, played by a pitch-perfect Julia Fox, becomes the center of his fixations. Through a connection that is digitized and distanced (and for Jack, wholly fantasized), Jack believes Scarlett to be the perfect companion to his solipsistic existence. Scarlett, on the other hand, is a more tangible and nuanced figure, bringing the heart to PVT Chat, even when it’s frustratingly difficult to discern if director Ben Hozie actually believes camming to be an authentic form of work.”

See the trailer and poster (via Indiewire) below.