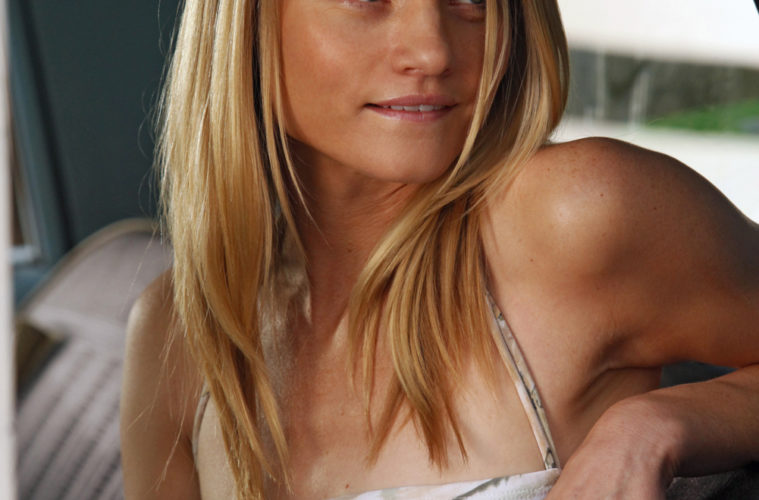 THR reports that True Blood‘s Lindsay Pulsipher will replace Hilary Duff in the role of legendary outlaw Bonnie Parker in The Story of Bonnie and Clyde.

Cypress Moon Studios producer Tonya S. Holly – who will be writing and directing the picture – had these comments:

“We are thrilled to welcome Lindsay Pulsipher as Bonnie Parker in The Story of Bonnie and Clyde. Lindsay will undoubtedly bring many layers to this critical role,” says producer Tonya S. Holly of Cypress Moon Productions in a statement.  “This is a gripping story about two of the most legendary fugitives in history.”

And they would like to stress that it has absolutely nothing to do with Duff’s recent announcement that she and hockey player husband Mike Comrie are expecting their first child. Scheduling conflicts have gotten in the way.

This may be yet one more completely unnecessary remake of a pretty much perfect film, (that would director Arthur Penn‘s groundbreaking 1967 hit, which not only helped launch Warren Beatty and Faye Dunaway into the stratosphere, but was instrumental in opening up American films to a less-restrictive and more graphic depiction of sex and violence… any film school teacher can tell you that, going so far as to call Penn’s film the first Hollywood art film… but that’s going too far. It’s a fantastic movie, and if you haven’t seen it, you only think you like movies), but there’s a stunning silver lining to this thing: the presence of Lindsay Pulsipher, who walked away with all of her scenes as True Blood‘s incestuous were-panther nutjob Crystal Norris.

That role has clearly opened things up for her: Pulsipher starred in the Sundance feature The Oregonian, she’ll co-star in Meth Head with Lukas Haas next year, and is currently shooting the History Channel original miniseries The Hatfields and McCoys with Kevin Costner and Bill Paxton. Besides losing Duff, writer-producer-director Holly also lost her Clyde Barrow, Bonnie’s notorious partner and lover, to be played by Kevin Zegers, also due to scheduling difficulties. It happens:

“Due to our obligations with investors and international buyers, it is imperative that we stick to our current schedule,” Holly and producer Tom Rogers said in a joint statement. “Therefore we are forced to explore other options for the two lead roles. Unfortunately this happens all the time in the world of filmmaking.”

So does the world need another Bonnie & Clyde treatment? Of course not. The 1967 film – as historically inaccurate as it was – tapped into the youth culture revolution of the time and is the only version of this story that we need. The facts? Bonnie & Clyde were small-time criminals whose exploits – especially where Bonnie Parker was concerned – was somewhat exaggerated by the federal authorities… but those two and their gang were believed to be involved in nine police murders and several civilian killings as well. Could this project be an attempt to de-glamorize their image and expose the hardscrabble reality of their brief crime spree? Maybe. Still, the first movie was the best. I can see Lindsay Pulsipher knocking this one out of the park if given the chance, though.

What do you think of Lindsay Pulsipher as Bonnie Parker? Have you seen the original film?