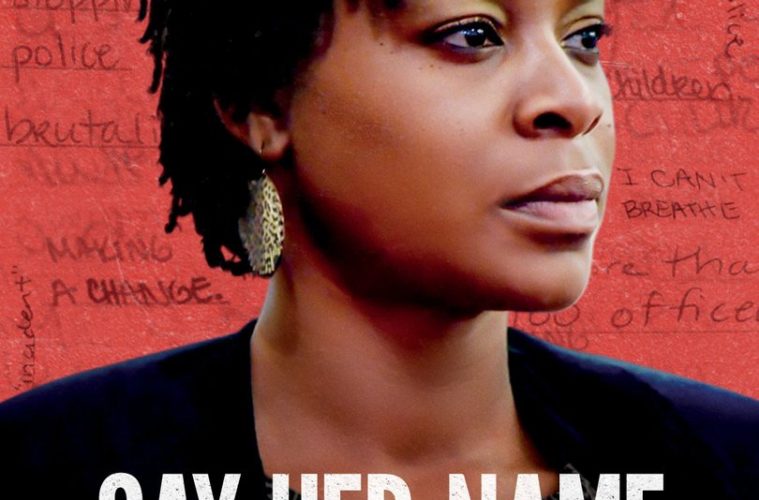 Tribeca Review: ‘Say Her Name’ is an Ambitious Look at Sandra Bland’s Legacy

Arrested and charged with a felony assault simply for bruising the fragile ego of Waller County, Texas officer Brian Encinia, Sandra Bland would later end up dead in an alleged suicide in an empty back corner holding cell in county lock-up. The details of her mysterious death, as detailed by an independent autopsy, still prove to be inconclusive as noted: there’s no DNA on the plastic garbage liner used in the hanging nor did this particular corner have cameras and proper monitoring.

Kate Davis and David Heilbroner’s Say Her Name: The Life and Death of Sandra Bland provides more questions than answers on the circumstance of her death, but also gives a sketch of her life as a young woman finding herself in a series of entry-level jobs in Chicago after college. A graduate of Waller County’s Prairie View A&M University, an HBCU, she finds herself returning for a temporary position amongst her friend. Inspired by the recent killings of unarmed black men by police, she takes to Facebook to make her stance known in a series of “Sandy Speaks” video diaries of the behind-the-wheel-of-a-car/direct address variety that hashtag activists of all political ideologies seem to favor. Bland was an articulate, educated, and inspiring woman who lectured African Americans and white allies on a variety of topics including race, the Black Lives Matter movement, hair, and gang violence. A woman of principals, she quit a decent job as a marketing coordinator with a Chicago-based cookware firm when she discovered they were supporting mass incarceration.

Chronicling Bland’s own Facebook activism along with an examination of the mysterious circumstances of her death, the film is part legal procedural, police mystery, and an exploration of the kind of racism that led to her arrest in the first place. (Truth be told, cooler heads should have prevailed and the matter should have been resolved in court). It’s the good fortune of the filmmakers that they’re able to present a case both on behalf of the Blands and their Chicago-based counsel, along with Waller County officials, including local DA Elton Mathis and Sheriff R. Glenn Smith who tell their side of the story. The filmmakers benefit from on the ground journalism as activists take over Waller County’s prison–which since has had a different scandals–projecting Bland’s “Sandy Speaks” video journals on the side of the building.

Embedded with Bland’s counsel as they strategize and file suit against Waller County, the jail, and Encinia personally, the film is unafraid to gloss over darker passages in Bland’s life, including a previous DUI conviction and other factors that provide a fuller picture for Mathis and Smith’s theories on the case. The fact that Bland is not a squeaky clean figure to be a face of police aggression (unlike James Blake) certainly doesn’t diminish the mystery at the core of the picture. If only they could have gotten a fired Encina to discuss the arrest; the officer had been charged by Mathis with a misnomer perjury charge that has since been dropped for reasons unknown.

The central thesis of the film falls on that particular encounter. If indeed Encina’s misnomer was discharged as it was not in the interest of justice, what purpose did Bland’s arrest serve? Say Her Name revisits the facts of the case in explicit, occasionally over-the-top details as the filmmaker are placed so deeply with Bland’s counsel that they are pointing out potential flaws with Waller County’s work. Certain moments either diminish the intellectual arguments at the core of the film or serve to further prove Bland was once here and now a specter looming over a never-ending, polarizing ongoing national conversation on racism and policing in America.

Say Her Name: The Life and Death of Sandra Bland screened at Tribeca Film Festival and will play on HBO.