Tribeca Review: Rudy! A Documusical is a Messy Look at a Messy Man 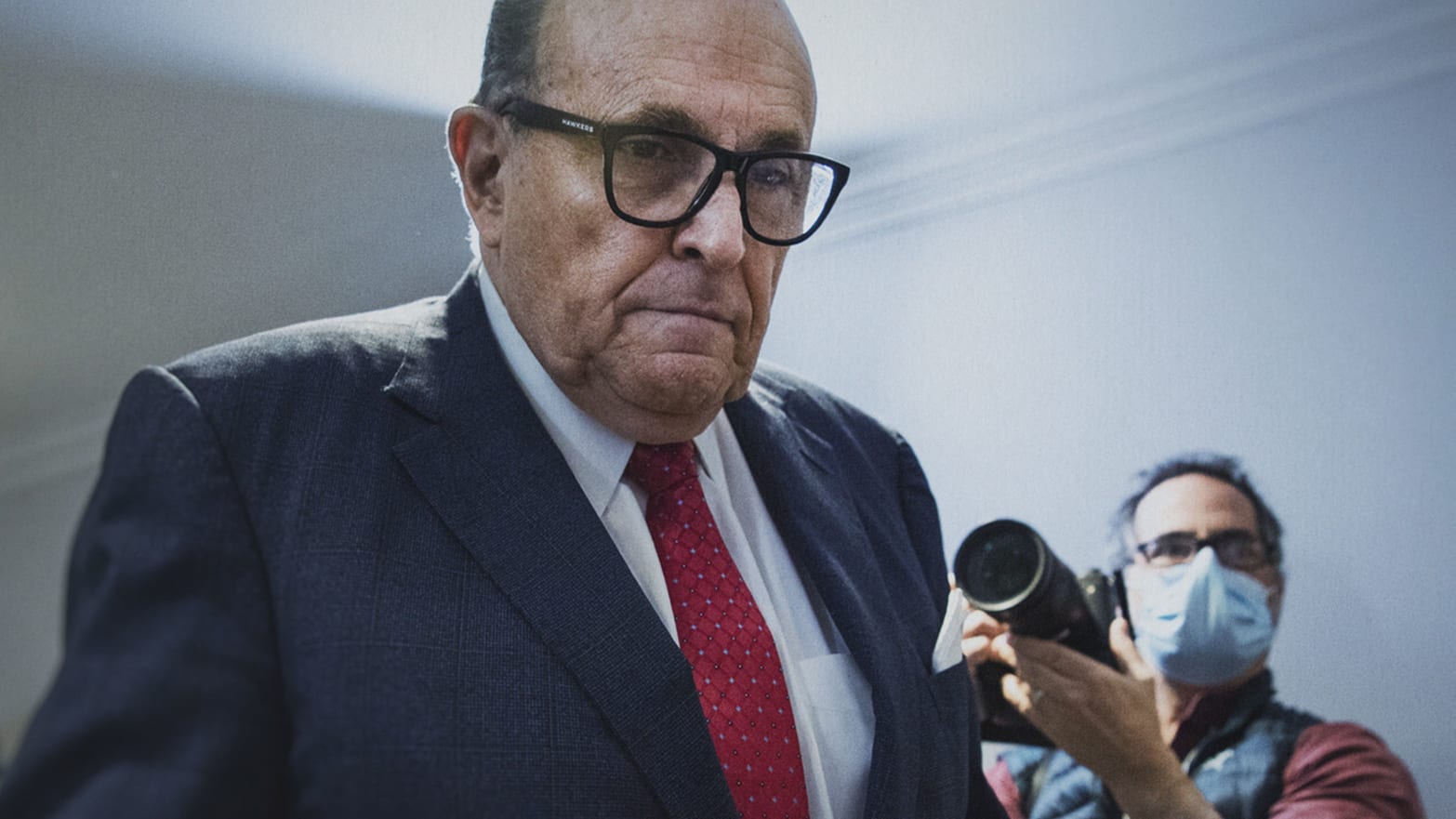 As complex and conflicted as the man himself, Rudy! A Documusical––which premiered on the same evening as the first primetime January 6 hearing––never quite knows to make of the man. There’s an old joke from Saturday Night Live‘s 9/11 era about making a TV movie featuring Rudy Giuliani and, true to the man himself, no one will like him until the last five minutes.

Directed by Jed Rothstein (WeWork: or the Making and Breaking of a $47 Billion Unicorn and The China Hustle), this look at “America’s Mayor”-turned-Trump-personal-lawyer views Giuliani’s life through the lens of those who knew him well, with a musical performance that seems to enforce an uneasy operatic structure onto his rise and continual fall. The man of the hour himself only appears in found footage and through a theatrical interpretation that walks a fine line between sincere portrait of a now deeply troubled contrarian and political satire. Like the man, Rothstein’s film is perhaps trying to do too much, using a few songs as a thin gimmick while also reminding us of Giuliani’s past troubles and an initial rise to power that eerily mirrors January 6.

A DA who made a name for himself prosecuting organized crime, his story is largely told in archival materials and by those that know him best—among them biographer Andrew Kirtzman and former advisor Ken Frydman. Rudy! chronicles his first failed mayoral run and subsequent follow-up. Painting a picture of David Dinkins as a mayor who lost control of his city, Giuliani gives an impassioned speech to a group of cops that leads to a riot at city hall. Once elected he appoints Bill Bratton to lead the NYPD and, according to the former commissioner, increases the pressure to expand certain patrols and arrests despite declining crime rates. This leads to the 1999 killing of Amadou Diallo and subsequent acts of civil disobedience, with Reverend Al Sharpton and Dinkins protesting both this incident along and ever-increasing stop-and-frisk policy.

As confidants detail, Rudy is a man of many contradictions. The son of a convicted criminal, he finds an almost religious connection to the law as a straight-and-narrow prosecutor. While deeply religious and dedicated to most of the principles of the ten commandments, he starts seeing women on the side. Later he’d transform into a mogul of excess, spending thousands of dollars a month on whiskey, cigars, and questionable company—all in a bid to stay relevant to a certain set of power brokers. His downfall is chronicled by New York Magazine’s Olivia Nuzzi, who has quite a few stories to tell by hanging around the lobby of Trump’s DC hotel.

Rothstein’s portrait is undoubtedly an entertaining affair, finding humor in the absurdity of Giuliani’s rise but also chronicling his darker moments—among them his activism on behalf of Trump-World to overturn the results of the presidential election and ensure the contents of Hunter Biden’s laptop remain in the news. Rudy! is neither sanitized portrait nor sensationalized one of a man once punked by Borat. Hungry for attention, Giuliani will do nearly anything (including record Cameo messages) but refused to participate in the filming of this picture.

Rudy! A Documusical proves to be a bit uneven, and perhaps in doing so is fitting. Can a Rudy Giuliani picture be made without embracing just how far off the deep end he’s fallen and continues to fall? At a brisk 99 minutes, the film covers the story without the granularity of a deeper study that a docuseries might have engaged in over several episodes and even seasons. Drawing upon a life lived in the spotlight, its reliance on a few musical numbers seems out-of-place. This story is colorful enough without unnecessary punctuation.

Rudy! A Documusical premiered at the Tribeca Film Festival.