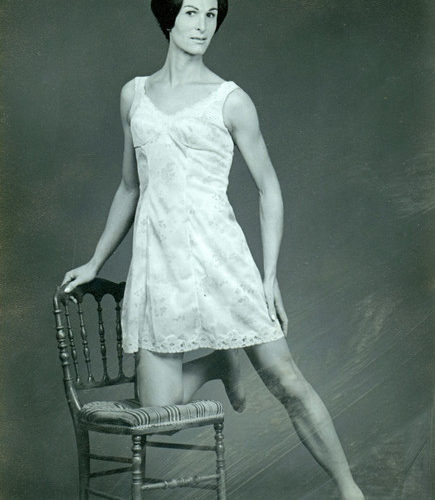 ESPN Films presents a documentary detailing the story of Dr. Renée Richards (formerly Dr. Richard Raskind) a trailblazing transsexual who took the tennis world by storm in 1977, when she tried to enter the US Open as a woman. It’s an ambitious effort that aims to tell an inspiring tale, but ultimately falls flat.

At the film’s start, director Eric Drath introduces the story of Dr. Richards’ transformation by admitting his own curiosity about her story, which made headlines during his formative years As an adult, he wondered what had become of the eye doctor who made tongues ’round the world wag when she’d won a woman’s tennis tournament in La Jolla, California. No further background is given on the documentarian whose insipid commentary ultimately bookends the film, creating an oddly disjointed narrative. After his terse introduction, he fades into the background until his voiceover interjects in the film’s final moments to create a forced sense of closure to the proceedings. It’s one of many amateur moves in this doc about a noteworthy tennis pro.

Renée Richards was born Richard Raskind in 1934 to an upper middle class family formed by two New York doctors. He went to the best schools, excelled at sports and proved a true skirt-chaser in college. To friends and family he was the ultimate alpha male. But Raskind, Dick to his friends, was hiding a secret: he longed to dress and live as a woman. He began cross-dressing at age 9, and by the time he’d hit college was keeping a stock of dresses in closet. Still, he greatly feared showing the world his true self, a persona he began to call Renée. After his fortieth birthday, he was a divorced father so miserable he was on the brink of suicide until he decided to commit to genital reassignment surgery. Before long, Richard had become Renée, and with this new identity she moved cross-country, leaving his only son, Nicolas, behind. While in California, Renée lived a blissfully anonymous existence. People there only knew her as Renée, and she felt at ease for the first time in her life. However, this all changed when a win at a public tournament drew her too much notice. Soon she was outed as a former he, and the media leaped to cover her quest to play Women’s Tennis despite protestations from those who deemed her not woman enough.

The tennis court has long been a place for feminist tales of triumph, including Billie Jean King’s 1973 win of the Battle of the Sexes against braggadocio Bobby Riggs. However, many women weren’t ready to embrace Renée, much less her story, as one of their own. While her hard-fought battle to play is admirable, Drath’s skills as a director are no match for the subject matter. He tip-toes around the controversial topics of transsexual rights and gender reassignment, giving voice to a number of Richards’ unmistakably progressive friends, but largely avoids her critics –including her sister. It’s an unmitigatedly sentimental portrait that refuses to ask Richard any hard questions about the choices she made in her life –including those that ultimately alienated her from her only son. By sidestepping the complexity of its central figure Renée comes off as a sappy and shallow exploration of this polarizing figure in gender politics. Whether or not Richards intended to be a role model, she was one, and as such deserves a documentary that respectfully reveals her — warts and all. Instead, Renée stumbles through her history, glossing over the darker periods. Yet this too may have been acceptable if it weren’t for the painfully poor production values.

To reconstruct the story of Renée’s life, Drath uses tattered family photos and some low-quality video from various newcasts. Writ large on the big screen, these distorted images are ugly, and the graphic treatments assigned them brings no life to the images. It’s as if Drath’s mild curiosity at the film’s start has infected its entire running time, packing it with lackluster imagery and fluff piece interviews. Pair this with the crude cutting style that allows no air for moments of humor or poignancy and what you have is a tragically mediocre documentary.

Renée is currently screening at the Tribeca Film Festival.