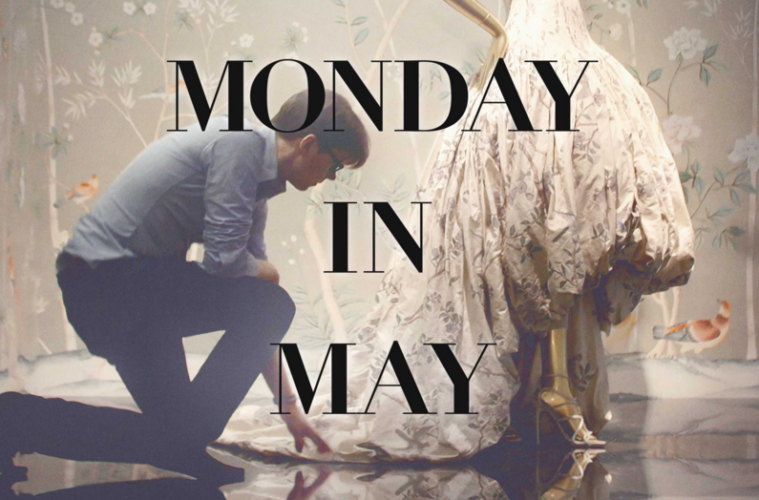 [Tribeca Review] First Monday In May

Following in the vein of last year’s excellent Ballet 422, First Monday In May offers another process-heavy view into the preparation of a prestigious event. This time, it’s the 2015 MET Ball and exhibition, China: Through the Looking Glass. But while Andrew Rossi’s documentary offers a sizable window into the production period by curator Andrew Bolton and his army of helpers, and equally surprising access into fashion icon Anna Wintour’s inner sanctum, First Monday In May is disappointingly shallow despite rich subject matter.

Fawning above all else, the Tribeca 2016 opener is handsomely crafted, but there’s a total lack of focus, let alone a visual identity. And it’s certainly not for lack of material. A gorgeous short film could have been made through a gliding tour of the finished exhibition, but as a full feature, Rossi never punctures the surface, leaving a sour taste of self-importance.

The idea of a fashion exhibition based around China is thrillingly confrontational in a world where we’re having constant conversations about cultural imperialism. And the curators of the exhibition are constantly aware of the legacy they’re referencing, and yet their engagement with it is always skin-deep. If the movie wanted to present this as a failure, that could be potentially interesting, but just as Wintour and Bolton wave away criticism with a few pat lines, the movie seems equally uninterested in the contradictory nature of this creation.

Bolton and Wintour don’t necessarily lack self-awareness. Early on, they speak aloud about the worries of people dismissing the event as a form of appropriation over original content. In Bolton’s words, they want the romance, but they also want to de-construct the stereotype. But over and over, they feign to deal with the ideas without actually recognizing the context. It’s the difference between recognizing a China of hundreds of years ago, and the contemporary China, which is still figuring out how to define its own identity.

Rossi presents the MET as a cultural monolith, but other than the actual exhibition, there’s none of that wonder in the visual presentation. Cinema has a long tradition of honoring cultural institutions, as recently as films like Russian Ark, Museum Hours, and National Gallery. Those films all took a distinctive approach, whether it was the virtuosic one-shot style or Wiseman’s fly-on-the-wall process. First Monday In May has incredible sense of access, but has no sense of how to contextualize this access into either a larger statement, or how to account for its own existence other than as a document.

Still, with such large personalities, the dialogue is occasionally chuckle-worthy, with Wintour fully embracing her reputation as a dragon lady. But from the moment she walks in the room, her punch-line is so clearly telegraphed. Whether she’s been too heavily ingrained into the cultural consciousness or not through simulacrums like Meryl Streep in The Devil Wears Prada, it’s not quite clear, but there’s a tedious predictability to nearly every conversation between Wintour and her lackeys.

Thankfully, the movie finds an occasional buffer in auteur Wong Kar-Wai, who’s called in as the artistic director, and whose turn of phrase is nearly as graceful as his filmmaking. Kar-Wai isn’t an aggressive presence, but he has no problem calling out the people planning the exhibition when it takes wrong turns. And there’s few things more gratuitously satisfying this year than Kar-Wai questioning Bolton about why sculptures of Mao and Buddha would be placed together in the same room.

Generally though, even the most famous fashion luminaries like John Galliano or Christian Dior just don’t have much to say about their craft, especially when their answer to why they’re fascinated with China is the same variation on mystery and romanticism that’s haunted the western perception of eastern culture for hundreds of years.

And for nearly the last twenty minutes, First Monday In May is just a parade of stars as the camera roves around the nearly five hundred guests attending the gala. Their outfits, all designed around the exhibition’s theme, are ravishing with trains so long they seem to ooze out of the people wearing them, and majestic embroidered patterns, but these scenes add almost nothing. Rather, the most cumulatively emotional moment comes as Bolton walks starry-eyed through the finished exhibition.

First Monday in May gathers together some of the most influential and radical contemporary figures in fashion, offers a comprehensive view into the creation of a groundbreaking fashion exhibition, and profiles one of the most exclusive figures in the world. And yet, somehow it all feels incredibly familiar.

First Monday in May opened Tribeca Film Festival 2016 and is now in limited release.