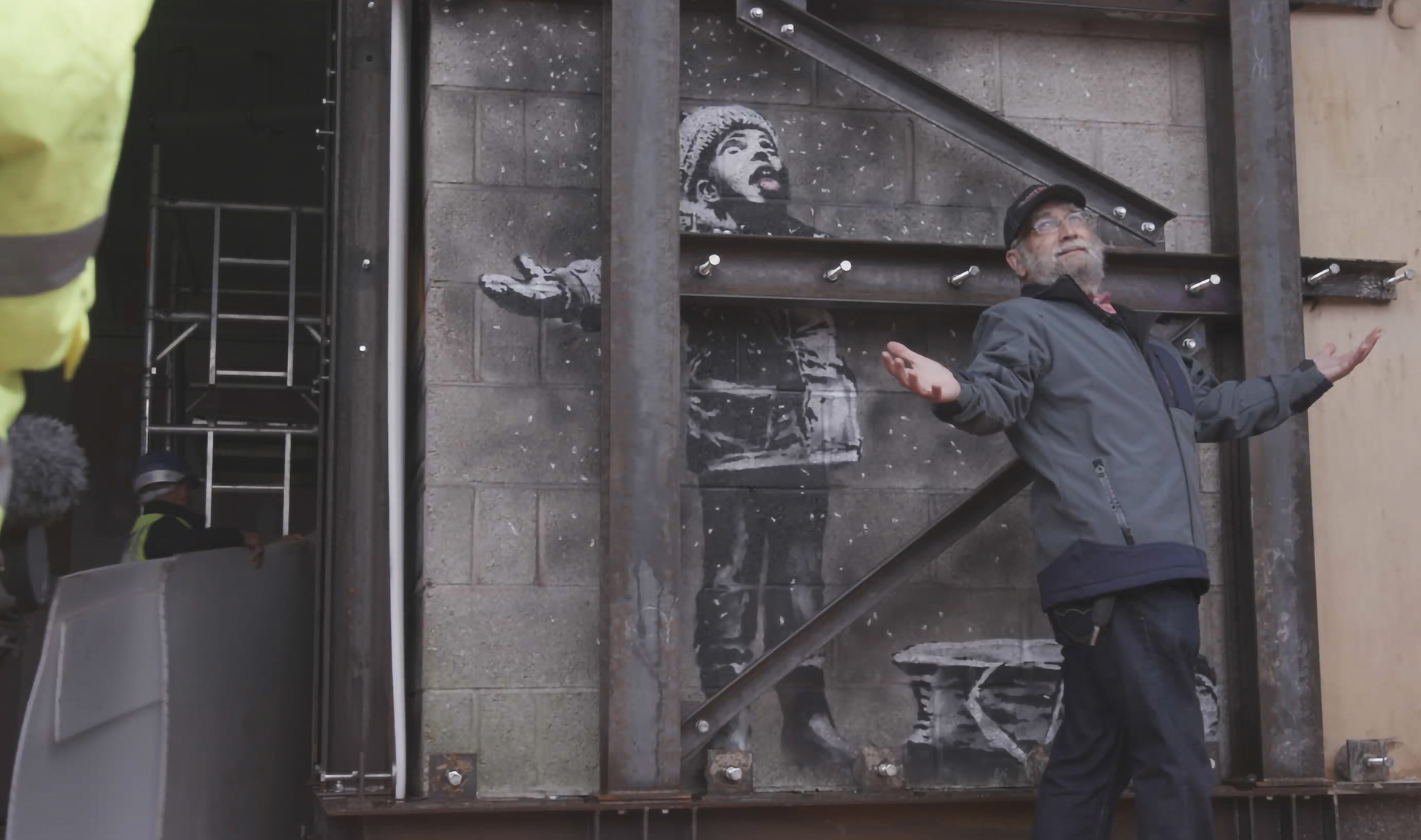 It’s always funny in a crisis like the current COVID-19 pandemic to see people screaming about how they don’t believe artists should receive financial relief. Unless they’ve been sitting on their lawn and staring at the sky these past two months, however, they’ve dealt very extensively with art on a daily basis. Maybe it’s entertainment like books, TV, movies, or music. Maybe it’s property such as homes, furniture, or interior design. And if we dig a bit further, we discover these people are also generally the sort of Ayn Rand objectivists who demand compensation be given for “genius.” You can’t simultaneously not pay for media and spout off about how nothing should be given away for free without becoming that which you’ve used your histrionics to rail against.

We love altering narratives to serve our purposes at the detriment of others because it creates an air of importance around us—intentionally or not. Documentarians Aurélia Rouvier and Seamus Haley interview two such people for their film Banksy Most Wanted who use Banksy’s Sotheby’s stunt of shredding a canvas once it sells for $1.4 million as a way to prove the artist has become a cliché. They spin the aftermath wherein the buyer declares what’s left a brand new artwork of note (a Banksy original painting becoming a Banksy original performance piece) to show that he is giving the art world’s upper crust exactly what they want. But like them, the upper crust is merely spinning what he supplies into what they want. And that’s his point.

It doesn’t matter what Banksy does. He can sneeze on a napkin and someone will frame it under plexiglass and charge admission. He’s therefore forced the art world to bend to his whims and in effect the people’s whims thanks to the collective making him famous rather than a handful of academic tastemakers who put a price tag on his work and deemed it important. And it’s precisely because that very art world fawning over his graffiti post-celebrity don’t know his identity that makes it possible. They can’t drag him through the mud and reconfigure his motivations by mining through the man-behind-the-mask’s history. They can’t use details outside the work’s realm to dismiss him outright. They have what we have: an emotional connection to the art. Nothing more.

That’s why what Banksy is doing should be considered genius—the same genius that these people believe should demand compensation—because he isn’t asking for money. He isn’t escaping on a plane to Galt’s Gulch so only the wealthy elite can enjoy his work away from the “rabble.” Banksy is conversely a champion of that “rabble.” His politics often lambast the one-percent, dictators, and capitalism. He gives communities something tangible for them to create a sense of identity around. And what do capitalists do in response? They use their wealth to steal it. They create artificial lines of demarcation between what’s vandalism and what’s art, ignore the artist’s intentions on placement, and put public art behind private walls. They confirm his scathing commentary by exposing their inherent hypocrisy.

The art world isn’t alone in this endeavor to commodify what they once fought so hard to keep away from their elitist sphere. As Rouvier and Haley show, the media is just as willing to whore themselves out to the myth of Banksy for a chance to be rich too. Three journalists are included here that believe they’ve cracked the case of who’s behind the stencils. Craig Williams, Martine Berg Olsen, and Claudia Joseph all lay out evidence while Banksy’s former agent Steve Lazarides laughs in the knowledge that he might have created these theories as red herrings meant to be found. Why else would two lead to musicians famous enough to make their outings too unbelievable to look closer? Banksy preys upon humanity’s greed on multiple fronts.

That’s what Banksy Most Wanted provides its audience: confirmation that no one can even approach the artist’s ability to make society into his art. The stencils are the medium, the world is the canvas, and the transparency he coaxes out of these opportunists (see Robin Barton) moving along with every tug on their strings as though they’re in control is his gift. So don’t get frustrated when it appears as though Rouvier and Haley have done little more than collect everything you already knew about Banksy into one package. Their film is very much a cursory overview of his impact and a timeline of his trajectory towards infamy, but putting that together does create something new by refocusing his legacy and reinforcing his status as art’s Robin Hood.

It’s also just plain entertaining to watch. Whether the severity of journalists propping Banksy’s identity up above his movement and thus employing forensic investigators to follow a trail of shell companies where the artist hoped they go or the common citizens standing up for what they’ve claimed ownership over as a public catharsis point, there’s a lot of passion going around that’s equally hilarious and inspiring. To then cap everything off with a feel-good tale where Banksy uses the one-percent to fund the very programs they bankrupt every voting cycle is the cherry on top. That’s a work of pure magic that Banksy being Robert Del Naja, Robin Gunningham, or a sprawling collective of artisans operating under a single voice a la Andy Warhol won’t change.

Banksy Most Wanted was selected to world premiere at Tribeca Film Festival.