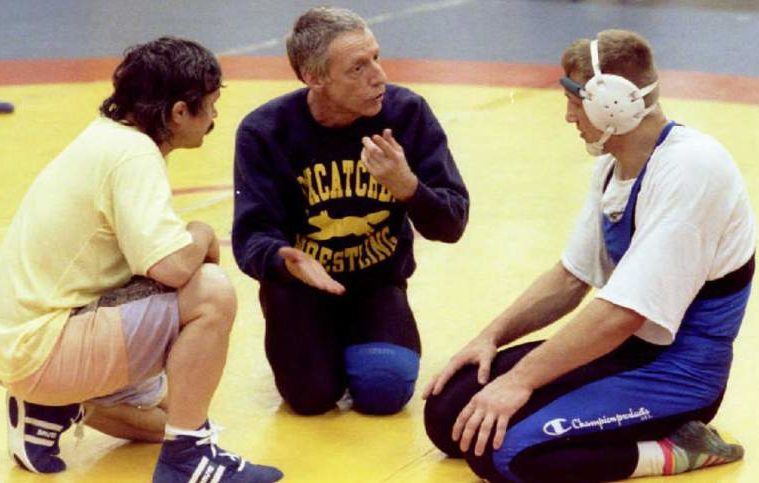 Trailer For ‘Team Foxcatcher’ Shows the Making of a Murderer

Upon the release of Bennett Miller‘s Foxcatcher, we shared a documentary made in 1988 that explores the wrestling compound created by millionaire John du Pont (portrayed by Steve Carell in the film), before he would go on to murder wrestler David Schultz eight years later. For those looking to dive deeper into the tragic story, a much more expansive documentary will premiere at Tribeca Film Festival ahead of a Netflix release and today brings the first trailer.

Coming from director Jon Greenhalgh, it explores John du Pont’s descent from philanthropist to murderer with exclusive new footage. “I’m proud to be a part of this film that was six years in the making to honor the incredible legacy of David,” said Nancy Schultz. “With his ties to the wrestling community, we felt Jon Greenhalgh was the perfect filmmaker to tell this story and pay homage to the kind of man and athlete David was.”

Check out the trailer and synopsis below.

From director Jon Greenhalgh, Team Foxcatcher chronicles the paranoid, downward spiral of millionaire John E. DuPont that led to Shultz’s tragic murder on the DuPont property in 1996. This single event shook the international sports world to its core and cut short the life of a loving family man and one of the world’s top athletes. The film was produced by Neil Fazzari. Jeremy Bailer and Ben Hatta served as Executive Producers.

But before the tragedy, the film begins with the rise of Schultz: a remarkable sportsman who emerged as one of the world’s fiercest wrestling competitors. Chasing his olympic dreams, Schultz and his family relocated to the seemingly idyllic Foxcatcher Farms and joined with DuPont – a benefactor with a vision for making the U.S. wrestling program a dominant global force.

Team Foxcatcher tells the story of descent into tragedy largely through the lens of Nancy Schultz, whose incredible footage chronicled her family’s time at Foxcatcher Farms. Archival home videos and first hand interviews show how the charismatic Schultz, an Olympic gold medalist and two-time world champion, became the heart of the program and DuPont’s closest confidant. But on the fringes of this powerful partnership emerged a manic, mentally unstable DuPont, fueled by a disturbing obsession with power, wealth and influence. The film builds to the tragic final hours at Foxcatcher Farms, the murder of Dave Schultz, and the two-day police standoff before DuPont was ultimately arrested and charged.