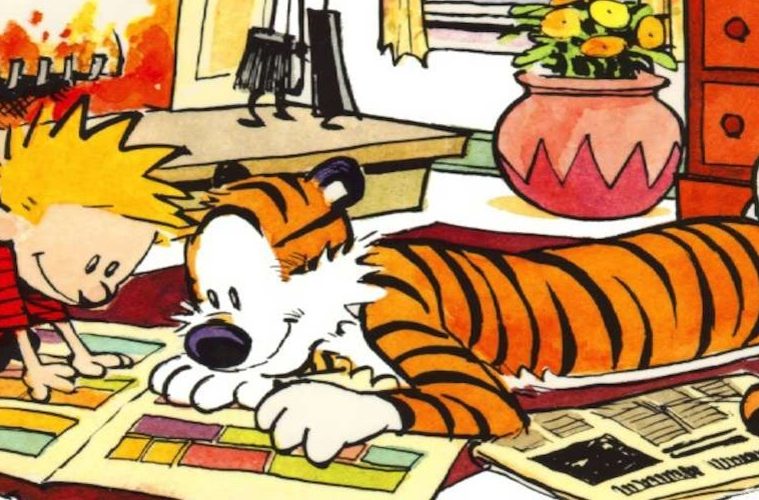 While last year brought a documentary that focused solely on Bill Watterson and his iconic comic strip Calvin & Hobbes, this spring brings a new film that looks at the medium as a whole, and with it, we’ve got quite a treat from the aforementioned artist. Stripped explores the creation of these bite-sized works of art and its transition from newspapers to digital. Featuring interviews with the creators of Garfield, Cathy, For Better or For Worse, The Oatmeal, Penny Arcade and many more, Watterson actually offered up his first illustration in nearly two decades for the film.

“Given the movie’s title and the fact that there are few things funnier than human nudity, the idea popped into my head largely intact,” Watterson tells The Washington Post when it came to the poster art he contributed. “The film is a big valentine to comics, so I tried to do something really cartoon-y. I had thought of having it colored with off-registered printing dots like newspaper comics, but Dave asked if I’d paint it instead, and I think he made the right call.” Directed by Dave Kellett and Frederick Schroeder, check out the trailer and Watterson’s poster below: What was your favorite comic strip growing up? Do you still read them now?