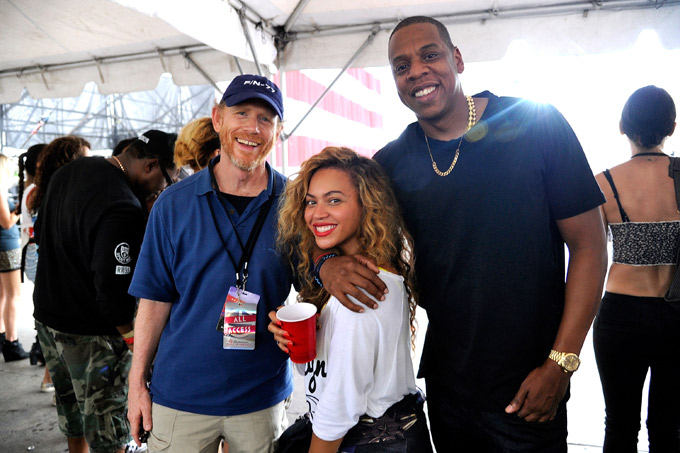 Trailer For Ron Howard’s Jay-Z Concert Documentary ‘Made In America,’ Premiering at TIFF After returning as TV’s favorite narrator in Arrested Development (and having a more substantial role than we previously imagined), Ron Howard continues his 2013 streak with a double feature at Toronto International Film Festival. Not only will the premiere of his Chris Hemsworth-led Rush take place there, but it’ll also hold the debut of his concert documentary, Made In America.

Spearheaded by Jay-Z, the event took place in Philadelphia exactly year ago, featuring acts such as Pearl Jam, Passion Pit, Dirty Projects, Odd Future, Drake, Run-DMC, Skrillex, Rick Ross, Janelle Monáe, Chris Cornell and more. The documentary will not only feature some of those performances, but also a personal look at the rise of the hip-hop star. We’ve now got the first trailer, which can be seen below, along with a festival statement, for the film that will screen on Showtime on October 11th following its TIFF bow.

Academy Award-winning filmmaker Ron Howard joins us onstage for a live conversation, preceded by the world premiere of his star-studded concert documentary (screening at the Festival alongside Howard’s Rush), which recounts Jay Z’s rise to rap supremacy, as well as his preparations for the titular music festival he both curated and headlined.
Whatever the discipline — acting, producing or directing — the prolific Ron Howard has always been one to try new things, and to celebrate the talents of those around him. In this Mavericks session, we present a live conversation with Howard, preceded by the world premiere of his new music documentary, Made in America.

Drawn from an enormous trove of performance footage and backstage interviews, Made in America captures the inaugural edition of an exciting new festival created by rapper and impresario Jay Z, which rocked Philadelphia over Labour Day weekend last year. In keeping with his excellent and eclectic taste, Jay Z’s extraordinary hand-picked lineup speaks to his broad and inclusive view of American culture.

Artists whose performances are excerpted in the film include Pearl Jam, Odd Future, Dirty Projectors, Skrillex, Santigold, and Janelle Monáe, not to mention Run-DMC, who, in one of the film’s more moving and entertaining segments, give their first live performance since the death of their DJ Jam Master Jay in 2002.

As seen through Howard’s affectionate gaze, Made in America is a love letter not only to Jay Z and his unique project, but also to the city of Philadelphia. Fascinating interludes include one-on-ones with audience members about what the show means to the Philly community — the responses are both positive and negative. Howard explores the birthplace of American Independence and how it relates to this unprecedented event. He even takes some time to follow a local hip-hop group through its attempt to get added to the prestigious bill.

Don’t miss this invigorating documentary — and a conversation with one great artist about witnessing the fulfillment of another’s dream.