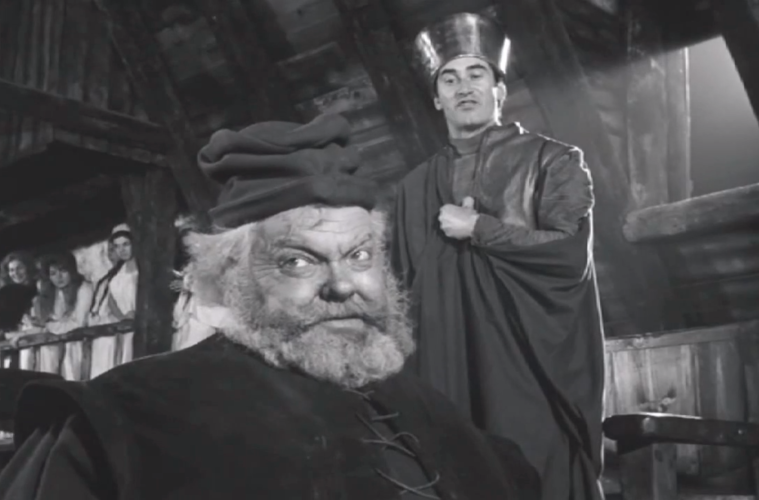 In the long, terrible line of indignities against Orson Welles, few sting as much as the suppression of Chimes at Midnight. His Shakespeare-pilfering masterwork — an amalgamation of scenes, characters, plots, and dialogue from various plays, with Falstaff (played by the writer-director) as its main character — has been the subject of various legal battles over the years, and although it’s been available in various bootleg formats, finding a truly proper edition has been almost impossible. This is made all the worse in light of what an achievement the completed film is, one characterized by a monumental eye for visual storytelling — to wit: the print I saw had a bad soundtrack, yet I was able to follow almost the entire film by simply looking at it — and epic scope, including a battle scene that was a key inspiration for Saving Private Ryan.

The recent discovery of a pristine print has primed a theatrical re-release that’s already begun touring Europe and select parts of the United States, and there’s thus a trailer advertising this occasion. Those who can’t make it (that’s most of us — even those living in a repertory capital such as New York City) need not worry about these limits: a DVD and Blu-ray will arrive in Europe on June 29, and Wellesnet report that Janus Films have scheduled showings at the American Cinematheque — one step from Criterion.

Watch the preview below (via Rope of Silicon), as well as footage, which recently made its way online, from the still-pending Welles picture The Other Side of the Wind and a video essay on  Welles at 100 with Jonathan Rosenbaum:

Chimes at Midnight is currently touring the world.