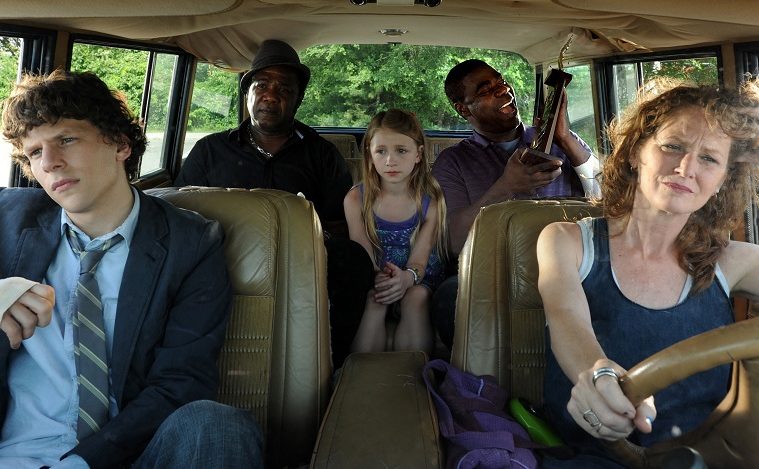 Jesse Eisenberg’s transition from humorous, intellectual indies like The Squid and the Whale to more mainstream comedies has proven a rocky one. While he landed a hit with Zombieland, his other attempt at wackiness, 30 Minutes Or Less, flopped miserably. But it looks like he’s giving the touchy genre another try – only, in dramedy from – with Why Stop Now.

A trailer for the Sundance selection has hit the web, and the feature debut from director, Phil Dorling – who co-directed along with the film’s screenwriter, Ron Nyswaner – seems confused as to what tone it wants to convey. Formerly titled Predisposed, it stars Eisenberg as a piano prodigy whose dysfunctional mother (Melissa Leo) endangers his chances at the audition of a lifetime. Because of her, he becomes involved with a drug dealer named Sprinkles (Tracy Morgan), and, I’m guessing, hilarity ensues from there. The trailer shows a more artistic style than the easy featured jokes would suggest, a conflict that could work to the film’s benefit; audiences might go in with no expectations

See trailer below (via Yahoo!):

Synopsis: Eli Smith, a piano prodigy, is dealing with his troubled mother and enlisting help from a hapless drug dealer on the day he has an audition for a prestigious music program. Events spiral comically out of control as this gang of misfits faces the mistakes of the past, the challenges of the future, and the possibilities of love.

Why Stop Now? will be available on VOD beginning July 5th, and opens in limited theaters on August 17th.

Do you see promise in this trailer?