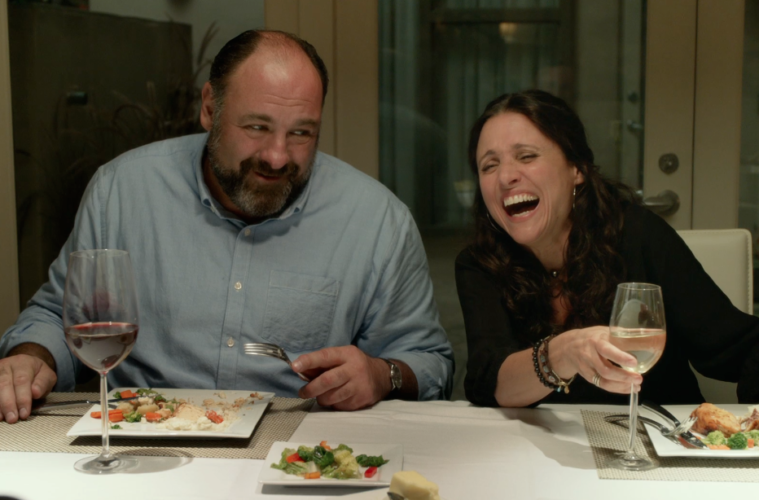 Following the tragic news of James Gandolfini‘s sudden passing earlier this summer, like many, we’ve been revisiting his works the last few months and now this fall will mark the release of his second-to-last feature. Premiering at Toronto International Film Festival next month, the first trailer for Nicole Holofcener‘s Enough Said has arrived.

Featuring Gandolfini and Julia Louis-Dreyfus as adults who fall in love, a kink quickly gets thrown into their relationship. With Holofcener coming off of her sharp and funny Please Give, this one looks to continue the same pattern and we can’t wait to see the results. Check it out below, along with the poster, for the film also starring Catherine Keener, Toni Collette and Ben Falcone.

A divorced and single parent, Eva (Julia Louis Dreyfus) spends her days enjoying work as a masseuse but dreading her daughter’s impending departure for college. She meets Albert (James Gandolfini)—a sweet, funny and like-minded man also facing an empty nest. As their romance quickly blossoms, Eva befriends Marianne (Catherine Keener), her new massage client. Marianne is a beautiful poet who seems “almost perfect” except for one prominent quality: she rags on her ex-husband way too much. Suddenly, Eva finds herself doubting her own relationship with Albert as she learns the truth about Marianne’s ex. ENOUGH SAID is a sharp, insightful comedy that humorously explores the mess that often comes with getting involved again.