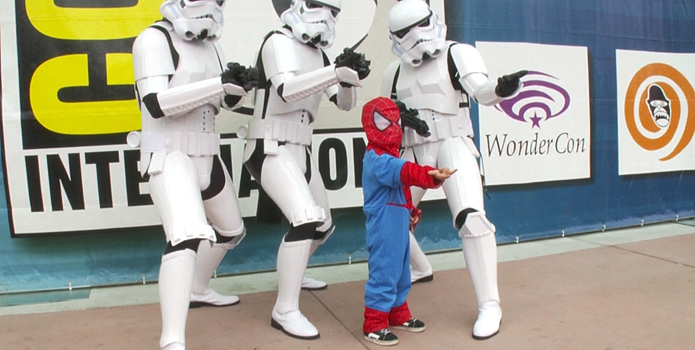 Filmed back during San Diego Comic-Con 2012, Morgan Spurlock‘s documentary detailing the entertainment event is finally ready for theatrical release. Comic-Con Episode IV: A Fan’s Hope sees the Super Size Me director teaming with comic legend Stan Lee, AICN’s Harry Knowles and Joss Whedon, whose The Avengers is hitting theaters the same weekend as this doc. Unfortunately, I can’t imagine this will get the same kind of release.

We’ve got the first trailer tonight via Apple which profiles the main trio the film focuses on, The Collector, The Geek, The Designer, as well as celebrities like Eli Roth, Seth Rogen and Kevin Smith. It seems like a the ultimate encapsulation of the biggest geek event in the world. Check it out below for the film also featuring appearance by Seth Green, Guillermo del Toro, Frank Miller, Matt Groening and many more.

Have you ever imagined a place where Vulcans and vampires get along? Where wizards and wookies can be themselves? Welcome to Comic-Con San Diego. What started as a fringe comic book convention for 500 fans has grown into the pop culture event of the year that influences every form of entertainment, now attended by over 140,000 strong. COMIC-CON EPISODE IV: A FAN’S HOPE- a film by Morgan Spurlock explores this amazing cultural phenomenon by following the lives of five attendees as they descend upon the ultimate geek mecca at San Diego Comic-Con 2010.