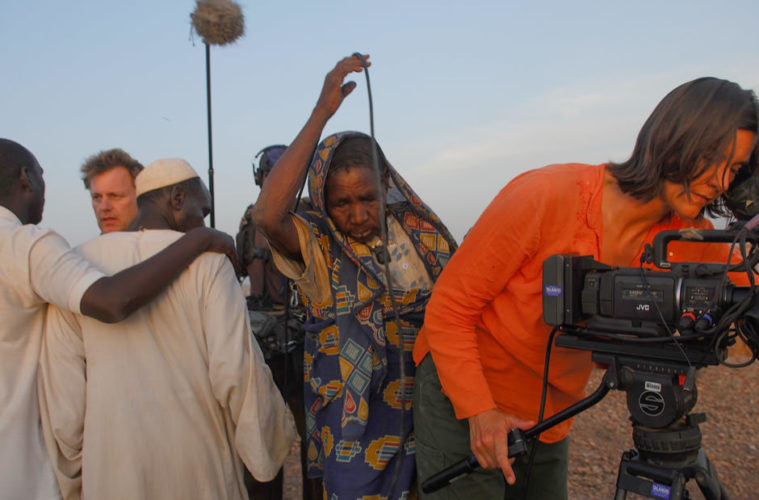 In just a few weeks, you’ll be able to see one of the very best films of the fall — and of the year, period. Kirsten Johnson‘s Cameraperson is an exhilarating, deeply personal look at the director’s decades of experience serving as a cinematographer and / or camera operator on documentary films. Janus Films picked it up following a Sundance premiere and will release the documentary early next month (followed by a likely release on The Criterion Collection), but first we have the debut trailer.

We said in our review, “Cameraperson is hypnotic, a montage of seemingly disconnected vignettes that slowly demonstrate commonalities among disparate figures around the globe. It’s B-roll and unused footage and logistical behind-the-scenes wrangling assembled into a video album. For non-fiction enthusiasts in particular, this is catnip, an interesting glimpse at sausage production. While shooting from ground level a herd of sheep tromping down a road, Johnson reaches in front of the lens to yank out some weeds obstructing the view. She and a director discuss how the images they’re capturing will be edited in the final cut. She repositions herself around subjects and objects to get the most interesting staging. With little overt explanation, this doc lays out a better portrait of the nuts and bolts of filmmaking than most instructional projects could ever manage.”

Check out the trailer below, along with Kirsten Johnson’s talk at New Directors/New Films from earlier this year:

A boxing match in Brooklyn. Postwar life in Bosnia. The daily routine of a Nigerian midwife. An intimate family moment at home. These scenes and others weave into CAMERAPERSON a tapestry of footage from documentary cinematographer Kirsten Johnson’s 25-year career. Johnson explores, through a series of episodic juxtapositions, the relationships between image-makers and their subjects, objectivity and intervention, and truth and storytelling. A hybrid work that combines documentary, autobiography, and ethical inquiry, CAMERAPERSON is both a moving glimpse into one filmmaker’s personal journey and a thoughtful examination of what it means to train a camera on the world.