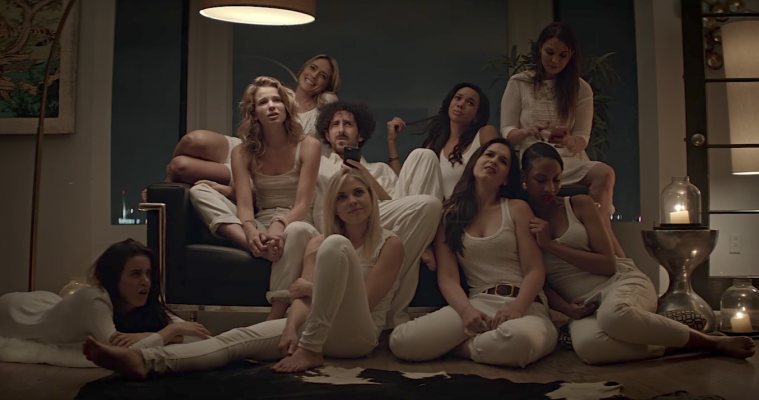 Trailer for ‘It Happened in L.A.’ Introduces a Whit Stillman-Esque Portrait of Los Angeles

One of my favorite discoveries at this year’s Sundance Film Festival was Michelle Morgan’s It Happened in L.A. (then going by the SEO-unfriendly title L.A. Times). As writer, director, and star, her voice was among the most unique I saw at the festival, mixing Whit Stillman’s sensibilities with a Wes Anderson-esque visual approach to deliver a sweet, distinct romantic comedy. Also starring Jorma Taccone, Dree Hemingway, and Kentucker Audley, the first trailer has now arrived ahead of a release next month.

“In an age where the modus operandi of love-seeking is ever-changing, a film can feel immediately dated on its journey from script to screen, yet Morgan’s voice feels like one of the freshest on this particular topic in some time,” I said in my review. “Eschewing the insufferable nature of the bulk of today’s romantic comedies, It Happened in L.A. stands apart with striking style in its self-aware shallowness.”

Annette (Michelle Morgan) and Elliot (Jorma Taccone) are a mostly happy, moderately neurotic L.A. couple. Maybe Annette doesn’t enjoy game nights or taco stands as much as Elliot does, but no relationship is perfect, right? Rather than embracing their differences, Annette can only compare their relationship to their happy couple friends. This cannot be endorsed by Annette’s beautiful but romantically troubled best friend, Baker (Dree Hemingway), who is very well-versed on the bleakness of the L.A. dating scene. Taking its cues from classic mid-20th Century comedies with a stylish and contemporary spin, IT HAPPENED IN L.A. is an irreverent tale of life and the search for elusive love in the 21st Century.