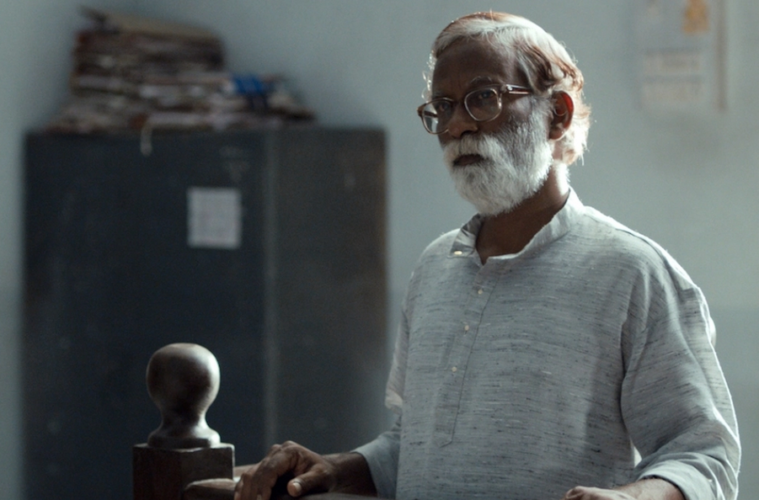 Despite earning a place at last year’s Venice International Film Festival and this year’s New Directors / New Films — and regardless of the fact that it picked up the former’s Horizons Award, a category honoring films “with a wider view towards new trends in the expressive languages that converge in film” — Chaitanya Tamhane‘s Court has been going under the radar. But now, with a domestic theatrical release commencing in just about three weeks, it’s time to shed a bit more light on a legal drama that, according to THR, showcases “one of the world’s most accomplished and promising film-makers under 30.”

Its first U.S. trailer makes clear that something  of a sleeper hit could be made out of this, not at all unlike the success that met this year’s other foreign-language legal drama, Gett. Short story: it looks fun, and what we have here is filled with interesting formal exertions and contains a strong dramatic set-up. Best of all, most early reviews will have us believe Court lives up to this established promise.

Have a look below (via Apple):

Winner of top prizes at the Venice and Mumbai film festivals, Chaitanya Tamhane’s Court is a quietly devastating, absurdist portrait of injustice, caste prejudice, and venal politics in contemporary India. An elderly folk singer and grassroots organizer, dubbed the “people’s poet,” is arrested on a trumped-up charge of inciting a sewage worker to commit suicide. His trial is a ridiculous and harrowing display of institutional incompetence, with endless procedural delays, coached witnesses for the prosecution, and obsessive privileging of arcane colonial law over reason and mercy. What truly distinguishes Court, however, is Tamhane’s brilliant ensemble cast of professional and nonprofessional actors; his affecting mixture of comedy and tragedy; and his naturalist approach to his characters and to Indian society as a whole, rich with complexity and contradiction.

Court will enter a limited release on July 15.