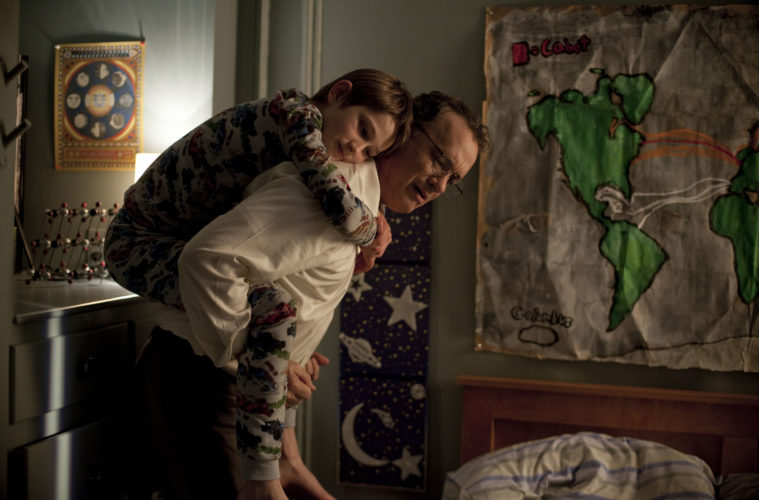 Trailer For ‘Extremely Loud and Incredibly Close’ – Is This Our Best Picture Frontrunner? Stephen Daldry has quite a streak going. His first and only three films (The Hours, Billy Elliot, The Reader) have all been nominated for Best Director. While no one gets a peek at his next film until late December, it looks like a sure-fire contender. Awards favorite Eric Roth (Forrest Gump, Benjamin Button, Munich) has adapted Jonathan Safran Foer‘s hit novel Extremely Loud & Incredibly Close for this 9/11 story.

With a cast of Tom Hanks, Sandra Bullock, Thomas Horn, James Gandolfini, Zoe Caldwell, Viola Davis, Jeffrey Wright, and Max von Sydow, it is one of my most-anticipated of the year and the trailer hits all the right notes. Aside from United 93 and 25th Hour there haven’t been many films that have effectively tackled the catastrophic event, but it looks like we can add another to the ranks. I’m not in love with the choice of U2 as it proves distracting, but other than this could be one of the most emotional poignant dramas of the year. Check out the trailer below via Apple.

Oskar (Thomas Horn) is convinced that his father (Tom Hanks), who died in the 9/11 attacks on the World Trade Center, has left a final message for him hidden somewhere in the city. Feeling disconnected from his grieving mother (Sandra Bullock) and driven by a relentlessly active mind that refuses to believe in things that can’t be observed, Oskar begins searching New York City for the lock that fits a mysterious key he found in his father’s closet. His journey through the five boroughs takes him beyond his own loss to a greater understanding of the observable world around him.