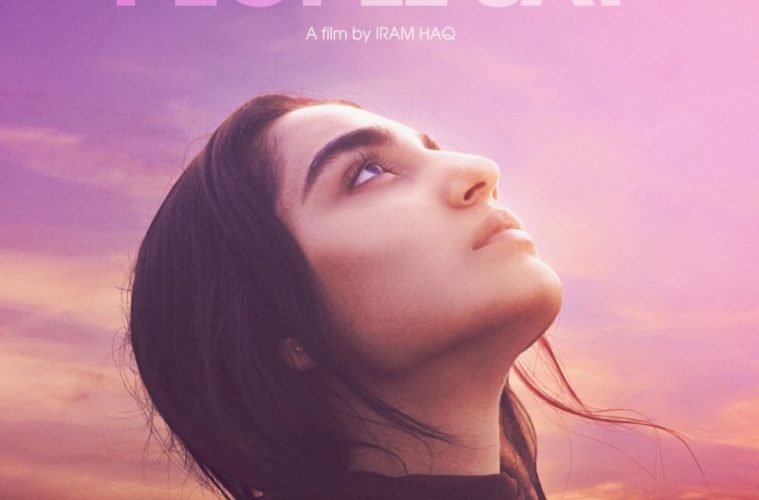 The Toronto International Film Festival synopsis calls Iram Haq’s latest film What Will People Say an “empathetic story of family, community, and culture.” I would call it straight up social horror made scarier when you discover that it was partly inspired by the artist’s own life. That festival description had me anticipating a road to catharsis wherein a culture clash between strictly conservative Pakistani Muslim values and a more liberal European lifestyle would force young Nisha (Maria Mozhdah) and her parents (Adil Hussain’s Mirza and Ekavali Khanna’s Mother) to seek common ground and begin understanding where the other comes from. That is most assuredly not what happens, though. Instead we watch a nightmare unfold that often appears to possess just one logical end: death.

This is a film about oppression wielded behind closed doors. It’s about hypocrisy, mistrust, and the struggle felt by second-generation immigrants everywhere. And Haq pulls no punches in depicting just how devastatingly bad things can get when a child’s mind is torn between a community built on archaic ideals and another entrenched in a present where such stringent rules prove impossible to uphold. She’s not looking to embellish things by drawing Nisha as a promiscuous girl who needs a reminder of her place via abhorrent methods of punishment either. No, this teen is a straight-A student who puts family first even if she’s prone to sneaking out for booze and boys at night. To a patriarchal culture reliant upon wholesome women, however, the appearance of guilt is guilt. All it takes is one mistake. One errant ringtone can lead Nisha’s father to the Norwegian boy in his daughter’s bedroom and subsequently set in motion a series of events you couldn’t fathom because it only takes assumptions to ruin a family’s name in their culture. Whether Nisha and her boyfriend had sex is inconsequential because she’s been marked. That mark bleeds over to her siblings and parents, their entire home tainted by gossipy rumor. So Mirza must shift his focus from everyday living to damage control. What can be done to make things right? How can they reclaim their dignity within a community that serves as a miniscule fraction of their city’s population? What disciplinary measures can ensure other young Pakistani girls abroad don’t follow Nisha’s example?

Haq ultimately follows Nisha’s path forward, but the aftermath of this incident proves a turning point for Mirza too. The blame game always commences when something like this happens. “Her Norwegian idiot friends seduced her away from her righteous path.” “Her parents didn’t keep a tight enough leash and facilitated the space necessary to commit such a horrendous transgression.” But just as peer pressure may or may not have pushed Nisha towards becoming flirtatious (the gateway to being sexually active), it influences Mirza’s actions too. We’ve witnessed numerous incidents that prove how he’s been westernized himself. This doesn’t mean he isn’t enraged by what transpired, just that he probably wouldn’t do what he does without fellow members of the Pakistani community imploring him to set an unforgettable precedent.

He is also torn between worlds: the one he left to give his children a better life than he had and the one he’s embraced despite it oftentimes contradicting the first. Even so, there’s no excuse for him and Nisha’s brother Asif (Ali Arfan) orchestrating a kidnapping that will put her on a plane to the family’s homeland. And that’s not the worst of it considering the culture clash of a European-raised girl being forced to exist within a hijab wearing nation patrolled by misogyny contains far more potential for horror. The journey Nisha must travel is therefore an unrelenting one dictated by third-party observations and blackmail to prove how innocence is an illusion when you’re relegated to the bottom of a dangerously tyrannical food chain. The situation isn’t unique to Islamic culture—an old friend of mine was wrongly accused of so much by his Christian parents that he finally gave in and decided to do everything he was going to be punished for anyway—but I can’t help wondering if Haq’s depiction is too brutal a portrayal. While she takes pains to show the inherent complexity of the situation as far as Nisha having to choose between her family’s well-being and her own (just as Mirza slowly loses his soul juggling devotion to faith and love for his daughter), it’s tough to see the film as anything but a motivated takedown of a religion at a time where many westerners are looking for an excuse to equate Muslim and ISIS as synonymous.

Its harrowing cautionary tale unfolds as though Haq’s message is for young Muslim girls to escape so as not to suffer the same fate. I say this because the film’s horror underpinnings feel like they’re merely a result of the drama’s heightened intensity. Whereas The Big Sick or Meet the Patels present this duality of identity with intentional humor—thanks to their results expressing how compromise on both sides can be possible—What Will People Say posits that the simple fact these events could occur renders the whole charade an amoral and inexcusable way of living regardless of intent. As such this film should prove very divisive in how it exposes an insidious sense of control westerners will label torture just as Pakistanis call it love and duty. But that’s the reading of an American made to experience a twenty-four hour news cycle of xenophobic hatred, so of course I’m looking at it through a lens of how it may harm the general opinion of Muslims in this country. What Haq’s film could also do, however, is literally save the life of a young woman lost in the belief she’s alone. To show what she shows in all its cruelty is to present warning signs and to acknowledge the struggle extends beyond the victim herself. It’s hard to sympathize with Mirza as a character considering his actions, but Hussain’s performance is nothing but empathetic nonetheless as he follows the lead of a wife exposed as the true devotee who will forever be skeptical of European blasphemy.

And at the end of the day, every action undertaken by her family, social workers, and friends occurs to portray an experience that must not be underestimated: namely what it means to be a young woman in a patriarchal culture. No matter how much freedom Nisha is afforded—or how much love showered upon her—feeling safe and secure is only a result of how the community views her. Once that pristine façade shatters, it is impossible to put things back together because your voice is finally revealed to be powerless. To watch Mozhdah endure so much pain and suffering is to see how easily faith and God can be warped to fit a flawed humanity’s sense of pride. Committing atrocities in God’s name make them more reprehensible.

What Will People Say premiered at the Toronto International Film Festival and opens July 13.