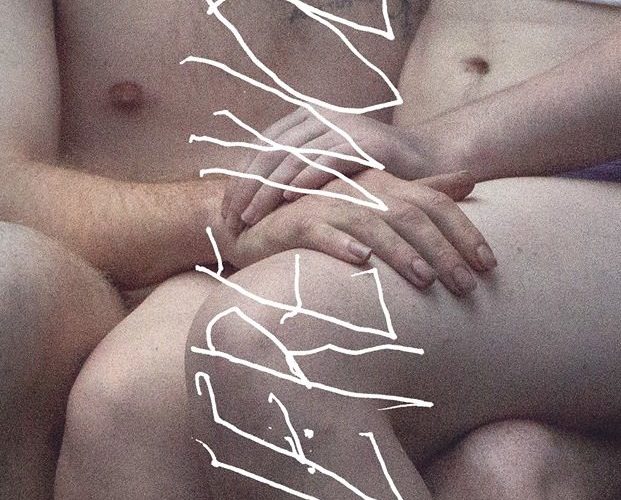 Writer/director Ashley McKenzie’s feature debut Werewolf picks up right where her 2012 short When You Sleep left off. We’re back in Canadian squalor on the poverty line with a couple barely staying afloat as society and addiction continuously seeks to drag them under into an abyss of forgotten souls. Frustration abounds as they hide beneath thick skins necessary to survive bureaucratic paper-pushers citing rules and regulations alongside a populace who’d rather ignore than lend a hand. Vanessa (Bhreagh MacNeil) looks defeated mostly, Blaise (Andrew Gillis) enraged with a fire of entitlement that does him absolutely no favors. They should be a team striving tooth and nail for more. But it’s not long before we understand the parasitic relationship masked by a heartbreakingly dangerous love at work.

Heroin’s their drug of choice and an opening prologue depicting a dismal future at the end of a rope should be enough to explain the film’s neo-realist message for a new generation of broke, enraged teens to stop destroying themselves. As it is these two are actually on the mend. They’ve enrolled in the local methadone program and stand in the pharmacy like it was a Great Depression breadline. This bottle of opioid is their solace, their morning cup of coffee providing the kick they need to get going so they can fend off withdrawal symptoms and forget their suicidal thoughts. As soon as the window slides over the cap is off and the liquid is down their throats without even the poise to utter a simple, “Thanks.” This is the life McKenzie shows us: bleak, pessimistic, and cruel for victims and bystanders alike. Blaise and Vanessa have already lost so much, the truth of this often subverted by deception to get what they want. But it’s not like the neighborhood folks whose doors are knocked on by these two strangers offering to mow their lawn for fifteen bucks are evil. It’s not like they enjoy refusing to help two people who on the surface look like they genuinely are trying. So to watch as Blaise berates them with vitriol in an attempt to coax out sympathy is to learn to despise him. To see Vanessa silently stand by his side while he does it, obviously embarrassed and unsure of what to say, is even worse.

The title could easily have been Vampire instead of Werewolf because that’s what Blaise is exposed as almost instantly. He wears a holier than thou attitude to force Vanessa into taking charity he will ultimately use. He sits and talks with a local resident who actually accepts their proposition of landscape work while she melts in the sun behind the lawnmower she had to cough up gasoline while siphoning random cars to fill. He leeches off her innocence, her drive to be better, and her love. Blaise becomes the epitome of everything that right wing nut-jobs describe when talking about how the helpless don’t deserve help because they have no initiative to try finding it themselves. He’s therefore Vanessa’s problem systemically and personally, dragging her down without remorse. I was about to check out around halfway through because I simply couldn’t take anymore of Blaise’s blatant disregard for Vanessa’s wellbeing or her acceptance of him doing it because she believed they’d soon escape. I was angry — the reaction I’m sure McKenzie is hoping her audience becomes possessed by because we should be angry. We should hate that drugs are still a problem. We should loath how a handful of abusers milking government assistance are making it so that those seeking a clean lifestyle can’t. But then the perspective changes. Rock bottom approaches and Vanessa finally accepts her mother’s (?) offer of a roof. She gets a job at an ice cream shack and even earns the responsibility of leaving her methadone at home. There’s hope yet.

Until of course we spy Blaise in the background slowly chipping away at her hard work to destroy himself and, as a result of their emotional bond, her too. Suddenly the weight of what’s happening hit me beyond my inherent rage towards his actions and self-sabotage. I could see the pain in Vanessa’s eyes as sorrow at what her boyfriend had become rather than waterworks seeking pity from the unsuspecting world. It isn’t until we’re more than two-thirds in that she visits her social worker to hear the words I desperately screamed at the screen. It’s her discomfort; her immense guilt in surviving despite him rather than with him that made me understand Werewolf isn’t about addiction’s cruelty. McKenzie has given us a story about an addict’s salvation. It won’t be easy and it will take everything she’s got to approach a place where it’s possible, but hope always exists. Sometimes you have to fall to realize; sometimes someone you love must become completely out-of-reach to know escape can come if you just turnaround and walk away. McKenzie needs us to be mad at the situation and selfish desires of those caught in its grip to find the epiphany that there’s more to it than statistics and financial subsidies. At its core the idea of the poor is and always should be an issue about people — human beings. Maybe it’s better to offer five bucks for Blaise and Vanessa to leave than fifteen to mow because it can potentially spark an introspective reevaluation of their lives.

Gillis is coiled-up frustration, a danger to everyone. He plays Blaise with an unnerving calmness to think he’s okay. When Vanessa stumbles over words and looks ready to crawl up walls, he slides in and takes control despite being much worse off. He isn’t taking the methadone as a cure; he does it to stay even. MacNeil on the other hand is sympathetic to the core. Her Vanessa is stuck with nowhere to go — cognizant the one person who understands her is also her greatest enemy. We hope she’ll get through it and move past him to begin life anew. We hope she’ll smile even if it’s the last frame of the film. But while Werewolf may show signs, even a happy ending will prove far from joyous.

Werewolf premiered at the Toronto International Film Festival and opens on March 2, 2018.