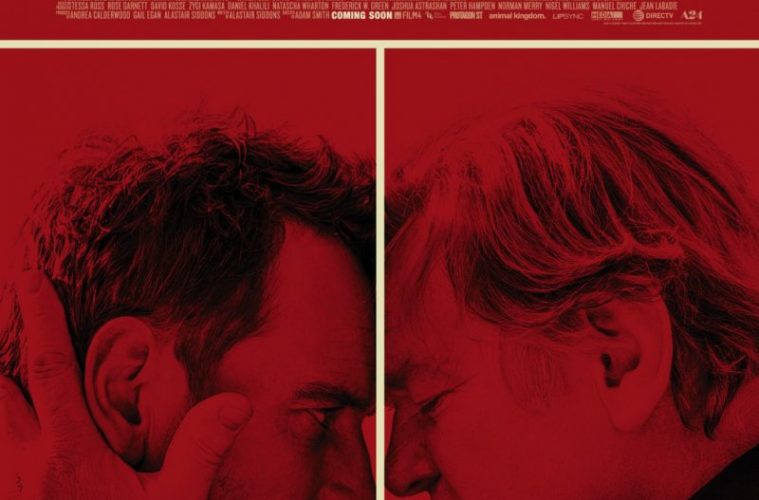 [TIFF Review] Trespass Against Us

It’s clear within the first few minutes of first-time director Adam Smith’s Trespass Against Us — as a muddy Subaru races after a bounding rabbit in the U.K. countryside, with a young boy at the wheel — that the film to follow will be a disorienting experience. Indeed, it’s one that plunges the audience into thematically murky waters. Crime thriller or offbeat family drama? Darkly funny or way too dreary? Trespass has all of these elements, and ultimately, this thick stew is unsatisfying.

Yet the film, which made its long-delayed world premiere at the 2016 Toronto International Film Festival, is no complete miss, either. Stars Michael Fassbender and Brendan Gleeson see to that, aided by music-video vet Smith’s often striking visuals and a unique setting. Trespass just never quite gels into a successful whole. Fassbender fans will enjoy his role as a tough but loving family man, but it’s a hard sell for everyone else.

He plays Chad Cutler, the clear second-in-command to his domineering, hard-nosed, but undeniably caring father. The latter is Colby, perfectly embodied by the great Gleeson. The large family lives together in a series of trailers seemingly dropped from the sky on an idyllic tract of land in the country. Father and son are joined by a motley crew — Chad’s wife, Kelly (Lyndsey Marshal), the couple’s young son and daughter, a “simple” (enormously unnecessary) character called Norman, and various other hangers-on.

“Second-in-command” is a rather misleading classification for Fassbender’s Chad, as it implies the Cutlers are the type of crime family we’ve seen in films, one with a recognizable structure. Make no mistake: we have not seen a family quite like the Cutlers before — unkempt, uneducated, unrefined in every way. Their crimes are barely understandable. Initially, we see just dodgy pranks — for example, recklessly driving a message-bearing beater through town, a trail of annoyed police in their wake. There’s hardly even talk of criminal activity, in fact, until Colby orders Chad to lead a poorly planned job. The results detonate the relatively quiet life the Cutlers had enjoyed.

These after effects also take Trespass into a more predictable, much-less-interesting place. If there is anything here that works in the storytelling department it’s the moments involving the ramshackle Cutlers lying about, messing around, sitting by fires, and waiting for nothing. Chief to the occasional successes of these scenes is the physically overwhelming, emotionally overbearing presence of Gleeson’s Colby. The larger than life character needed the actor’s authoritative voice and narrow- eyed paranoia. It also needed Gleeson’s inimitable charm, a facet that’s most evident in his sweet scenes with Chad’s son Tyson.

Gleeson is less present in the film’s second half, and we feel his absence. The further away from Cutler-land we get, the weaker the narrative. Still, there is Michael Fassbender, a welcome figure in virtually any movie. Here, he plays an illiterate layabout seeking to finally break away from his father. It’s not the meatiest part, but he makes Chad believably weak — a tough guy who just can’t stay out of trouble, or figure out exactly how to change his life. Fassbender is undeniably a tad miscast; his looks don’t quite fit here. But we buy Chad’s love, especially as a parent.

That love manifests itself most memorably in the film’s rather delightful final 10 to 15 minutes, a series of events featuring a puppy, angry cops, and an epic tree-climb. The whole stretch is a pleasure, and the final moments between Chad and Tyson are truly moving. If the rest of the film had captured the conclusion’s mix of absurdity, heart, and humor, Trespass Against Us may have proven to be an unexpected winner. Instead, it’s a so-so affair offering momentary pleasures.

It remains an intriguing debut for Smith. He shows a real ability to develop some sense of time and place, and knows his way around a kinetic car chase. He needs a stronger script, though, and a story that justifies his visual verve. There are too many diversions, chief among them a long sequence in which Chad and Kelly look for their missing children. It adds little, sadly. One more confrontation between Chad and Colby also might’ve led to a more resonant experience.

The musical score from the Chemical Brothers is a standout, and, in addition to Fassbender and Gleeson, Marshal must be acknowledged; her Kelly is the closest thing to a “normal” person in the Cutler clan. And it’s nice to see a different type of family structure onscreen. But that’s not quite enough to make the film a must-see. Trespass is a watchable, rather strange thing, but, next time, let’s see Michael Fassbender and Brendan Gleeson in a project more worthy of their talents.

Trespass Against Us is currently playing at the Toronto International Film Festival and opens on January 20.