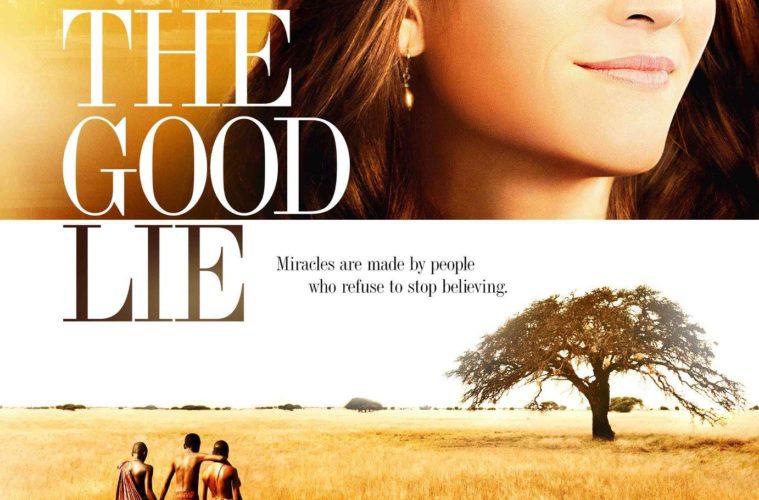 Directed by Philippe Falardeau (Monsieur Lazhar) with the sense of intimacy required for the material, The Good Lie is a fine film on its own. Its harrowing first act is rewarded by a feel-good third act, while its second act explores the bureaucratic, political and cultural entanglement felt by Sudanese refugees entering the US pre-9/11 as they adapt to live in Kansas City. What elevates the material and performances into something exceptional is the four young cast members at its core have been directly affected by the Sudanese Civil War, including two who previously served as child soldiers.

With plenty of allusions to Mark Twain, Falardeau has made a credible, engaging and beautiful moral drama that is unusually smart for a Hollywood studio picture. Centered upon the refugee crisis, Falardeau has crafted an effective personal drama that is at once psychologically intimate and epic. Much of the film’s first act begins with a dangerous journey on foot; after their village is ambushed a group of kids trek across the Sedan. Some are kidnapped, others die of starvation or exhaustion along the way. Visceral and haunting, Falardeau doesn’t shy away from the horrors of survival against the odds. Making it to a UN camp, the group of three boys and a girl have stuck together as a de facto family group as they grow up and learn English. In their early twenties (although their actual DOB is unknown), they are granted asylum in the US via a pre-9/11 State Department program in conjunction with faith-based charities. Americanizing their names, the three men Jeremiah (Ger Duany), Paul (Emmanuel Jal), and Mamere (Arnold Oceng) find placement in Kansas City, while their “sister” Abital (Kuoth Wiel) is forced to go to Boston due to INS rules regarding the placement of unmarried women with host families.

Despite her prominence in marketing material, Reese Witherspoon‘s character of Carrie Davis, a single women who works at an employment agency, has a vital supporting role (both in the film and in the lives of these men). Carrie’s life is realistically messy; unmarried, she’s first introduced to us in the throes of an “Afternoon Delight” with a cop. While temptation exists to create the white guilt narrative that served The Help so well at the box office a few summers ago, Falardeau is wisely focused. Sure, there are folks along the way to help, including social worker Pamela (Sarah Baker) and Jack (Corey Stall) as the kind-hearted owner of the employment agency, two characters who lack complexity, but this is not their story.

As tension develops between the men and their new lives in America, they find themselves beholden to certain customs as the ambitious Mamere (who hopes to study medicine) can no longer be their “chief” of the tribe. He and Jeremiah find placement as stockboys at a local market and immediately do not see eye-to-eye with their boss, who insists they throw away expired food verses donating it. This thread progresses just as you’d expect it to, with an on-the-spot resignation. Paul finds placement in a plumbing factory and falls in with stoner co-workers who introduce him to a hopeless track.

The bureaucratic and political entanglement becomes very real in a post-9/11 world where all the rules have changed and the political asylum program is stopped, deepening conflicts and emotions in its third act. Scenes and moments that we’ve seen aside, The Good Life, as an “issues” movie, is a powerful drama with moments of levity, one that is riveting and beautifully made. While it’s a fictional adaptation (written by Margaret Nagle), the film contains a few moments that are as captivating as point-of-view documentary filmmaking.

The Good Lie premiered at TIFF and opens on October 3rd. See our complete coverage below.