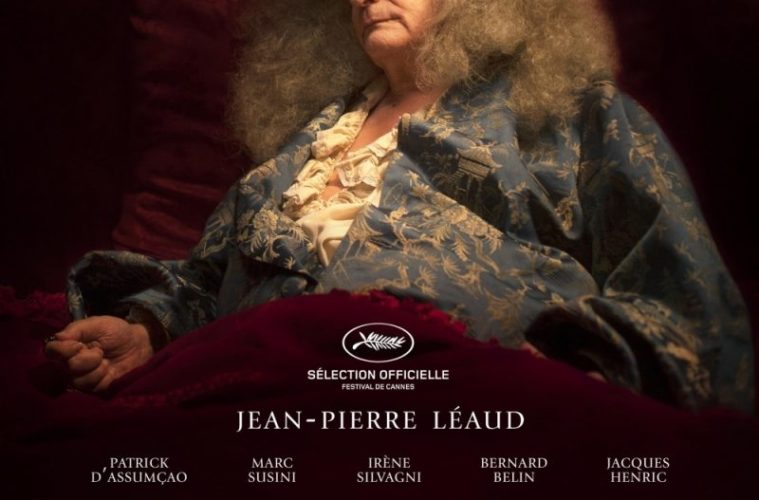 A fair question to ask: why The Sun King now? Perhaps American icons are always ripe for deconstruction as, after all, we have the world’s greatest (or rather dwindling) superpower shoved down our throats seemingly everyday. Yet, on the subject of Louis XIV, having to ascribe any current European crisis to the need to resurrect one of France’s greatest kings seems foolhardy. But The Death of Louis XIV succeeds just enough on the pure terms of a formalist exercise, with mostly static shots in a series of rooms lit by candlelight as historical context seems to somewhat recede into the dark.

Not a surprise coming from Albert Serra, no stranger to icons, be they Don Quixote, the Three Wise Men, or Casanova. Though taking on period / biopic subject matter could make one afraid that the not-particularly enjoyable, yet admirable all the same Serra had sold-out for the sake of bourgeois costume-drama, it’s still very much a confrontational work, even if the choice of that word possibly alludes to a more violent, forceful experience than this expectedly languid stroll through a man’s fate.

King Louis (Jean-Pierre Léaud), surrounded by aristocracy, servants, and yes men (you’ll never want to hear “sire” uttered ever again) is shown in the first scene rolled in a cart, only to come to a standstill, to which he orders “go on.” While taking his growing stationary state with grace (despite the occasions of heavy moaning), all of France seems to wheel through Louis’ bedroom as medical solutions of all kind are proposed. Yet with the number of patrons gathered in Louis’ room to witness his deteriorating health, the death becomes a spectacle of sorts. Of course there are those who cry upon the inevitable outcome — not that they’re necessarily disingenuous, but still there standing by, getting off on what seems the crumbling of an era.

While Serra may not be an outwardly emotional filmmaker, to give him the benefit of the doubt beyond his loud-mouthed public persona, it seems the cumulative efforts of his formalism at least lead to something we can call greater than art-house posturing or joke-y trolling. He works in an austere, slow-cinema mode, but doesn’t necessarily have what seems like the interest in exploring either the “spirituality” or “transcendence” of his predecessors. Despite being an auteur who’s already amassed a high-brow and (to quote him) “unfuckable” reputation, he seems to still be figuring out what it, exactly, he wants to say.

There may be some kind of ostensible mission statement in rigorously charting the deconstruction of the body, all of which is as prolonged as the memorable shitting gold sequence from Serra’s previous feature, Story of My Death. Yet undeniably the most affecting images of Louis’ suffering may be the trembles in Léaud’s face or the gargantuan wig adorning his head. A bloated, old icon gradually morphing into a pale-skinned ghoul, it makes us want to see the film as a kind of elegy for the French New Wave.

The kicker,”We’ll do better next time,” cements the mourning as maybe more of a cruel joke. Regardless, The Death of Louis XIV may be Serra’s clearest film in terms of formal patterns and his most mysterious in actual meaning. It depends on who you ask; to this writer, that’s a good thing.

The Death of Louis XIV played at the Toronto International Film Festival and opens on March 31.