TIFF Review: Summer of 85 is an Enjoyable Stumble from François Ozon 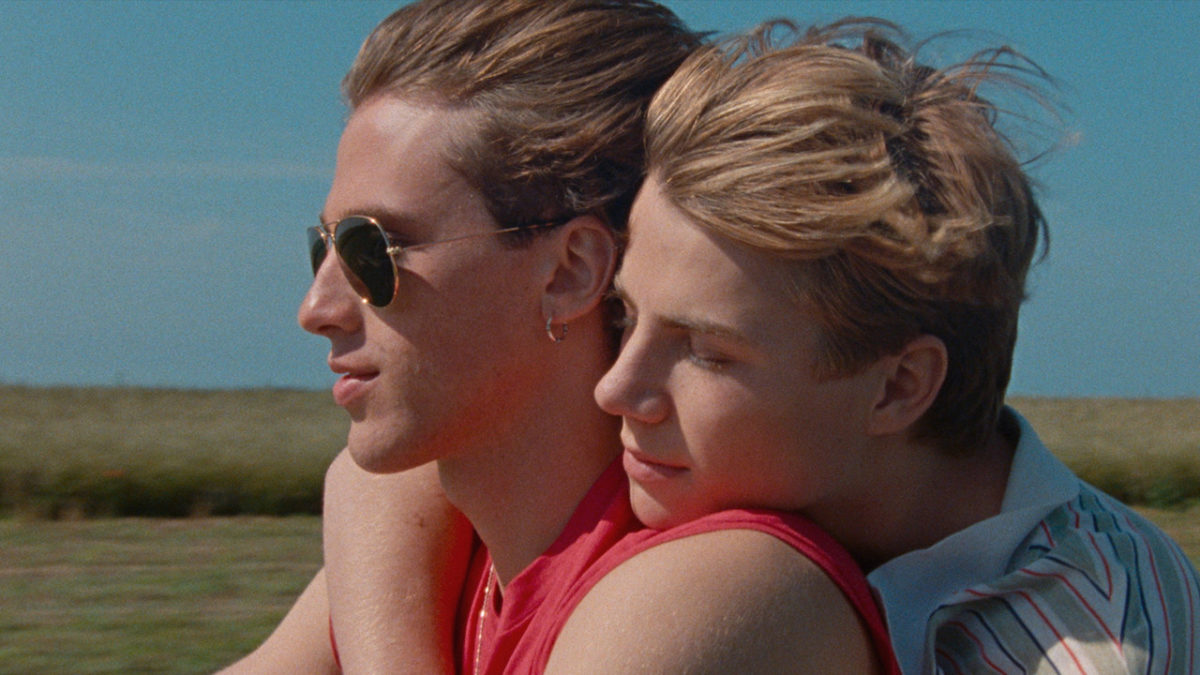 The career of François Ozon is delightfully absurd. For every gem––8 Women, Swimming Pool, Frantz––there is an (often entertaining) stumble. (Meet Ricky.) Yet even at his silliest and most throwaway, there is much to be admired. The French director’s latest feature Summer of 85 falls into that enjoyable stumble category. It’s a visually lovely, occasionally heartfelt trifle that fails as a compelling drama and can verge on self-parody. Yet therein lies the enjoyment. After all, how many films have ever climaxed with a character dancing on another’s grave while listening to Rod Stewart’s “Sailing” on a Walkman?

There is something to be said for Ozon’s willingness to dive into the deep end, eyes closed, with confidence. This dive is an apt metaphor for Summer of 85, a coming-of-age drama in which two young men fall in love, hard and fast. You will see many comparisons to Call Me By Your Name, another film featuring two men who fall in love in a sun-drenched European locale, but this connection doesn’t hold up. Unlike Luca Guadagnino’s film, Summer plays with the tropes of a thriller. This, it turns out, is a problem.

From its opening moments, the film is cagey about revealing what exactly led 16-year-old Alexis, a.k.a. Alex (Félix Lefebvre, believable but bland) behind bars. “Know why you’re here? To discuss what you did,” asks an anonymous caseworker. “It’s none of your business,” Alex replies. “Or anyone’s.” It soon becomes the audience’s business, though, as Alex begins to tell his story in overwrought fashion. The setting is the coast of Normandy in 1985, and Alex is a young man unsure of his next steps. He is a gifted writer and is contemplating school, while his father wants him to start working. It is during this time of uncertainty that he meets the supremely confident David (Benjamin Voisin); the 18-year-old comes to Alex’s aid when his boat capsizes.

There is a clear connection between Alex and David, not to mention from David’s sweet but overbearing shop-owner mother, played by the delightful Valeria Bruni-Tedeschi. (“You’re so cute,” she lovingly coos to Alex minutes after meeting him. “I could eat you up! My adorable little bunny.”) Soon Alex and David are inseparable, and Alex even begins working at the family store. There is an air of mystery surrounding David, though, and this arouses some suspicion. None of this keeps them from falling for each other, and Ozon handles the early stages of their love affair with ease. There is an inherent cuteness in the boys’ romance, and it all occurs against the splendid Normandy sun.

And then things get rocky––suddenly, and rather clumsily. From this point on, Summer of 85 is a bore. Many will find the film’s aborted thriller elements to add to the mystery, but it comes off as a ruse. The eventual reveal of what exactly happened to David is oddly unemotional. It happens offscreen, and only its aftermath is glimpsed by Alex––on TV. Once the characters are split apart, a hard truth is revealed: Despite the strong performances from Lefebvre and Voisin, Alex and David never feel fully formed. The most interesting thing about them is their relationship––on their own, neither can carry a film.

The proceedings get even sillier as Summer of 85 speeds to its conclusion. That, of course, is not out of line when it comes to the affairs of teenage dreamers. But Ozon adds layer upon layer––suicide is considered, a character wears a dress to break into a morgue, and there’s even a Leland Palmer-esque scene at a gravesite––until it’s hard not to erupt in laughter. The final scene is the payoff for this insanity, and admittedly, its silliness is rather enjoyable. Had the film ended there, Ozon would’ve made a statement. Instead, it continues on for a tedious courtroom wrap-up and, finally, a hopeful conclusion.

As the end credits roll, the Cure’s transcendent “Inbetween Days” kicks in, all energized melancholy and lyrical brilliance. The song choice is fitting, as everything about Summer of 85 is in-between: in-between the sublime and the absurd, drama and thriller, compelling and monotonous. It is utterly so-so, but it is also, undeniably, so-Ozon.