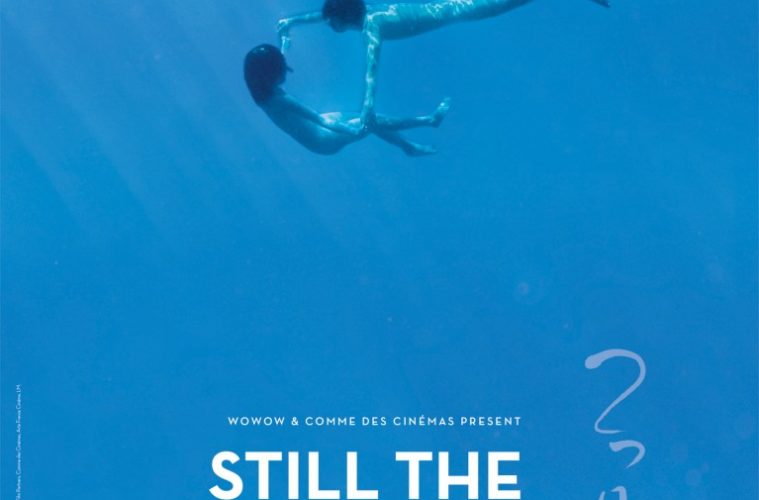 Naomi Kawase’s Still the Water begins in a beguiling, abstract way that sets the tone for the rest of her film in more ways than one. First, a beautifully lit and framed shot of waves crashing over one another; next, a graphic slaying of a goat; then, a celebratory dance; finally, people gather near the shore and inquire about a drowned body. Was it a surfing accident, or something else?

These scenes have little do with each other, but after the narrative — concerning Kaito (Nijiro Murakami) and Kyoko (Jun Yoshinaga), a teenage couple struggling to connect amidst issues with his divorced mother and her dying one — begins to take off, their purpose becomes clearer. Nature (in general) and water (in particular) is linked to life and rebirth (Kyoko explicitly compares it to sex at one point), while art and celebration literally keep a character alive at one point. The succession that opens the film is thus a primer of sorts, telling us what we need to pay attention to: nature, death, life & celebration, and the search for an explanation. Admittedly, these themes are quite broad, and, as that opening suggests, Kawase never does figure out how to transition from one scene to another, and when multiple story-related scenes follow one another. Still the Water never achieves a balance between each character’s personal domestic problems and their time spent together; worse yet, they often fail to interrelate. More successfully, Kawase will break up these handheld narrative scenes with poetic sequences of nature, creating bridges that help pace the film and break it into vignettes, as if calling back to her days as a video artist while also serving to abstract and downplay what, on paper, looks like hefty subject matter. A number of these vignettes — most notably Kaito’s trip to Tokyo to visit his father, a short dream sequence, and a couple of scenes with Kyoko’s family — showcase the film’s emotion and thoughtfulness, and they also give the narrative a national specificity invoking Japan’s falling birthrate while nodding to the disconnect between Tokyo and Japan’s quieter communities. Other scenes, however, are broad and vague, which, combined with choppy pacing and sequencing, reveal uncertainty in thematic direction.

Still the Water also suffers from on-the-nose dialogue. If you can’t quite pick up on what one interlude is contributing, a character will likely tell you soon thereafter. Yet, through all the unevenness, the film does work more often than not, and it never settles for simple metaphors or messages. The sea is like life itself, we are told, but much of this film explores the extent to which that is true. This is evident in the title’s ambiguity. Assume it is an imperative. Does it mean to slow down the pace of life or to end it altogether?

In the end, Kawase suggests that there may not be a difference between the two, but it takes its entire two hours to get there. Still the Water has its shortcomings, but redundancy is not one, and while it may not be profound, it is far from simple. As events continue, it posits one relationship between its abstract elements after another, each debunked by future events and statements, as if searching for some degree of moral virtue or cosmic answer. That the end, if it is supposed to serve as an answer, decides to go micro instead of macro is thoughtful and necessary restraint. Still the Water is problematic for flattering the viewer and for a few too many instances of uncertainty, but it does manage to stumble across its own finish line.

Still the Water is screening at TIFF and is currently without U.S. distribution. See our complete coverage below.