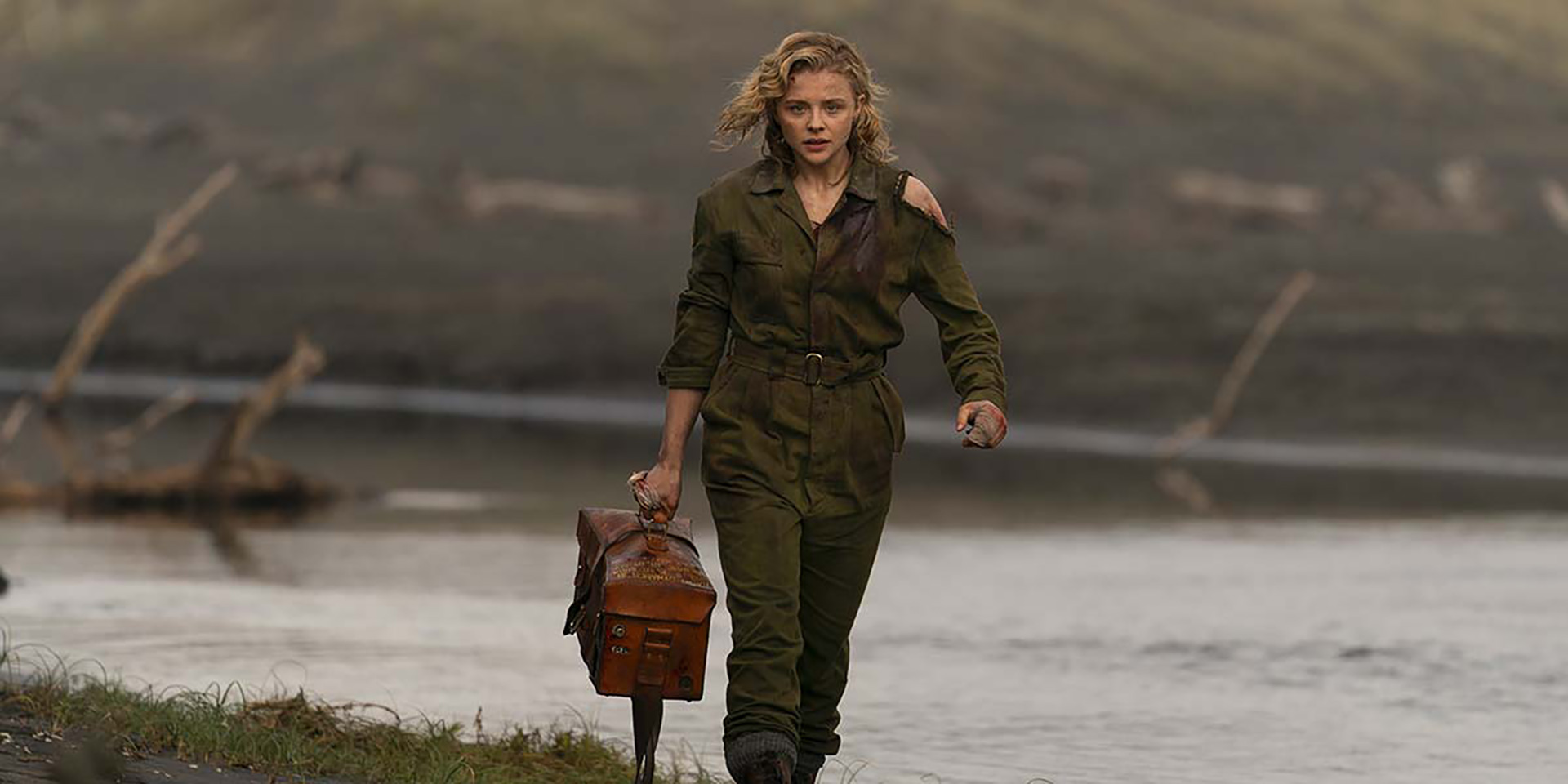 Try as they might, Max Landis’ name is still there on the big screen when the opening titles to Roseanne Liang’s Shadow in the Cloud begin to roll. They’ve scrubbed it from the press notes save a single mention in the full credit list, IMDb hasn’t added it to their page (yet), and star Chloë Grace Moretz has gone out of her way to ensure everyone knows Liang (who shares that screenwriting credit) rewrote the original draft multiple times. That Landis hasn’t been demoted to strictly “story by” only reveals how much of the film’s structure remains connected to his work—and you will be able to tell once it begins to unfold. He did get paid, though. He might get paid more. But this isn’t his film.

It’s unfortunate that this needs to be said, but audiences deserve the chance to decide whether or not they’re comfortable spending money on it regardless of who’s being paid. The rumors swirling around Landis finally found concrete footing courtesy of Amy Zimmerman’s exposé at the Daily Beast in June of 2019, so there was surely a moment when Liang and Moretz could have walked away. It was their choice to stay the course instead—remove him from the producer pool and make the project wholly theirs. That’s a commendable choice too since it means they’ve signed up for the backlash and the inevitable conversation it will birth. Whenever the topic comes up, they’ll get to remind the world what Landis did and why this credit should be his last.

That’s a fitting mission too once you sit down and watch what could be a veritable metaphor for this particular behind the scenes chaos. Look at Maude Garrett (Moretz) as a stand-in for Liang—a woman boarding a WWII cargo plane set to travel from Auckland to Samoa with an all-male crew that’s chomping at the bit to sexually denigrate their unscheduled guest any chance they get. She’s here to guard a package and she’s willing to do it with her life. Maude is going to protect her radio bag, much like Liang will protect her film, from the Landises of this world. That his stand-ins are chauvinists from the 1940s is therefore a keen bit of commentary since those like him should have died off long ago.

Because this is a genre picture, however, you can bet that most (if not all) will be killed by the time this bird dubbed “The Fool’s Errand” lands on solid ground again. Maude will be physically isolated from them for the duration in the gun turret to hear their hate via words like “hysterical” and their screams when all hell breaks loose. Maybe it will be an impending force of Japanese aircraft crashing their party with guns a-blazing or perhaps it will be a bona fide “gremlin” hitchhiking for some carnage. Whatever is waiting on the horizon, it better know that Maude won’t sit back and let it happen. She will literally fly this plane herself if it means preserving her mission to keep that package safe from harm.

She will be isolated for a good portion of the narrative, too. This is a low budget creature feature wherein Maude is trapped below deck as the soldiers above make the case for male sterilization by constantly laughing in her ears over the comms. If not for Captain Reeves (Callan Mulvey) hoping to avoid a court martial and Walt Quaid (Taylor John Smith) agreeing to be her surrogate by holding onto her bag during this quarantine, Taggart (Byron Coll) and the others would have peeked under the lid to see what was so important that they had to let a “dame” on-board. Maude’s solace is tenuous, though, as the more these men anger her, the more willing Reeves is to join along.

The first half of Shadow in the Cloud ends up being a pretty taut thriller as we too are wondering what’s so important. Not being able to see what the men are doing means our imaginations can go wild as to the lengths they’re going to wrestle the package away from Quaid. So the intrigue only mounts once we witness what Maude does: a low-flying Japanese fighter in the clouds and the silhouette of something unexplainable on the wing. Her warnings fall on deaf ears of the sexist variety and she’ll eventually have to take it upon herself to save them all when things go awry. Don’t think it’s for their benefit, though. In Maude’s mind everyone is expendable—including herself. And she’s unafraid to prove it.

This is where the suspense gets thrown out the window for me due to the back half of the film becoming a game of roulette at breakneck speed with disparate genre tropes serving as numbers on the wheel. Physics, plausibility (what there was considering a gremlin is wreaking havoc), and stakes disappear too as Maude becomes the living embodiment of “by any means necessary” thanks to set pieces that would make Tom Cruise blush if the green screen edges weren’t so obvious. While the camerawork makes up for a lot of the budgetary constraints and the gremlin does look pretty cool when it’s not forced to physically interact with the actors, the escalation of danger can’t escape the reality that it becomes too much to take seriously.

Such a steep slope to the chaos is fun, though. I can’t lie and say it isn’t. Once the soldiers are finally forced to shut-up (I wouldn’t be surprised if their rampant misogyny was a hold-over from Landis that Liang tweaked to fit her need for it to fuel Maude’s empowerment) and the bullets start to fly, you do get caught up in the B-movie insanity. Those who enjoy a good hoot and holler with a midnight crowd will surely revel in it while those who don’t will roll their eyes and wonder what’s happening since the reveal of Maude’s mission does become way too heavy-handed for its melodrama to rise above the hollow action trappings. That entertainment value was thankfully enough for me to stay the course.

Shadow in the Cloud screened at the Toronto International Film Festival.