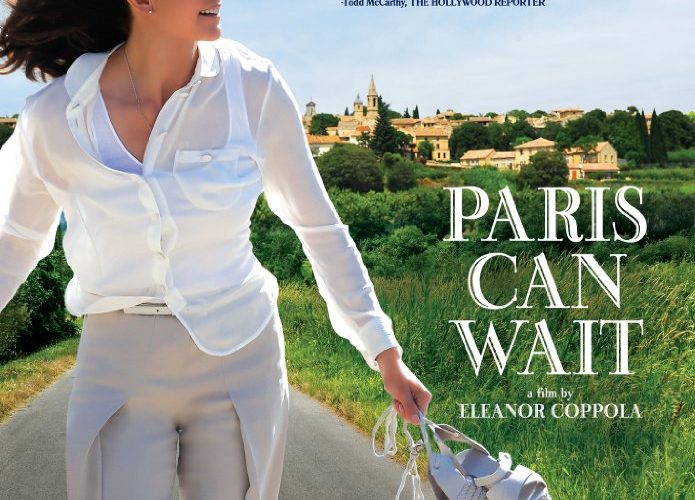 With her last feature directorial credit being contributions to 1991’s Hearts of Darkness: A Filmmaker’s Apocalypse, Eleanor Coppola is perhaps better known as Francis Ford Coppola’s wife than a filmmaker. Yet, she triumphantly returns this year with one of the sexiest and most joyful road movies in some time with Paris Can Wait.

This spiked bonbon of a movie has Diane Lane playing Anne, a woman that is slowly starting to get frustrated with the constant traveling of her Hollywood producer husband (Alec Baldwin). She is left alone once again during the Cannes Film Festival and needs to get to Paris by nighttime. Life at home for Anne is boring and routine, with her daughter leaving to pursue her studies abroad and her husband needing to fly to Egypt to deal with a problematic high-budget production. Anne might be hitting her mid-fifties, but there’s still an independent, free-thinking sexual awakening waiting to explode in her.

This leads to her being playfully lured to go on a two-day road trip through the south of France with Baldwin’s business partner Jacques (Arnaud Viard), a man that lives life to the fullest and delights in showing her some of the best food, art, and views in the south. Their destination is Paris, but he keeps on delaying the travels to pit stop any chance he gets. Whether it’s a fancy restaurant, a historic museum, a beautiful church, a delectable winery or having picnic in a magnificent countryside, Jacques is relentless and insistent in showing Anne just how marvelous his homeland truly is. The flirtatious nature of their friendship turns Anne both on and off. He seems to be very upfront about his affection for her, but never steps out of bounds and still leaves enough intrigue for Anne to contemplate the possibilities. Anne, he declares, is his crème brûlée, but will she ultimately surrender to his charms? There are subtle indications that she might be game. Of course, Jacques sees that as well. This translates into seductive chemistry, which would not have existed without Lane, who has a loose, free-wheeling connection that’s a joy to behold.

The food in the film is also a genuine highlight, recalling the delectably sumptuous images of cuisine in Stanley Tucci’s Big Night. A tough watch if seen on empty stomach, the care and love that Coppola renders the food scenes will have one booking a flight right to the South of France for the mouth-watering delicacies on display.

After exploring the insanity and depression that went into her husband making Apocalypse Now with Hearts of Darkness: A Filmmaker’s Apocalypse, here Coppola seems to revel in playing it light, while also making what is seemingly a very personal film. She ends up being the perfect fit for Lane and Viard’s onscreen playfulness, along with displaying such a authentic affection for her surroundings that one would not be surprised if the locales visited are in fact favorite spots for the Coppola family.

Paris Can Wait premiered at the Toronto International Film Festival and will be released by Sony Classics on May 12.