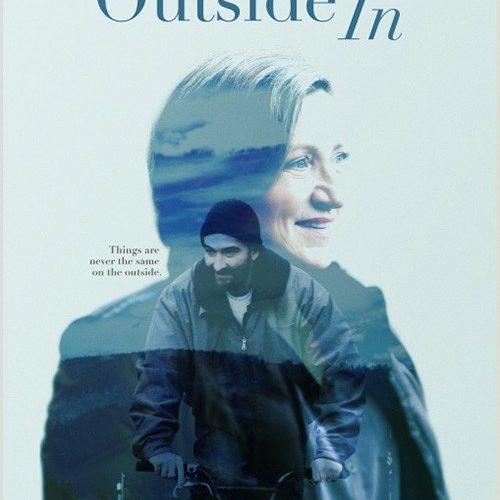 TIFF Review: ‘Outside In’ is an Ex-Con Character Study Brought Down by Clichés

Lynn Shelton’s latest film, Outside In, offers what you might expect from a screenplay co-written by mumblecore vet Jay Duplass and the director herself. The drama follows Duplass’ Chris, who has just been released from prison after 20 years for a crime he did not commit. The struggle for an ex-con to adjust to society has been depicted countless times before, so it is no surprise to see Shelton and Duplass showing us Chris’ ineptness at adjusting with life itself. The simplest of tasks are unagreeable to him and he’s even confused by the existence of smartphones and the texting that ensues.

The reason why Chris was freed from jail is his former high school teacher Carol (the indelible Edie Falco) who made it her life’s work to have him released. The constant efforts to free Chris have, however, hampered her marriage to Tom (Charles Leggett). Carol insists they should go to marriage counseling, but Tom doesn’t seem interested in strengthening their rocky marriage. Chris notices that and tries to show his love, but it doesn’t help that, over the course of 20 years, he and Carol have developed the closest of relationships through inmate visits.

Outside In has its moments of effective intimacy, such as the bond between Chris and Carol, and it does help that Shelton wisely reveals Chris’ backstory in a slow-mannered fashion. He eventually develops a risky, but touching friendship with Carol’s daughter Hildy (Kaitlyn Dever) which has Carol, and especially Tom, worried. As Tom says, “Are you okay with our teenager daughter being friends with a 40-year-old ex-con?” Yet it’s rendered far more complex than that. Hildy seems to be bothered by her parents’ lackluster marriage and decides to confer to Chris for friendship.

Although the narrative is being driven by the personal connections Chris builds following his prison stint, Shelton fails to break from convention, especially when it comes to the romance between Duplass and Falco’s characters, which has the kind of back and forth romantic yearning fit for a soap opera. It helps that they both have tremendous chemistry together; if that wasn’t the case, the relationship could have veered towards the cringe-worthy.

There are indie clichés being used here that have been seen numerous times before. It’s the sort of predictably-assembled affair that, on a scene-by-scene basis, feels all too familiar as the screenplay plays like a character study of the most obvious. Chris is mostly captured walking around town, as isolated as he’s ever been before, bumping into old friends and foes, which we get to know through his eyes. There’s the best friend whose now married, the girl he lost, the neglectful brother, old school friends, and so on. We’ve all seen these characters before in better “returning home” stories.

Falco and Dever command the screen in ways that make you wish there was more screentime given to them and less to Duplass, who fails to really make his character standout above the thinly-written caricature. The struggles that Chris and Carol are put through may be brought to life with an authentic touch by Shelton, but they are explored with much complexity in better, more substance-filled endeavors.

Outside In premiered at the Toronto International Film Festival and opens on March 30.