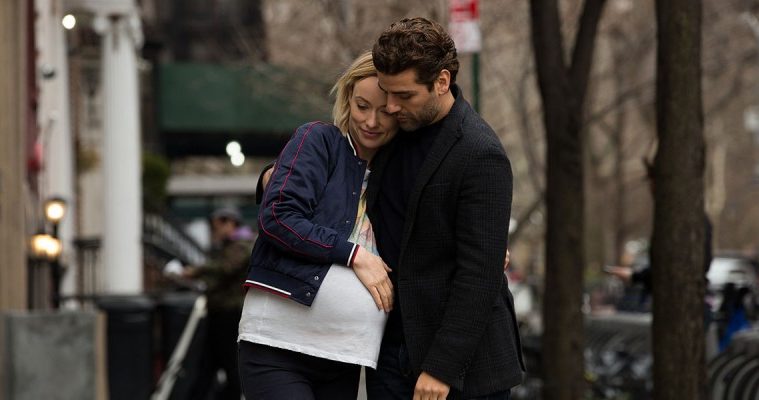 TIFF Review: ‘Life Itself’ is a Convoluted Tapestry of Tragic Circumstances

Morbid or not: I love when stationary characters turn to the camera only to be hit by a vehicle coming from offscreen. There’s something that’s just immensely satisfying about watching one step into that sweet spot of quiet, empty space with a hindered view on either side. I brace for impact, disappointed when it doesn’t arrive because the blocking so perfectly sets up tragedy despite the filmmaker’s decision to squander the opportunity. So I of course smiled when the first such collision occurs during Dan Fogelman’s Life Itself. It’s made even sweeter by Samuel L. Jackson’s narration breaking fourth walls left and right, but the comedic timing couldn’t have been orchestrated better regardless. The second time it happens? Yeah, okay. The third? Uh, Dan? Are you all right?

What’s weird is that none are the product of poor cellphone usage as the film is set a couple decades in the past. They stem from reckless abandon instead with people stomping into the street without checking signals simply because they’re excited, distracted, or better yet: written to die specifically because Fogelman needs death for his convoluted tapestry of tragic circumstances (hopefully) blossoming into happiness to work. The latter cause is fitting too since the entire endeavor proves a love letter to narration—reliable and unreliable alike. The title actually serves to highlight the only true narrator as “life itself” because it literally dictates in real-time. But that too is misleading when every conversation contains multiple viewpoints and thus multiple lives. Welcome to Fogelman’s tenth circle of hell.

It’s not all bad in the beginning, though. It’s a bit obnoxious and confusing, but the opening story within a story within a story is satisfying in its broad comedic appeal. The story within a story above that level is even better because it deals with the escapism driving Will (Oscar Isaac) to ignore trauma rather than face it head-on. And it also lets the concept of unreliable narrators take control of our minds and emotions, leading us through his pain with an acerbic humor that lands successfully if you’re willing to embrace the lies as necessary defense mechanisms. Fogelman plays with our assumptions and the medium itself, manipulating his images to punctuate a slow recognition of a truth not buried quite as deep as the character hopes.

Will’s struggle is born from the devastation of his wife (Olivia Wilde’s Abby) leaving him. She was the love of his life, but appearances can be deceiving. What might be a glowing example of their romance (arguing over the merits of Bob Dylan) could just be a trick. What one remembers as a playful morning of good-natured ribbing might be a case of domineering narcissism to the other. Because Abby is out of the picture, though, we only get one side of the story that cannot be trusted since Will is in excruciating pain and quite possibly insane. We don’t know why he was committed or how far gone his mental state is yet, but his psychiatrist (Annette Bening) is working up to a doozy of a reveal.

As a thirty-minute sequence this portion of Life Itself is unforgettable for better or worse. It’s a delightful sight to see Isaac so unhinged and an effective bit of writing to dissolve that mask in order to comprehend the darkness at the heart of his performance. This initial chapter’s color is vulgar with profane dog names and inappropriate yet relatably pure conversations (“I’m so glad your parents are dead”) that make you wonder if Fogelman is just gleefully enjoying the freedom an R-rating affords compared to his current show “This Is Us”. It’s more than that, though, because of Will’s delicate psychology and the film’s desire to undermine itself in the best possible ways. The humor ultimately influences the gut-punch of his obvious yet worthwhile closing dramatic note.

This is also where he lost me because that pitch-black fun disappears. I overheard someone talking about how he blames Life Itself‘s poor tracking on younger critics being unwilling to accept melodrama at face value. What that generalization forgets, however, is that melodrama isn’t inherently bad. You can’t just label overwrought romances that get picked apart for their flaws as melodrama and call it a day. I actually enjoy melodrama and will even allow that the second two-thirds of Fogelman’s film might be a good example of it had I not been promised something else by what came before. That’s my big gripe here. This unwieldy mess of a film starts out with a glorious unpredictability and without warning never again approaches that impressive vitality.

Fogelman gets our minds used to an unreliable narrator and then expects us to believe the next narrator isn’t. I won’t lie: I kept waiting for the other shoe to drop. For half-an-hour I was led on a roller coaster ride of flights of fancy and alternate in-film interpretations, so why wouldn’t I anticipate the same again? Instead Olivia Cooke’s character becomes our new “hero” trapped under the crushing weight of lose and nihilism. Next it’s Sergio Peris-Mencheta’s Javier and Laia Costa’s Isabel and then Àlex Monner’s Rodrigo all tragically linked with sorrow working to rip them apart. Frivolity and laughter is gone. I was sold a false bill of goods, conned into believing I’d get the unexpected when reality showed I’d never receive another surprise.

So is the melodrama of the last two acts bad? No. I felt for Cooke’s Dylan and found the who’s-the-villain-and-who’s-the-hero shtick between Javier and Antonio Banderas’ Saccione intriguing if obvious by asking the question. None of it reinvents the wheel, but it’s effectively drawn to ultimately circle back for its message of love that’s not as mind-blowing as the film appears to believe. Again, though, I held my breath for the rug to be ripped from under me. I waited for Fogelman to give me another sly smile only to find myself growing a scowl of frustration with each new heartbreak that’s never as good as Will’s. That first hero’s story was strong enough to have its own feature—we didn’t need two more generations muddying the waters.

There’s too much going on. Maybe if Fogelman had a season of television to delve into these characters’ connections and inject the vigor of Will’s chaotic mind into the quieter passages that follow, Life Itself could be great. Because it’s so disjointed, however, it shoots itself in the foot by forcing us to assume something that isn’t true. You can’t play with our heads to the scale he does without knowing we’d expect more. So don’t say I’m too hard on Fogelman for not delivering what I personally wanted because he constructed his film to make me want it. It’s a real shame too since the first act earns more delight from me every time I think about it. The rest? It’ll probably be forgotten within the week.