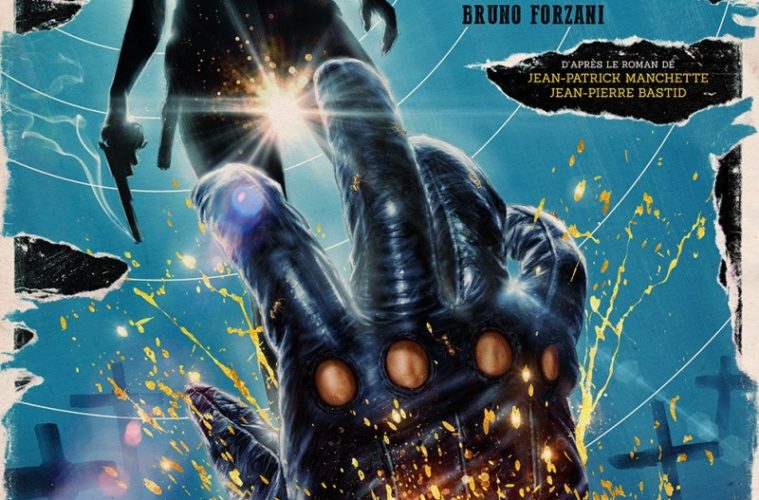 TIFF Review: ‘Let the Corpses Tan’ Displays Impressive Formalism, Without Much to Say

The filmmaking duo Hélène Cattet and Bruno Forzani have gone about in some kind of relative obscurity since their first feature Amer in 2009. While that striking debut perhaps should’ve garnered them more attention, as well as the subsequent The Strange Colour of Your Body’s Tears, it feels safe to say they’re not out to get that crossover hit. If anything, they seem content kind of just doing the same thing over and over again.

To those not in the know, their whole deal is doing riffs on genre that cut out virtually all the connective tissue, leaving simply a procession of visual tropes. In the case of Let the Corpses Tan, there’s closeups on squinted eyes and gun barrels, aggressive whip pans and overbearing Morricone-esque music cues. Some will say they’re filmmakers made for those who find most Italian exploitation movies boring for the majority of their runtime; others will call them outright avant-garde filmmakers with the intention to turn post-modernism into a genuine aesthetic instead of conceptual experience. In a way, they reject the Tarantino-style “elevation” of genre; doubling-down on everything that makes these films disreputable.

Their new film is no exception, displaying “action painting” par excellence; smearing blood, sweat, urine, and any other color imaginable onto the screen, and at such a rapid pace, paired with loud gunfire and, not to mention, the repeated crunch of leather gloves and jackets. Perhaps the fetish filmmakers of the 21st century, just writing a description doesn’t even come close to doing justice to quite how abrasive the experience of the film can be.

With their third feature, they tackle the poliziotteschi genre instead of the giallo (here’s hoping for the peplum next). The picture is focused on the fallout of a gold bar robbery in the Mediterranean; a gang of thieves, artists and motorcycle cops colliding to a naturally bloody end. Adapted from a novel by Jean-Patrick Manchette and Jean-Pierre Bastid, yet still not providing too much in the way of narrative, this writer could at least discern plot points involving a Rabid Dogs-like kidnapping, a Treasure of Sierra Madre-inspired descent into greedy violence and, of course, some psychosexual hijinks that likely invokes every genre picture of the past fifty years. If there’s a driving force one can find, perhaps it’s just the greed in a man’s eyes at the sight of gold.

I’ll no doubt see every film they make, genuinely appreciating them as a theatrical experience, one questions how much they’re really to be actually enjoyed. The specific problem is that they feel increasingly like talented formalists with nothing to actually say. Certainly that extends to a number of influential directors in cinema history, yet their kind of White Elephant formalism, one in which every criticism of repetitiveness can be met with “but that’s the point!” does get tiresome.

Let the Corpses Tan comes as a great example of a reserved recommendation; it has all the tenets of a great film experience, but inspires none of the real passion to make it linger. Perhaps the perversity they seek needs a little less genre-savvy intelligence and a bit more idiot savant chutzpah.

Let the Corpses Tan premiered at the Toronto International Film Festival and opens on August 31.