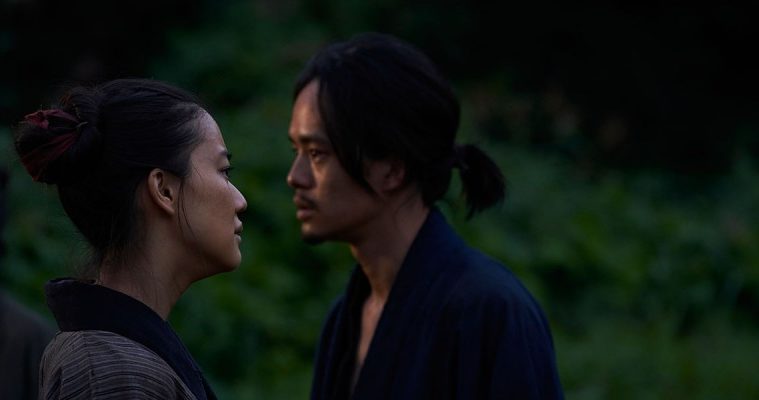 Shinya Tsukamoto introduced his latest film Killing at the Toronto International Film Festival as a “desperate scream.” The writer, actor, director, cinematographer and editor is terrified of modern Japan’s (and thus the world’s) move “closer to a state of war after 70 years of peace” and has chosen to express that anxiety by returning to the tumultuous end of Japan’s Edo period; bringing the samurai picture of cinema’s past into the world of his uniquely violent, psychosexual, raw-nerve style of cult filmmaking.

Filled with the worldly anguish you can find in most Tsukamoto protagonists, a young ronin (Sosuke Ikematsu) spends his days assisting a local farmer for money and sparring with the farmer’s son for fun. However, the threat of an impending civil war quickly dissolves their domestic routines as bandits—as well as a weathered samurai (Tsukamoto) whose impulsive violence ripples through the townsfolk—begin to make their way across the countryside and the escalating carnage becomes impossible to ignore.

For those who know him for his Tetsuo film series, complete frenzies of grotesque, sexually-repressed industrial body horror (overtly inspired by the early works of David Lynch and Cronenberg), Tsukamoto’s transition from oil and steam to grass and wood might seem strange at first; his characteristically jolting, untethered handheld photography and off-kilter cutting doesn’t appear to merge well with our understanding of, say, a Kurosawa ronin film but through that formal imbalance he discovers the kind of feverish delirium that accompanies senseless violence.

For a genre picture the blood-letting is rather spare; there’s exactly one sequence of sword-fighting, Tsukamoto relying almost entirely on our knowledge of samurai movies, using that delayed anticipation and an unrelenting tone to suggest that threat of it is always present. One of the film’s first images is an imposing close-up of a katana, drums pounding while the camera begins to shake uncontrollably, the pain it’s about to unleash struggling to contain itself. It’s the key image of the film, the violence possessed within that steel lingering long before and long after the narrative we see unfold, Tsukamoto ultimately interested in the moral act and psychological deterioration of resisting it.

The dialogue is sparse, too. We gather through routine and gestures that the ronin and the farmer’s daughter (who is upset at the idea of her brother wanting to become a killer) have repressed feelings for each other that echo their pacifism. A fear of instigating or acting out of turn, that is eventually fulfilled when the impetuous nature of the weathered samurai results in the brutalization of the entire family. It’s at that point in the film that the ronin’s psyche erupts; the senseless, irreversible bloodshed sends shockwaves through the picture and what follows is a literalization of the ronin as he wanders through a forest in a hallucinatory flurry of sweat and flesh.

“You’ll seen bleed to death, so reflect on your life,” Tsukamoto’s samurai says at one point. Killing feels like that reflection. A pure, open-wound psychosis, a bloody sunstroke haunted by the fear of war—like the film itself is suffering from blood loss. The swing of a blade taking us from sunlight to moonlight, an unnatural amount of blood spewing while the only thing left to hear are the reverberating screams of the one you love. Rain can’t cleanse that.