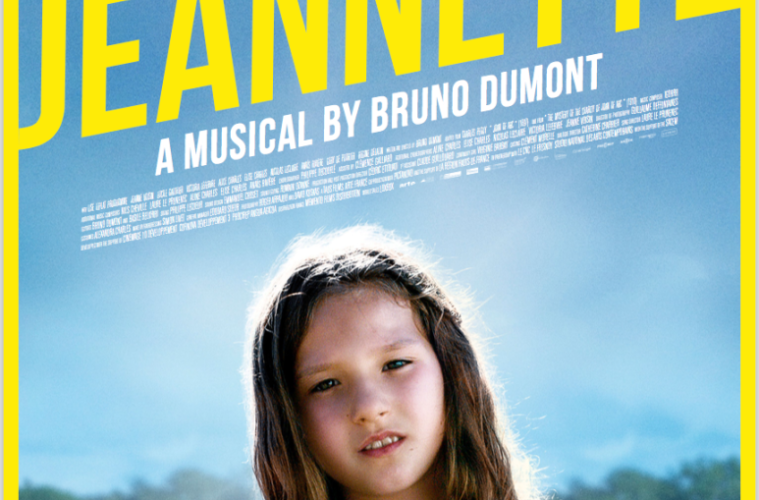 TIFF Review: In ‘Jeannette: The Childhood of Joan of Arc,’ Bruno Dumont Gestures Toward Complete Reinvention

It’s easy to imagine the “old-school” Bruno Dumont Joan of Arc film; faith, martyrdom, and the landscape of the French countryside intermingling to a wrenching finale, with Bresson and Dreyer certainly paid their transcendental cinema due. Though perhaps realizing their films weren’t the be-all, end-all in terms of representing the French icon, even if Preminger, Rivette and uh, Besson, had also offered their own takes that showed a portrait beyond the trial and subsequent burning at the stake, he finally set about making it, but as a new artist.

Jeannette: The Childhood of Joan of Arc is part of what could cynically be considered a “rebranding” for a director who was, alongside Michael Haneke, the face of austere, po-faced festival cinema for most of the first decade of the 21st century. Yet Bruno Dumont, who since 2014’s Petit Quinquin, a comedic reimagining of his most seminal work, Humanite, has gone about revisiting themes and motifs of old but with a new lighter side.

Yet before Dumont could even be safely recategorized again, Jeannette goes far beyond the label of goofy lark, as there’s no real ironic distance in its musical form, anachronistic dabbing and all. Moreso, it’s actually remarkable how simple the film is at times, as if you subtract French electronic artist Igorrr’s booming score, you’ll notice the tenets of a classical musical; unostentatious camera work anchored by actors’ movement captured within a boxy 1.66 aspect ratio. Though subbing the natural location of the north of France for a studio soundstage, cinematographer Guillaume Deffontaines’ work at times does recall the beauty of Lisandro Alonso’s Jauja.

Formalism aside, the film presents her spiritual awakening, a usual Dumont theme, still free of irony despite the surrounding hijinks. While it’s definitely hard not to crack a smile at all the head-banging that ensues, or how almost outright tacky and frankly uncool the film risks being at times with its bevy of musical numbers, they speak to the overall earnestness and conviction that arises from the film. It seems to walk a tightrope of tone throughout, even if we’re maybe being inclined to laugh “with” it.

There’s certainly another gambit, that being in how the first half of the film hinges on an 8-year-old’s performance, to which the young actress Lise Leplat Prudhomme gamely holds the screen. Structured with Jeannette as child and teen, living in a village, realizing her faith in God and praying for the “warlord” — which is maybe the most metal term one can think of — to come, she’s still the classic Dumont lead, but one who’s doubt and subsequent assertion comes represented as another form of violence.

Ending right before our heroine marches into war, most would think Dumont has cut off what made Joan of Arc iconic to so many filmmakers, the aforementioned suffering. Yet rather he’s made a gesture towards complete reinvention, both for a tale told many times and the boxes he’s been checked in as an artist. One cannot even imagine what he’ll do next.

Jeannette: The Childhood of Joan of Arc screened at the Toronto International Film Festival and opens on April 13.