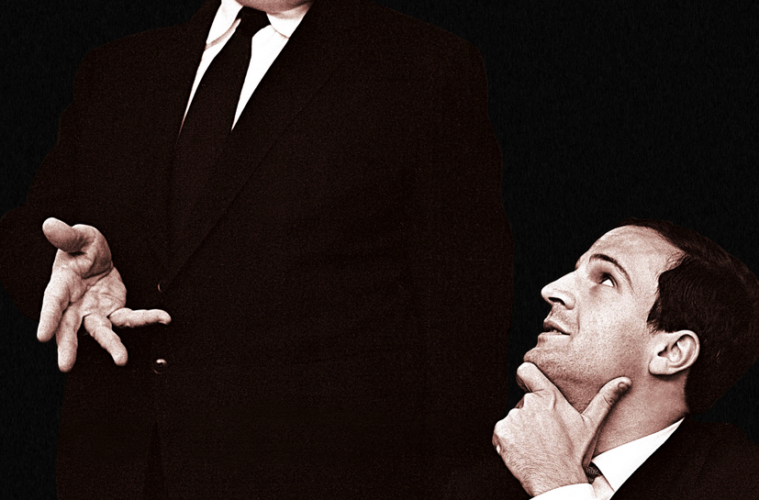 We’ve heard it many times before: back in the ’50s and ’60s, Alfred Hitchcock was considered just a vulgar entertainer, making box-office hits for the unwashed masses while the William Wylers and Joseph Mankiewiczs of the world — really, just pick a name from the “Less Than The Eye” category of Andrew Sarris’ The American Cinema — showed the “truth” of the medium, at least according to the American and British taste-makers. Yet, of course, the influence of French criticism (chiefly auteurism) found its way into the mainstream, partly thanks to the publication of Hitchcock/Truffaut, the transcription of hours-long interviews between the master of suspense and the face of the French New Wave. Extensively covering Hitch’s craft, themes, and the influence on the seemingly far-different Truffaut’s body of work, it helped many realize that Hitchcock was perhaps American cinema’s greatest artist. Again, just in case you didn’t know the story.

Having this recounted for the umpteenth time, though, comes with a certain expectation, being that the one doing it for us is Kent Jones, who we can call, easily and without hyperbole, one of our most erudite film critics. And to help him with it are a killer line-up — if, regrettably, all-male, and almost entirely white — of talking heads: including New Hollywood icons (Martin Scorsese, Paul Schrader, Peter Bogdanovich), contemporary auteurs (Wes Anderson, David Fincher, James Gray) as well as the children of Truffaut (Olivier Assayas, Arnaud Desplechin). Yes, Brian De Palma is probably left crying somewhere. Despite all the highlighting of passages from the book, this documentary comes less to condense it, but rather have the directors speak of the influence and importance of Hitchcock.

As highly watchable as it is for any cinephile, the question arises: why now? To make more sense of contemporary cinephilia, or rather to form a through line in a field of interest increasingly marked by confusion and contradiction (all due to the Internet)? In one of the most interesting interview comments, David Fincher notes that Hitchcock’s films were a response to the structured society of the time, which he turned on its head and gradually revealed the evil underneath of, while today’s sensory overload of screens and information is more difficult to turn inwards.

Thus in the age of internet cinephilia with torrent sites / Vulgar Auteurism / Tumblr screencaps / .gifs both grandly expanding the canon, yet taking images out of their context and creating a more difficult, agitated relationship with how we relate to moving pictures, Hitchcock/Truffaut’s own classical presentation feels like it could be a radical proposition of sorts. While Jones’ film certainly comes off as a giant reaffirmation of old-school boys’ club auteurism, when cinephilia inevitably turns on Hitchcock in the future (every one of the greats has to go through at least a couple cycles of being unfashionable), it could at least still stand as its own touching time capsule.

Hitchcock/Truffaut is screening at TIFF and opens on December 4.