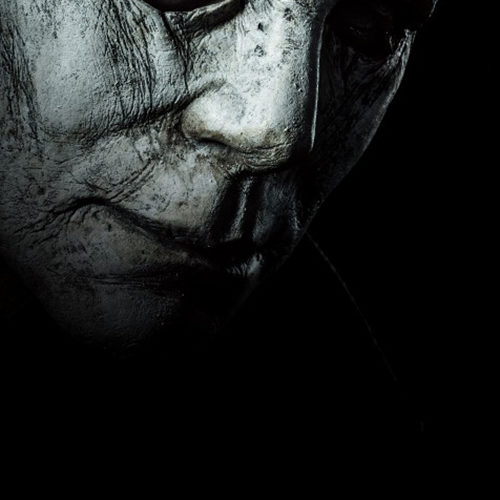 John Carpenter’s original Halloween is a testament to how much can be achieved through narrative economy and moody stylization. The film’s pioneering use of Panaglide widescreen POV and tracking shots, combined with its horrifying use of negative space, brought American suburbia into a more abstract realm of subterranean evil. It conjured an existentialism that seemed to get lost in subsequent sequels that spent most of their time fleshing out the more literal history of Michael and Haddonfield, Illinois when everything that needed to be said had already been done so formally. Exceptions, however, include the anthology-inspired third entry Season of the Witch, and Rob Zombie’s late 2000s remakes, which even when humanizing Michael through narrative—and doubling down on Halloween II’s lame twist about Laurie being Michael’s long-lost sister—managed to shake the franchise up in a valuable way with a much messier and feverishly psychosexual style. This is all to say that it is the aim of David Gordon Green and Danny McBride (the unlikely comedian duo behind this new entry) by wiping out all previous franchise continuity, mimicking Carpenter’s aesthetic and maintaining a distinct mission to keep this as simple and relentless as possible, to return the Halloween franchise to its roots established by Debra Hill and John Carpenter in 1978.

Halloween opens quickly with a reminder of the nigh cosmic nature of Michael Meyers, how even in an overtly contained space his sheer presence has the power to psychologically infect his fellow patients, the journalists interested in his story, the multiple psychologists who have studied him over the years, and of course Laurie Strode (Jamie Lee Curtis), who 40 years later has had her loneliness she felt as a teen compounded by the trauma of Michael’s original Baby Sitter murders. Living in a constant state of fear for decades, she’s alienated herself from the community even more, turned to drinking and been declared an unfit mother for turning her own household into a militia base with all kinds of guerilla traps, guns, cages, motion sensors, preparing her and her daughter (and now granddaughter) for Michael’s inevitable return.

“I wish I had you all alone, just the two of us” is a line from a fictional song that’s sung by Laurie in 1978. It’s a revealing moment of yearning in a film that’s largely considered to have popularized the reactionary element of slashers that the sexually promiscuous be punished for their transgressions, and though it’s true that later films inspired by Carpenter would perpetuate that attitude, Carpenter’s original seemed much more interested in the broader idea of loneliness. Not only is it an implied purpose to Michael’s killings, it’s also in that aching loneliness that Laurie becomes more observational and aware of Michael than everyone else around her—a shared seclusion between the two that left her, for better or worse, conscious of the abstract wavelength of death lingering just under the surface of her town.

Despite all the self-conscious reverence, occasionally flat humor, and postmodern winking of the Wes Craven variety that the film could live without (though, as far as franchise reboots go, we could do much worse on all three counts here), surprisingly it’s this element of the original that Green and McBride seem to be expanding on the most with Halloween. The aesthetic aping and franchise callbacks that fans will be biting at the chomp for will be sufficient for them; the kills are plentiful and the splatter sticky, meanwhile Green and cinematographer Michael Simmonds do excellent work with the widescreen frames, using all kinds of background/foreground tricks as well as reflections and shadows—a tracking shot sequence with Michael going through multiple homes, the camera sometimes following and then losing him is unbearable to watch and there’s an inspired motion sensor sequence is that is very impressive in terms of lighting and cutting for Green’s first horror feature.

Yet it’s this mostly unspoken perversity of isolation and inherited violence that makes Halloween sing. 40 years of stewing, infected by Michael, have made Laurie unhinged, the history and sorrow in Curtis’ eyes doing more than any of the writing to evoke this. And in her loneliness (both self-imposed and not) she has obsessed over him and become like him, not unlike the effect he has on his psychiatrists—multiple clever reversals that put Curtis in the stalker role hint at this and at one point she mentions praying that Michael would escape so she could kill him herself and a cop says, “What a stupid thing to pray for.” It’s a good joke but it also stings because what she’s seeking is simply the logical conclusion to Carpenter’s originally fated duo.

Laurie is only doing what feels right in overcoming her trauma, and in this case what feels right is yearning for Michael to be set loose (“rehabilitation through confrontation”), as a result infecting more people including her own loved ones. And boy does he infect. The sheer body count alone won’t prepare folks for just how much blunt cruelty (head-smashing fans, get hype) this contains, and it only serves to further the perversity because the implication is that this disturbing infliction of pain, this dream of death Laurie has wrought, is ultimately the cure for the mythic loneliness and reverberating existentialism Carpenter established in 1978—the final shot here echoing Carpenter’s idea of this violence existing long before and long after the events we’ve watched unfold, by carrying with it the suggestion that shared pain is the tightest bond we have.

Halloween screened at the Toronto International Film Festival and opens on October 19.