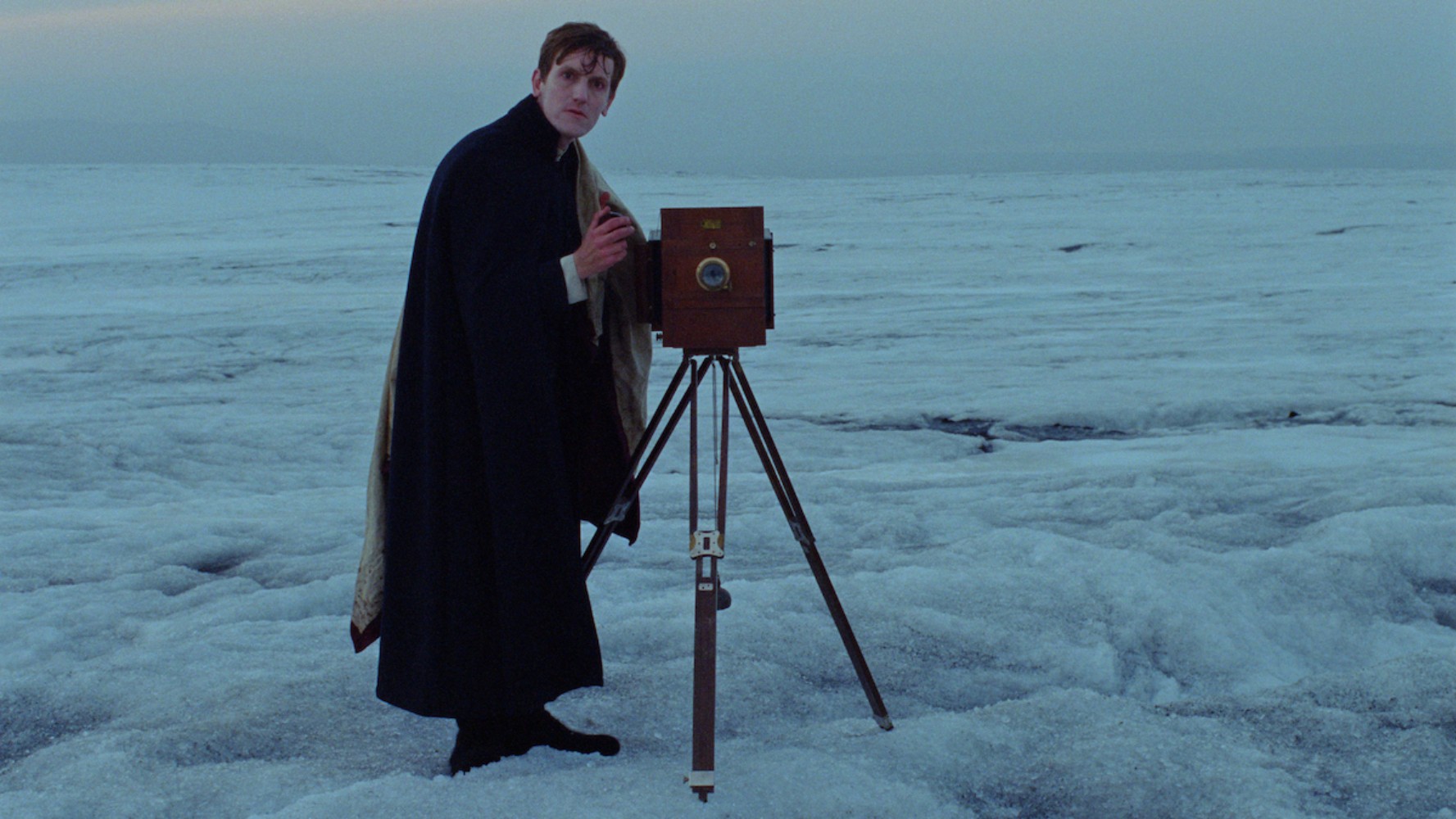 Featuring onscreen text explaining how the film was inspired by left-behind photos taken by a Danish priest while visiting Iceland in the late 1800s (as opposed to how it was actually suburban American child Andy’s favorite movie in 1995), Godland takes on the heavy weight of a historical object. But though this is really a film fighting a battle between formalism and compelling dramaturgy, the questions it asks will actually be much simpler.

Our stand-in for the unnamed priest of historical record is the young Lutheran Lucas (Elliot Crosset Hove), assigned to help build a church in rural Iceland by his rather bored-looking superior in the ministry (he spends the meeting eating food, not making eye contact). Yet this is no easy task: Iceland is wild country and Lucas’ trek will take him into the so-to-speak heart of darkness.

Frankly, this writer was expecting Godland to be a slightly tougher sit, but the surprising brevity of its first third carried interest for a long time. It’s no coincidence that Hlynur Pálmason’s film employs the time-lapse trick at multiple points, knowing when’s long enough to hold a shot to convey something, instead of the masturbatory slow-cinema trappings that would seemingly strangle a film of its ilk. This, even with the square aspect ratio—corners rounded, a stylistic tic that began almost a decade ago with Jauja—that usually is a signifier of peak-self-conscious artiness.

For all the grousing about easy arthouse aesthetics seen on the festival circuit, one can forget how genuinely hard it is to actually capture such a unique environment, and the old-fashioned muscular moviemaking here is a genuine spectacle to witness. Naturally a number of Hollywood science-fiction blockbusters (e.g. Prometheus, Oblivion) have used the Icelandic landscape to convey a sense of the otherworldly. And the punishing environs captured here got at something even greater, beyond just the harsh winter that eventually works against Lucas and his Icelandic compatriots (as well as the best movie dog in a long time). One takes instant notice of the “wet” quality: damp grass, constantly falling rain, crashing waves complimented by an immersive sound mix (see Godland in a theater) and avant-garde musician Alex Zhang Hungtai’s foreboding score that highlights the march to doom.

However much skill is on display, the film begins to falter with its lead. While the clean-shaven Hove has a bit of a Karloff-like visage that audiences will be sure to remember, his character remains too opaque and quiet until what seems the last third, where the film charts his descent into madness or, really, just boilerplate Scandinavian misery (see Bergman and Dreyer). Naturally amassing contempt for the sinful rural dullards he’s supposed to preach to and the miserable environment they inhabit, Lucas can’t help but curse himself to damnation. Despite an attempt at romance, there’s lacking any kind of genuinely warm counterpoint between human beings throughout, and the prettiness maybe comes off as something of a detriment. Even a corny, faith-based movie like Father Stu has more of a “spiritual” feeling in its bones.

Still, if it comes up a bit short against the true downer masterpieces of punishing Euro cinema, Godland’s beauty shouldn’t be taken for granted. It’s just psychology-through-landscape that remains the greatest trick to actually pull off.

Godland screened at the Toronto International Film Festival and will open in the U.S. from Janus Films and Sideshow.