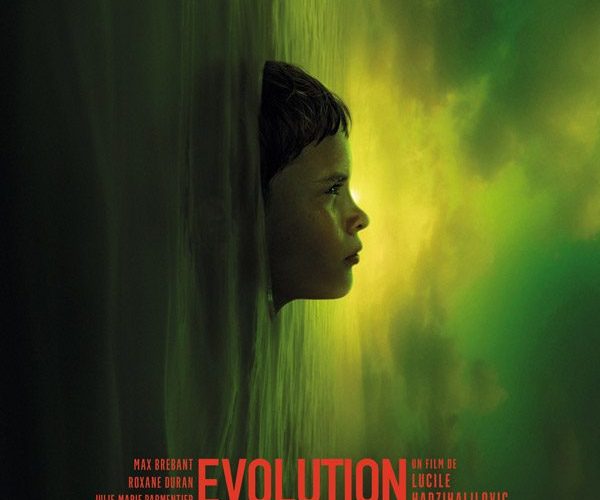 Near the beginning of Evolution, there’s a shot that hangs underwater, showing a seemingly harmonious aquatic eco-system that’s glimpsed just long enough to create the sense of something that, while somewhat familiar, is distinctly outside the human world. This fleeting image though shows the promise of the film Evolution could’ve been.

With a plot threadbare enough that it’ll get the defensive label of a “dark fairy tale” or something along those lines, we follow Nicolas (Max Brebant), a young boy living on a secluded island who has his first encounter with death, witnessing the corpse of a dead boy his age while swimming in the ocean. Doted over by his mother (or is she?) in this small community also containing many other young boys, it perhaps takes a little bit of time to realize how strange Nicolas’ home actually is.

Danger comes more into the equation though once it comes clear that his mother (and the various other adult women on the island) have greater plans for the boys; could there be a link to the fact that all the boys have strange suction cups on their backs and that all the adult women are pale, gaunt and with barely visible eyebrows? Well, Nicolas is only a few hungry mutant babies, withering masses of naked women, and a few trips to a dank operation dungeon away from finding out.

A silly horror movie at heart, Lucile Hadžihalilovic‘s Innocence follow-up seems to confuse “ideas” with “prolonged silences,” certainly pertaining to both our young protagonist clearly directed to look as pensive as possible for an 11-year old in his many close-ups, as well as the many creepy “nurses” on the island. In fact, the film is epitomized in one scene where the nurses are show birthing videos of mutant children, in close-up making a small spectacle of their blank expressions. In this we see both trying to read something into empty gestures, as well reacting with no emotion to something supposedly horrifying.

Despite all the needles going into skin throughout, Evolution feels ultimately bloodless, as if every attempt at some kind of sensory overload is muted. One wants it to let loose the way a less pretentious genre exercise likely would, say how John Carpenter’s metaphysics-heavy Prince of Darkness wasn’t afraid to throw in a bunch of acid-vomiting demons for the cheap seats, something that at the very least gave it more fury and verve than the “tastefulness” of Evolution.

Furthermore, while it would take a lazy critic to throw out the Marilyn Manson music video comparison (which, to be fair, has implications both good and bad), the film does seem like a world designed, but not really inhabited. And it makes sure to strain to remind you throughout.

Evolution is screened at TIFF and opens on November 25, 2016.