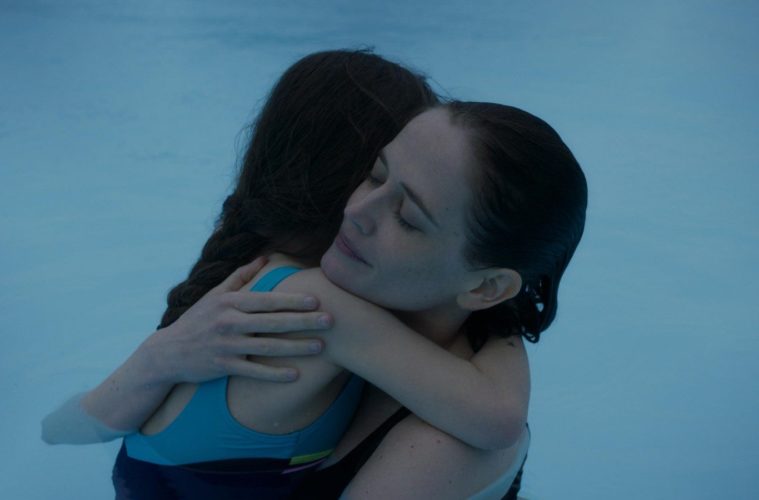 A last-minute addition to a Mars mission precursor via the International Space Station, Sarah (Eva Green) is simultaneously excited and anxious. While space travel was her childhood dream, the sheer logistics of this journey dictate a year away from her young daughter Stella (Zélie Boulant). Her ex (Lars Eidinger’s astrophysicist Thomas) must confront this reality to pick up the slack as a full-time parent, but she does too considering the milestones, struggles, and joy she’ll miss. And her team leader tipping his hand to chauvinism (Matt Dillon’s Mike calling her a “space tourist” by saying, “I’m not calling you a space tourist, but can you cook?”) exacerbates things by showing Sarah must go the extra mile to unfairly prove herself while traversing the inevitable rising tensions with Stella.

Writer-director Alice Winocour intentionally leaves an open-ended question hanging throughout Proxima so we can wrap our heads around the complexity of what it means to do something so profound and yet still wonder if you’re being selfish for pursuing the accomplishment. It comes in the form of a signature stating that Sarah wants to be notified in space if something were to happen to Stella on Earth. Initial reactions assume an automatic “Yes,” but think about the sense of futility you would feel—the helplessness as far as your inability to be the comforting, physically close mother to which your child is accustomed. Mike might callously suggest finally “cutting the cord” to wall off her focus, but it’s not that simple. A parents’ worry can’t be turned off.

So Sarah faces arduous training of body and mind in tandem with separation anxiety born from “abandoning” her daughter. There are means of communication like phone calls and video recordings, but life must move on at some point—at least for Stella. She’s dealing with a new school and home devoid of her usual security blanket. And when the one assigned by Sarah’s work (Sandra Hüller’s Wendy) dares to do her job, jealousies do fester. Add disappointment and anger when Thomas constantly risks missing the few flights to Russia Stella has for in-person visits (where the astronauts are preparing) and the best of us would start to unravel too. Now think about a kid involuntarily insulating herself from the fact her mother is literally leaving the planet.

While Winocour does her best to focus on Stella’s psychology, however, the real focus lies squarely with Sarah. Those few times we do go to the girl’s point of view generally carry a very intentional cut to her mother finding out what went wrong. So you get the knee-jerk response of exasperation and guilt gradually dissipating until the next revelation arrives at an even more inopportune time since they’re all ill-timed for someone in Sarah’s position. Eventually Mike catches on and tries to both relate and disarm, inexplicably exposing his worth as a leader. Because it’s disingenuous that it only happens after he realizes she’s “up to the task” and thus able to let his overt antagonism evaporate overnight, some interactions with peripheral players do feel rushed.

I’d even go so far and say Dillon’s performance suggests added drama to come that never does. He’s so lecherous at the start that it became a guarantee in my mind, but perhaps Winocour is simply showing exactly how different this job is for women. It’s no coincidence that the end credits specifically memorialize those women who’ve flown to space nor that we learn about the additional decisions that must be considered such as menstruation and how tampons count towards your personal weight limit. The way in which the program itself tries to dehumanize parents is quite stunning to watch especially as military men flaunt their control to put others in their place. Mike knows this but not acknowledging it with Sarah until late sows lasting mistrust.

It’s one more struggle she must contend with and one more to influence her tug of war as far as when to push Stella away and when to go above and beyond to bring her close. While the way in which the latter manifests becomes this over-the-top cathartic adventure of sorts, its heart is as genuine as the more nuanced moments that preceded it. This is a very quiet and contemplative film driven by characters above plot. So don’t expect any flashy flameouts besides a few instances of frustrations aired that are instantly followed by contrition. Green is spectacular in the role by really embracing this complexity of living on the edge of selfishness and selflessness. It’s okay to want the challenge and to want to say goodbye.