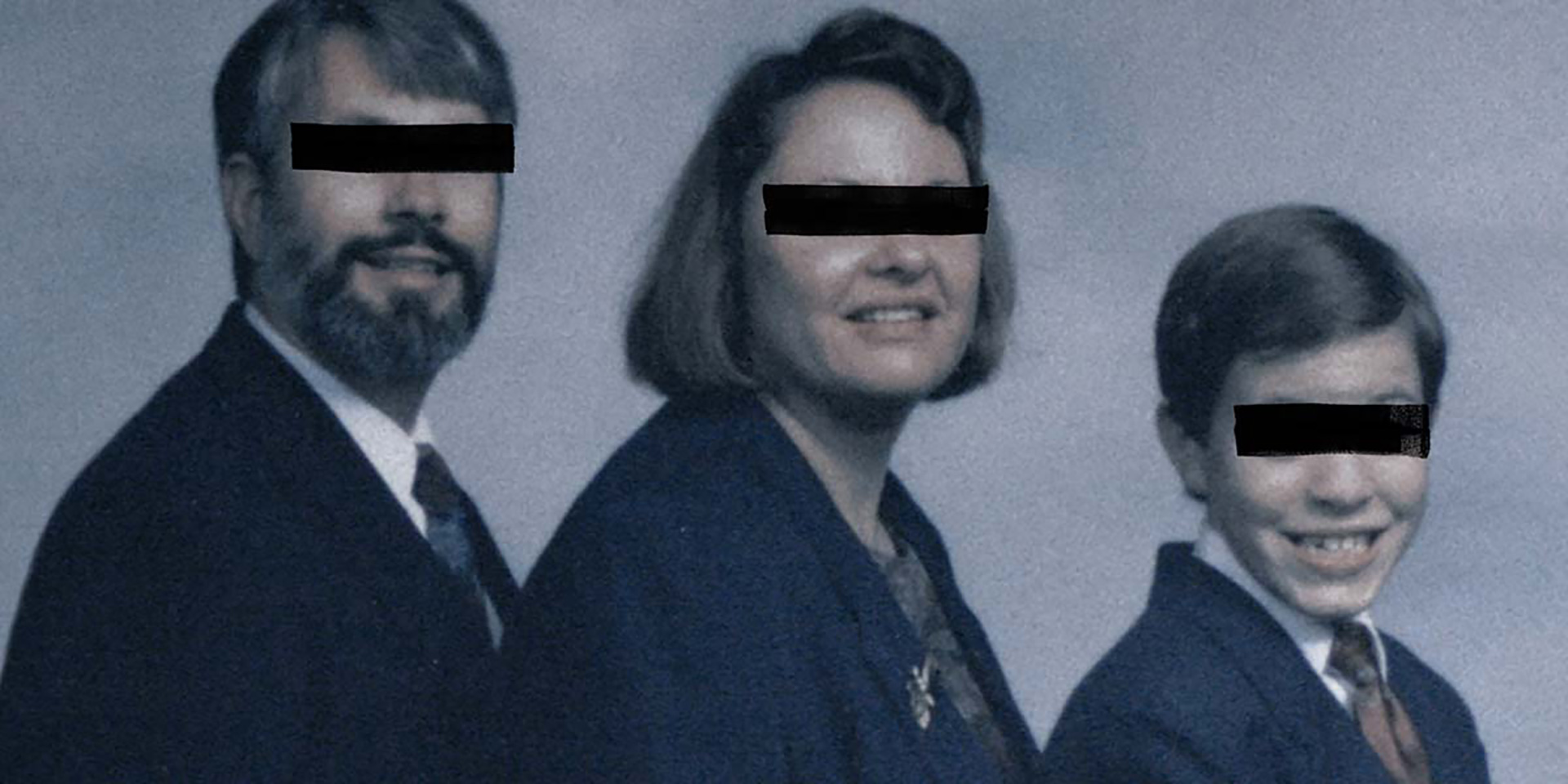 Documentarian Sonia Kennebeck’s feature debut National Bird focused on three whistleblowers speaking about the United States military’s use of drones in secret wars waged overseas. She gave those veterans a platform with which to tell their story and perhaps assuage some guilt while striving to find a hopeful path forward within a world plagued by technological warfare more akin to videogame detachment than seeing the “whites of an insurgent’s eyes.” So it makes sense that she’d also gravitate towards the wild conspiracies surrounding another whistleblower-adjacent figure in Matthew DeHart. He was seeking asylum in Canada at the time for what he believed was targeted criminal harassment by the US government for his role in hosting a server for Anonymous. It was a story that demanded to be told.

Kennebeck wasn’t alone in that sentiment either as National Post journalist Adrian Humphreys followed suit for the paper while anthropologist and academic Gabriella Coleman took an interest as well thanks to a package sent by DeHart himself. They could do the heavy lifting while Matthew was placed under house arrest. They could listen to his story and find anyone related to it that was able to corroborate the details while also lending their expertise about the validity of what they found. Kennebeck allows both Humphreys and Coleman the forum to speak about their process while also interviewing others with intimate knowledge of what soon proved to be a rabbit hole of tenuous connections, circuitous assumptions, and a mix of justified and delusional paranoia on behalf of all involved.

The result is Enemies of the State and its in-depth dissection of what the concept of “truth” has become in an age of blindly devoted acolytes spreading information faster than it can be confirmed. Kennebeck never deviates from her goal to provide an objective look at what occurred through the subjective experiences of those who lived it—so much so that you will leave the theater without any concrete answers as to what is real and what is fiction. To listen to and watch what’s put on-screen is to know that an answer of that magnitude will probably never exist. When every smoking gun arrives with more questions, how can anyone discern between actual conspiracy and conspiracy theory? You can’t. That’s what makes it so fascinating.

What we receive is therefore a mix of both options since the best lies are always born from truth. There’s no disputing that the government was worried about what Matthew saw and has/had in his possession thanks to an info dump meant for WikiLeaks popping up on his Anonymous server in 2010. There’s also no disputing that DeHart was simultaneously the lead suspect in a child pornography case being investigated by Detective Brett Kniss. Things get murky, however, when you place those two truths on top of each other. Because who’s to say that United States law enforcement didn’t make the latter happen in an attempt to mine his hard-drives for evidence of the former? It’s not out of the realm of possibility. But is it what happened?

While a lot of what Kennebeck reveals does lean towards a “Yes,” more may actually lean towards a “No” instead. Once things get crazier, we’re asked to weigh ability against plausibility. Suddenly the reality that Matthew and both his parents (Paul and Leann) had high-level security clearance at one time or another and thus first-hand knowledge of how far the government was willing to go to protect its interests must be reconciled with the notion that such knowledge could also stoke paranoia as a means of deflection. Was the FBI trumping up the child pornography charges to hide their true intent? Or were the DeHarts trumping up Matt’s threat to mask the validity of those criminal charges already brought against him? Can both deceptions be true?

This ambiguity is where Enemies of the State becomes a must-see because it exposes how skeptical we’ve become about the truth. As soon as you admit systems can be manipulated for selfish gain, there’s no denying that it isn’t happening right now in ways that make you the victim. Donald Trump epitomizes this phenomenon because he’s akin to God to his sycophants. They won’t even look at proof of his lies because they’ve decided that anything refuting his words has already been fabricated. So when DeHart earns the backing of other whistleblowers and the media, his story gets spun as one of a maligned hero to everyone that believes the government can’t be trusted. But what if he knew that? What if that was his plan?

Cause and effect are flipped on their heads as Kennebeck intentionally disseminates her information in the order that will supply the greatest potency towards that end. She focuses entirely on Paul and Leann at first so we can feel the emotional connection they have to their son and the “at all costs” attitude they adopt insofar as protecting his freedom. Then she moves to Anonymous so that the stage can be set for the outcry of support thrown Matt’s way despite him never actually leaking anything outside of what the FBI was doing to him. From there we hear about the child pornography charges. We start questioning motives. And finally we experience a necessary alternative perspective from a defense attorney that re-colors everything we willingly assumed was irrefutable.

Are the DeHarts acting as people who know how to escape the system or people who know how to game the system? The answer is largely up to you to decide. Kennebeck gives us the tools with which to create an educated guess as to what truth rises higher than the other, but it can be difficult to change initial opinions once solidified. Just watch as she delivers a final bombshell to Humphreys and Coleman before the end credits. Can everything they discovered, hypothesized, and confirmed be erased? Or will their personal accounts of what happened force them into consuming this ironclad evidence through a filter preconditioned to question its validity? That’s how far we’ve fallen. Doubt in our beliefs has inexplicably become a way to strengthen them.

Enemies of the State premiered at the Toronto International Film Festival.