TIFF Review: Earwig is Gorgeous Gothic Horror in Search of a Story 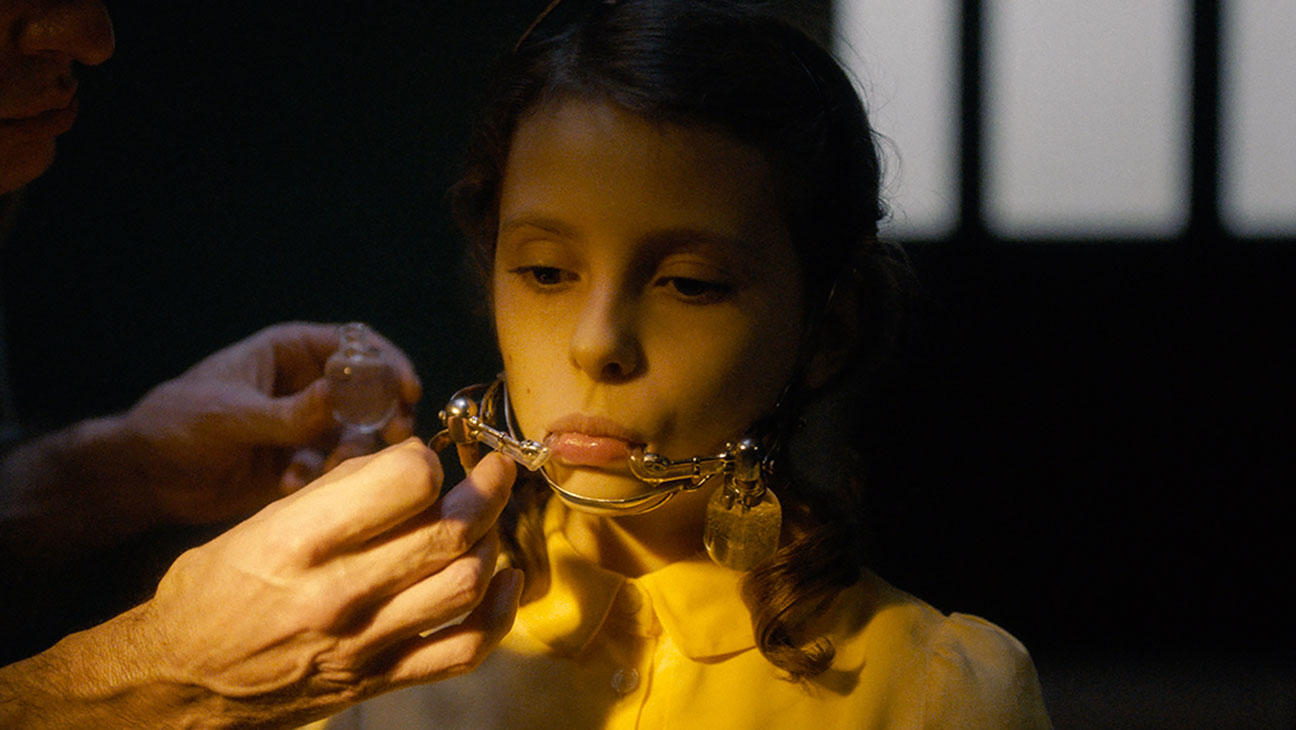 Those who know Lucile Hadzihalilovic’s work will recognize a new film as an event. Having only made two features this century––2004’s Innocence and 2015’s Evolution––a limited output has nonetheless established her as one of the most singular filmmakers working today. Relying on mood more than story, and pulling from horror and fantasy to create surreal, isolated spaces, her films act as cerebral nightmares. Earwig, her latest, offers more of the same for better and worse; the level of control over image and sound remains as potent as ever, but in service of a lackluster story.

Earwig is a variation on themes and ideas that have run through Hadzihalilovic’s other films: childhood, isolation, the transition into adolescence, mysterious authority figures running the show, and other items that evoke the feeling of a dark fairy tale. Set in Europe some time after the Second World War, we’re dropped into a dark, barren apartment where middle-aged Albert (Paul Hilton) tends to Mia (Romaine Hemelaers), a little girl whose teeth are made of ice. Every day, Albert must perform an elaborate procedure where he freezes Mia’s saliva to create a new set of dentures after the current ones melt away. Mia must stay indoors and away from sunlight as much as possible, until Albert receives a phone call from his bosses saying they must prepare to take a trip and hand her off to someone else.

Hadzihalilovic takes her time establishing the sparse details of her story, with an emphasis on minor pieces over exposition (there’s also barely any dialogue, with the first lines uttered close to the half-hour mark). Shooting in natural light, Hadzihalilovic and DP Jonathan Ricquebourg let shadows dominate almost every frame. Albert and Mia wander hallways and rooms that look more like caverns, the darkness providing an opportunity to transition between timelines and spaces that add to the dream logic. It’s gorgeous Gothic horror with all the tension and none of the release, meticulously building a sense of unease and staying there as long as possible.

It’s just too bad that Earwig’s story keeps getting in the way of all that good atmosphere. The film may do a great job keeping things in the dark visually, but the same can’t be said for the needless obfuscation of story details. After the aforementioned phone call disrupts Albert and Mia’s routine, a subplot begins with bar waitress Celeste (Romola Garai) and Laurence (Alex Lawther), a mysterious man who involves himself in her life and may be related to the same men employing Albert. This strand contains Earwig‘s most shocking images, but its presence drifts farther and farther from the main action, to the point where it feels like padding runtime. The same goes for Albert and Mia’s narrative, with the nearly two hours wearing thin as every new development feels designed to keep things muddled. There’s a difference between being enigmatic and just plain difficult. Earwig starts as the former before transitioning into the latter.

But for every moment that might cause frustration, Hadzihalilovic follows it with an evocative image or sound that acts as a reminder of why she’s such an original voice. A recurring close-up of a spinning glass rendering faces and objects into abstract fragments, or a haunting theme by composers Augustin Viard and Warren Ellis, are among the best things in her filmography to date. When it’s not falling into the traps of prestige horror with arbitrary vagueness, Earwig has power to pull viewers into its strange, menacing universe—enough to make this experience worthwhile.