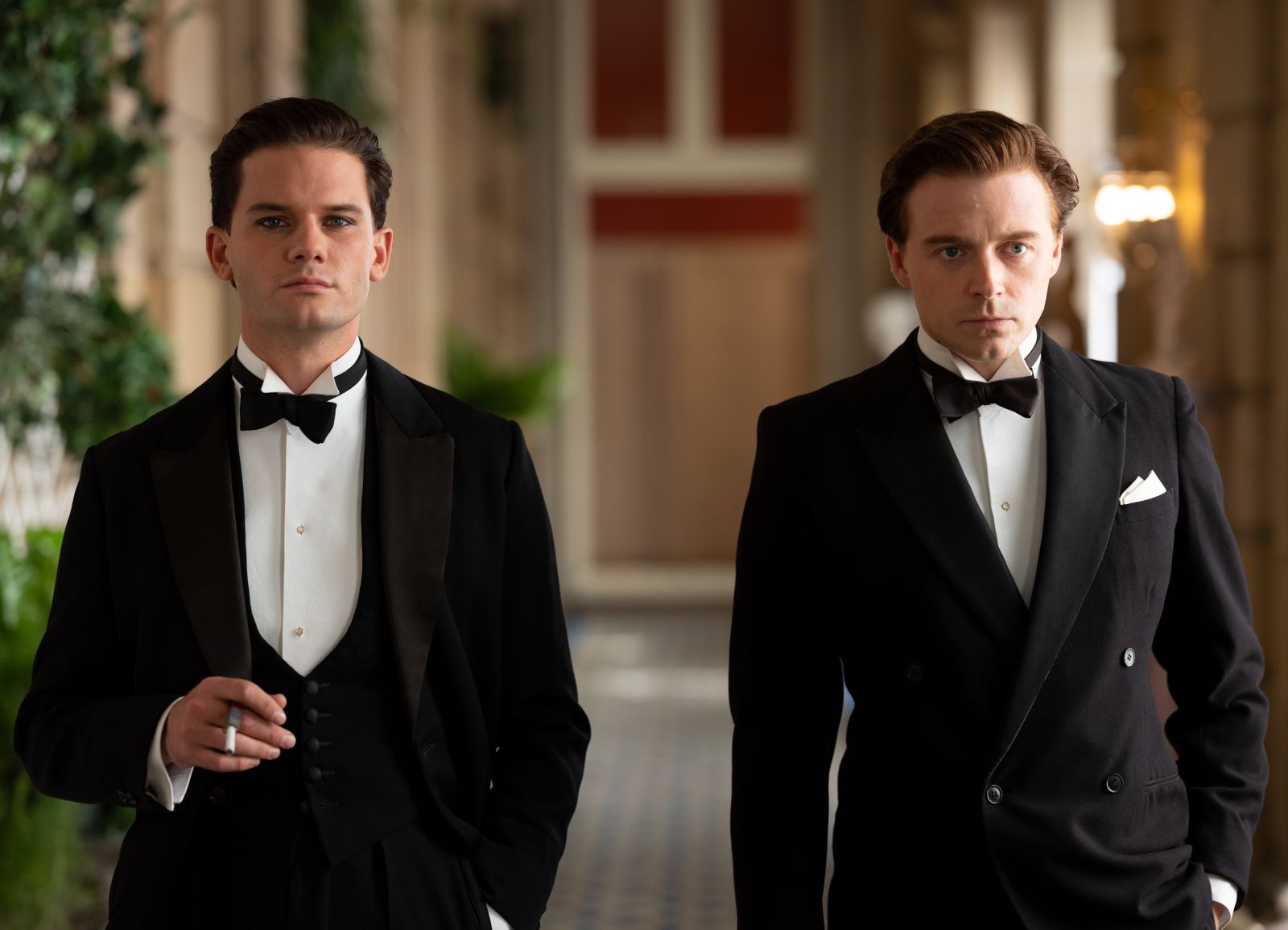 Time is everything in a Terence Davies film. In Benediction, his biopic about English poet Siegfried Sassoon (Jack Lowden), he eventually covers his subject’s marriage to Hester Gatty (Kate Phillips). There’s a shot of the couple standing still, facing the camera as they pose for a wedding photo (a shot that tends to pop up throughout the director’s filmography). The camera flashes, we see the black-and-white photo, and then a fade transitions us to the future, where it rests on their bedside while Hester looks at their newborn child. The sequence is an encapsulation of what Davies does best: observing life with one’s head facing backwards, the cumulative weight of the past bearing down on every moment of the present.

Benediction shows how Sassoon got to that point in his life and beyond, hopping back and forth from his younger days to his older self (played by Peter Capaldi). The starting point is Sassoon’s refusal to return to the frontlines during World War I, writing a letter in protest of his country’s continuing participation in death and destruction across Europe. Sassoon saw it as an opportunity to make a defiant act of protest, but his attempt was neutered: superiors deemed him shell-shocked from time on the battlefield, shipping him off to a hospital in Edinburgh to “recover.”

It’s the first blow of many throughout Sassoon’s life, and a sign of how Davies wants to encapsulate the story of someone so complex. Sassoon saw failure in himself and humanity through his experience during the War, putting him on a doomed course to seek out solace and redemption. How this manifests itself in the years after begins with his sexuality—Sassoon was gay and started affairs with several men, among them Ivor Novello (Jeremy Irvine) and Stephen Tennant (Calam Lynch). Most of these relationships end in cruelty, leading him down the path of conformity through marriage, fatherhood and, in later years, Catholicism.

This all may sound like a somber affair, to be expected with Davies, but Benediction finds plenty of entertainment through Davies’ screenplay. Much like his last film A Quiet Passion, conversations double as linguistic tete-a-tetes, every line a quip volleyed back and forth in a battle to have the last word. It’s rare to hear writing with this much thought and effort, or a willingness to try writing in a way that doesn’t feel dedicated to realism. Sassoon’s involvement with the upper class in the early 20th century also allows Davies to have plenty of fun with some famous figures, throwing out barbs at the expense of Igor Stravinsky or Edith Sitwell. Those familiar with the era will get a kick out of these references; those less familiar with some of the names thrown about can still enjoy Davies’ wit.

Still, the comedy in Benediction is like a spoonful of sugar before Davies brings in the medicine. Sections with Capaldi as Sassoon in his later years provide the kind of existential gut punches we’ve seen in A Quiet Passion and The Deep Blue Sea, except this time with a bit less force. There’s some struggle trying to pin down Sassoon as a person, and Lowden’s turn as the younger self is so understated it creates a certain emotional distance. But a minor effort from Davies is a powerful one, his portrayal of Sassoon’s unfulfilled life undoubtedly moving.