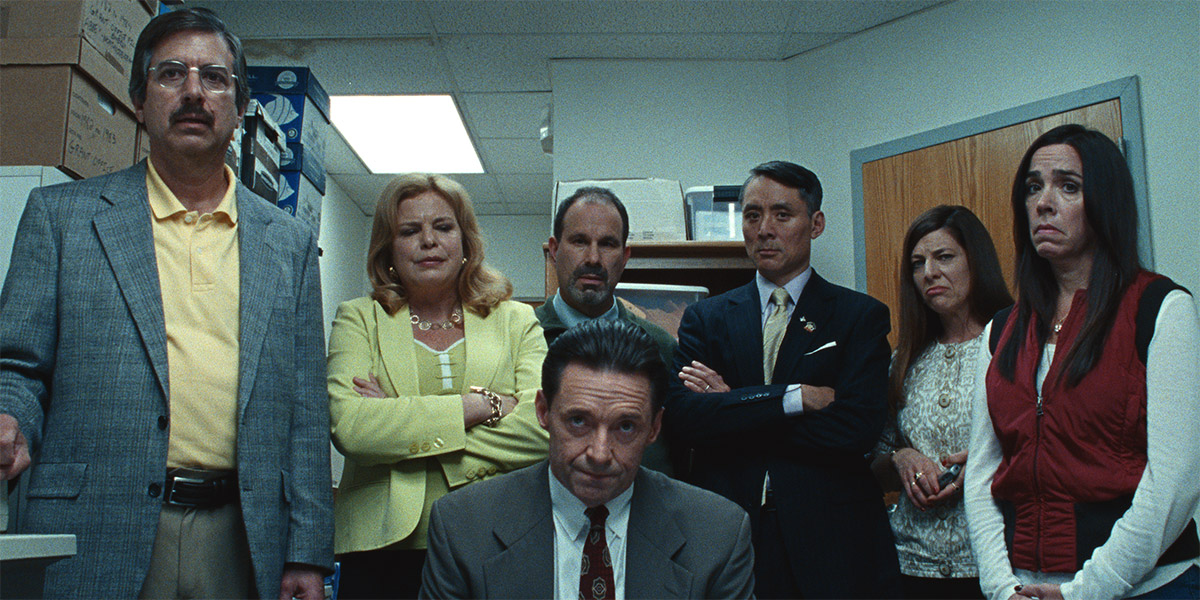 How much would you spend on your child’s education? Lori Loughlin money? Or more working-class parent utilizing public schools while voting Republican to keep taxes low? What’s so crazy about America is that the ethical gap between isn’t that large. We’re a nation priding ourselves on a lie about having the best schools because we’re blind to our own self-sabotage. The kids aren’t the only victims either when overworked/underpaid teachers and administrators are treated like dirt by delusional parents. The same parents that share uplifting tales about regular folks with nest eggs paying off strangers’ lunch debt and supply bills because canonizing “angel investors” is cheaper than pulling their own weight. Who calls them out by using those same stories to expose the systemic problems they helped create? Our youth.

It should therefore come as no surprise that a student uncovered the multi-million dollar corruption scandal in Nassau County’s Roslyn school district. I don’t know if the man at the top truly inspired this teenager to cement his own demise like director Cory Finley and screenwriter Mike Makowsky posit via their film Bad Education, but it’s a wonderful bit of narrative kismet to shine a light on the underlying issues that fostered an environment where this could happen. How much did our country not paying its education employees a commensurate salary factor in? Would superintendent Dr. Frank Tassone (Hugh Jackman) have insulated his assistant superintendent Pamela Gluckin (Allison Janney) once her fraud of taxpayers’ money was found out if her salary was better? You might be surprised.

When freshman Rachel Bhargava (Geraldine Viswanathan) entered the administration wing to interview Gluckin for a puff piece about the “skywalk” project Tassone has been fighting to fund in his pursuit to take the school system to #1 in the nation, there was no reason to suspect a thing. Both Gluckin and Tassone worked crazy hours, sacrificed a lot for the betterment of these kids’ lives, and in turn helped the community prosper with a booming economy and housing market thanks to their rise in educational success (Ivy League enrollment was at an all-time high). If Pam was away from her desk, it was for a good reason. And if Frank beckoned Rachel in to ask him questions instead, it’s because his door was always open.

It therefore wasn’t hubris for Frank to stop Rachel from leaving that office after an innocuous soundbite. Telling her that what she writes is only a puff piece if she lets it be one—regardless of what her editor (Alex Wolff) asks—was him bestowing wisdom only a person that truly cared could. We’re talking about the current #4 district in the country with a wealthy board of directors (led by Ray Romano’s real estate magnate Bob Spicer) and a budget that hasn’t failed since Tassone took his position. He and his staff were altruistic saints making good money, right? That’s how this food chain should work. They guide your kids, business opportunities, and futures towards prosperity while you repay the favor and take care of them.

America is far from such a utopic ideal, though. When parents pass an increased budget, it’s not for administrator raises. It’s to fund some new advancement that will augment their egos. Gluckin merely takes what’s hers by falsifying receipts. She steals a bit more, goes overboard, and leverages the trust her boss (Tassone) and their auditor (Jeremy Shamos) possess in her to accomplish it. So when her idiot son (Jimmy Tatro) becomes her Judas due to an error of convenience, will the others let her take them down too? Will Tassone and Spicer give up their dreams of making this town great because of Pam’s greed? No. They’ll finesse the truth while Rachel’s newly inspired quest for the truth digs deeper to discover Gluckin was just the start.

While those familiar with the real-life story will know what happens next, Finley and Makowsky do a great job keeping those who don’t in the dark. Rumors and assumptions are difficult to ignore as far as who might be involved and what unrelated secrets about them might still be uncovered, but the breadth of these always proves so much crazier than expected. A nice mirror between Gluckin’s co-workers letting her off lightly for self-preservation against Rachel’s father’s plight (whispered about but only given concrete form later) also helps ratchet the suspense of her looming decision to be a lemming or take a stand. Thus far everyone with the power to stop what’s proving to be pervasive corruption chose the former road. That she chooses differently means something.

That she becomes a second lead in the film does too because it centers the entire project on the complexity behind the crime rather than the crime itself. Viswanathan is great in the role with a deadpan poker face to combat any patronizing adult who dares to shuffle her off without providing what she’s asked. Rachel is the type of student Tassone helps foster and that fact shouldn’t be dismissed when all hell breaks loose. Jackman really excels here at toeing the line between his own vanity/survival and an honest to goodness humanitarianism. He both reminders students’ names with a smile from decades ago (Rafael Casal follows up on his breakout with Blindspotting) and has the edge to threaten a current teen with that same grin.

Bad Education is a roller coaster ride from start to finish as the surface sheen of success is peeled back to reveal the proverbial bodies buried to achieve it. And since every subsequent revelation proves more explosive than assumed along the journey there, the drama almost crosses into thriller territory. It’s that area between genres where the characters’ (and our) mounting anxiety creates an air of necessary comedic release thanks to some deer-in-headlights close-ups that can’t help but earn a laugh. These aren’t career criminals biding time until they get caught. They are 9-to-5ers who grew complacent and are just now realizing the jig is up without an escape from the fallout. That’s where our empathy resides despite their transgressions. We can’t condone their actions, but we can understand.